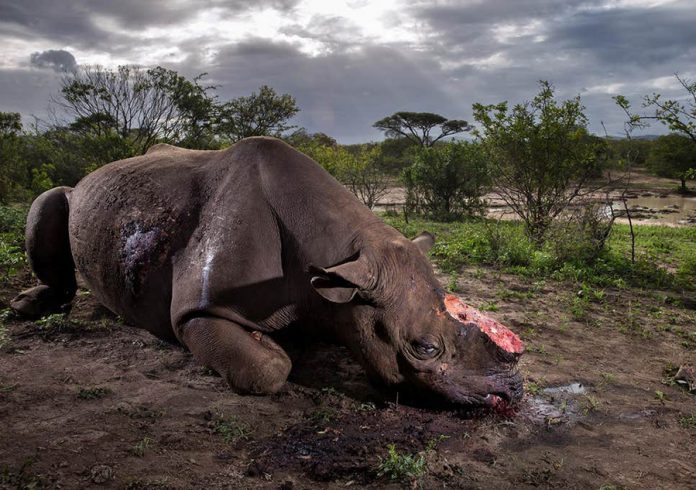 SOME 200 years ago, the mode of existence of the Bantu south of the Sahara included crop agriculture, rearing of livestock, gathering of wild fruits, roots, tubers, edible mushrooms when in season, hunting and fishing.

In what later became Zimbabwe, hunting of elephants, various types of antelope, birds, hares, rodents, cheetahs, leopards, zebras, giraffes, rhinoceroses and hippopotami and some reptiles such as iguanas was an activity in which men were proud to participate.

Animals were plentiful and the region’s population was very much less than it is now. There was a much bigger space for game to live on and reproduce.

Indigenous people used spears, bows and arrows and rather crudely made axes.

Their predecessors to the region, the San (the Bushmen, Bakhwa, amaSili) used bows and arrows.

In addition to hunting, black people and the San used traps, by which only one animal or bird would usually be caught.

As the regional population increased and spread, wild animals, birds, reptiles and rodents decreased, fish also became less due to climatic changes, the region is getting drier as less rain falls, formerly perennial puddles have disappeared and so have many riverine pools and swamps.

From that development, the country’s administration created national parks, that is, well fenced and protected areas in which animals, birds and reptiles live and may not be hunted.

They are supposed to reproduce hopefully in safety. However, many armed poachers have been arrested within the parks, their aim having been to kill some of the animals, rodents such as pangolins, or birds and sell parts of them here in Zimbabwe or abroad.

These poachers think only about themselves and not about the importance of national legacy. They kill rhinos for their horns for which they are paid a few thousand dollars, and are not worried that there are today literally only a handful of those wonderful creatures.

The same applies to other animals, reptiles and rodents. It takes as long as 450 days from the day it has been mounted by a bull for a black rhino to have a calf; and 480 days for a white rhino. An elephant’s gestation period is a breathtaking 660 days, for a giraffe we have to wait for 457 days before a calf by some of those wonders of the African jungle is born.

Hippopotamuses gestate for a relatively shorter period, 238 days, some 48 or so days shorter than a buffalo which calfs after 284 days.

The big cats, the lion and the leopard, have shorter gestation periods than all the animals mentioned above. A lioness litters after 100 and a leopard after 98 days.

Excepting the elephant whose numbers currently run into thousands in Botswana and Zimbabwe, the other kinds of animals are decreasing at an alarming rate.

None of the animals mentioned above rely on their speed to get away from poachers; they instead defend themselves fiercely if attacked.

As for speed, lions can attain a mere 80km per hour, some 16km faster than a zebra whose maximum is recorded as 64km per hour.

Elephants are sluggish at 40km per hour, much slower than a greyhound which clocks just about 66km per hour.

Giraffes gallop at a little more than 51km per hour. Compare that with a healthy human athletic who can sprint for two or so minutes at just about 45km per hour.

A giraffe stands no chance against a greyhound which attains (66km), or against a cheetah whose world renowned speed is a break-neck record of 112km per hour.

Those various animal speeds and gestation periods apart, it is important to emphasise that unless we ourselves respect our national conservation laws, Zimbabwe will sooner than later loose one of its tourist attraction, its wild life.

That has happened in many countries in some of which wild life used to roam near and far, and buffalos would be seen grazing with cattle,  bulls fighting for cows against those of cattle. Uganda is one such country, and so is the DRC and Zambia.

It does not speak well of Africa that its 53 nations have only about two or three zoos.

It is certainly all right that we have national parks.

But how accessible are those parks to most of the people of Zimbabwe?

How many people can afford to travel from Masvingo or Plumtree or Mtoko or Mutare to the Hwange National Park?

It would be more convenient to have a zoo at least in Mutare, Harare, Gweru and Bulawayo, or at least three of them one in Harare, one in Bulawayo and the third at the Victoria Falls.

They could be owned by each of those town councils, and could most effectively promote local tourism.

Such tourist attractions could be sources of immeasurable pleasure to local school children and even adults. People who would like to see a rhino or a python or an ant–eater or an ant bear would go to the local zoo and not to a park where the animal may be in the bush, and not in sight.

That is another advantages of zoos, high and easy visibility of what they have.

Town councils have to look into the need to establish such tourist attractions possibly, in their respective areas.

It would be a great, positive development if each mayor in Zimbabwe was to launch a project to which he or she could later refer as his or her legacy.

Zoos or similar conservation projects, that is to say things that can add tangible value to not only the towns in which they are located, but to the entire nation.

Such tourist attractions would necessitate the amendment of the country’s relevant laws or the enactment of a completely new set of laws to protect the animals, reptiles, amphibians, birds and rodents.

The laws would deal with the overall welfare of whatever is in the zoos, how the zoos should be constructed and maintained, how visitors should be protected and catered for, and the required minimum age and education of the zoo owners including workers the location of the zoos vis-a-vis human residential areas, what type of water sources should be created for them, and the punitive measures the State would take against those who infringe the law.

Saul Gwakuba Ndlovu is a retired, Bulawayo-based journalist. He can be contacted on cell