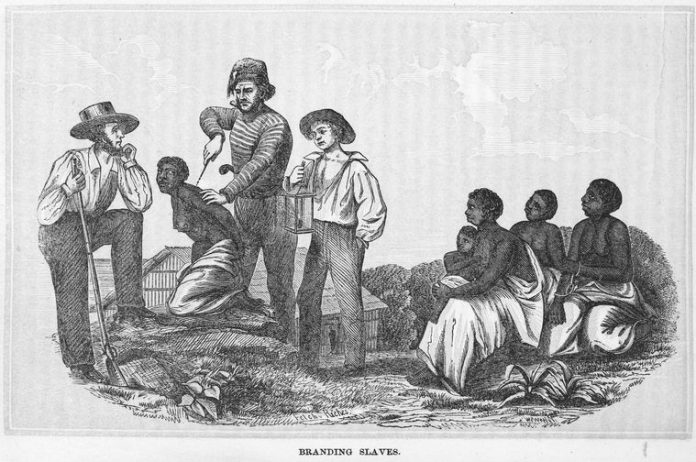 THE ‘point of no return’ during the slave trade has been considered by some as the point of the tunnel leading from the slave dungeon to the ship.

It was the final separation from home soil into the waters of the unknown.

Considering that the black slave was captured from among his own people, it would be natural for such a captive to hope and expect his free kith and kin to mount a rescue operation.

Therefore, the point from the tunnel was the moment of clarity; ‘the point of no return’ where any hope of a possible rescue or escape was lost.

Others contend the ‘point of no return’ was the dehumanisation itself in the dungeons where slaves were forced to live like animals for months; 1 000 people crammed in a holding pen meant for 200.

H.C. Monrad, in his description of the dungeon at a Danish Fort in 1822, writes that, after the capture and branding of slaves they would “…spend the night on wooden pallets, one above the other, in the dark vaults where only a little air can enter through a square hole in the iron-bound door that is reinforced with iron bars … the heat increased through the many people and the odours of that which one at times must excrete and which is collected in big basins, cause an abominable stench that in the morning, when the doors are opened, spreads over the whole fort and contaminates the air …”

At the dungeons, the weak and rebellious were starved to death then thrown into the sea.

The ‘point of no return’ could also be the dehumanising capture and helplessness of being chained like animals for days or weeks.

The captured, forced to relieve themselves in the presence of others, the shame and misery of menstruating as one walked.

The ‘point of no return’ could be the arrival at the ‘doors of no return’, branded with the iron hot sign or symbol of the company or trader that would be their new owner.

Looking back from 2019, the full view requires a revision of ‘the point of no return’, not as just a physical space and time but a psychologically traumatic point.

It was the death of international conscience that made it acceptable for one human to hunt and capture another.

It was the ‘making it acceptable’ to make another human a beast of burden without rights and using religion to justify it.

The ‘point of no return’ for Africa was accepting slavery, in whatever form, with very little collective resistance.

It was Africans, watching and in some instances supplying the labour that constructed the ‘doors of no return’ that manifested as forts, castles and dungeons.

There are over 40 forts, castles and dungeons on a 400-km coastal stretch of Africa.

These would be the administrative quarters of the different nations; providing intelligence of the African interior leading to colonial occupation.

The ‘point of no return’ was Africans working to offload the ships that came with the luxury furniture and drapes that housed the European living quarters and heaps of neck and leg chains for the dungeons.

It was accepting the whiteman’s brand of civilisation and religion, convinced that his was better, until it was too late.

By the time the Portuguese, British, Danes, Swedes, Germans and the Dutch had completed their forts, the canons were facing the sea because the threat on land had been cowed.

This acceptance set the template of everything else that was going to happen to Africa and the descendants of those who had been taken.

This would mean that any resistance to all future exploitation would not be enough such that when the enslaved fought for their freedom in the new lands and established a state (Haiti) in 1804, they would, until 2010, pay the French enslavers for their loss of labour.

This acceptance of the subhuman stereotype meant that when slavery was eventually ended 400 years later, it would be the slave owner who was compensated and not the slave.

It would mean that black people throughout the world would, to this very day, hate Adolf Hitler for what he did to the Jews and not the genocide of two million Hereros in Namibia.

Therefore the ‘point of no return’ for black people was, and still is, the failure to defend home and each other.

It is in this vein we find an American President of African descent, Barack Obama, assisting in the invasion of Libya.

It was Obama who put a million-dollar bounty on the head of black civil rights activist Assata Ashakur.

It is in the same vein we find black Zimbabweans lobbying for the West to sanction those who had taken back the land of their ancestors.

They would, without shame, be seen whispering into the ears of the offspring of those who benefitted from the loot.

They would boast having powerful friends who could starve a small country like Zimbabwe and, 500 years later, the survivors of slavery and colonisation would die in thousands on rafts and make-shift boats to get to the shores of Europe.

To date, the blackman has received no apology nor reparation for this indignity and travesty.