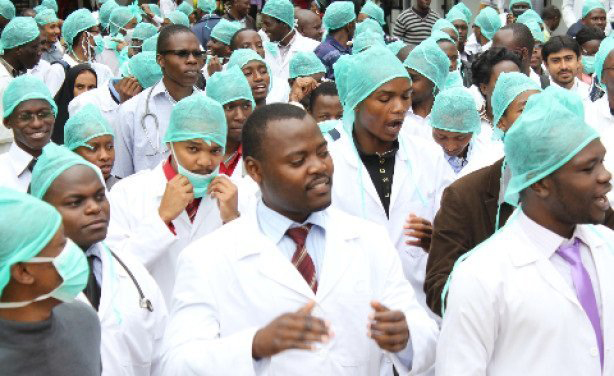 EDITOR — I AM a concerned Zimbabwean who would like to contribute to the ongoing efforts by Government to find a lasting solution to the concerns that have been raised by civil servants, particularly doctors and teachers.

There is an interesting twist that I have seen coming into play and this must be resolved as a matter of urgency.

Of interest is the strike by doctors, a matter which Government is currently handling.

But it is how some politicians have sought to interfere in the matter that has raised eyebrows.

Teachers have also threatened to go on strike, citing the economic problems the country is currently facing.

It is imperative for doctors and teachers, respectively, to understand that Government, as their employer, is ready to dialogue and moot a win-win arrangement that is not crippling to either party.

However, that some unscrupulous politicians have swooped on this opportunity to fan divisions, turning a labour issue into a political one, does not help matters at all.

If doctors and teachers, as well as other civil servants, make the mistake of going the political route, this will inadvertently have the net effect of not resolving their grievances in an amicable manner.

Labour issues between Government and its employees should be discussed by the respective parties, through dialogue, on the negotiating table, without putting politics at the forefront.

And, since this is a negotiation, both parties should be co-operative and willing to compromise in one way or the other.

The problems currently bedevilling the country are not a secret. We are faced with biting fuel shortages, cash crunch and deteriorating health service delivery, all of which are remnants of the pain induced on the economy for land redistribution.

The rest is history!