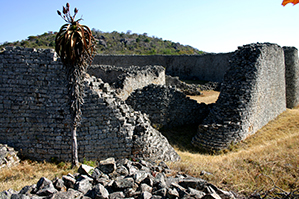 THE Bishop Alex Muchabaiwa-chaired Catholic Commission for Justice and Peace in Zimbabwe (CCJPZ) has released its reflections on the recent Chirumanzu-Zibagwe and Mt Darwin by-elections.
ZANU PF won the by-elections.
Going through the report, one gets a strong impression of someone who went there and got a result that he did not want.
There is a lot of evidence in the report to show that.
But before going into the details of the Commission’s report, it is important to point out that many people, including Catholics, do not understand the mind and thinking of the Catholic Church.
In order to understand the position of the Catholic Church in the politics of Zimbabwe, it must be highlighted that a Catholic priest called Father Hartmann, was the Chaplin of the Pioneer Column.
In other words, the Catholic Church catered for the spiritual needs of the military force that occupied the country.
And for that contribution and service, Cecil Rhodes rewarded the Catholic Church with 15 000 acres of land at Chishawasha, a short distance outside Salisbury.
It was from Chishawasha that Father Hartmann would write before the outbreak of the uprising in 1895: “The Mashonas have hardly any idea of a supreme being.
“They are held together by nothing except the unity of their language.”
This was the extent of the church’s ignorance of the Shona people.
As if that was not enough, after the outbreak of the war in 1896, another Catholic priest, Father Biehler, would suggest the final solution to the Mashona problem.
He wrote from Chishawasha to Lord Earl Grey, the administrator of Rhodesia: “The only chance for the future of the race (blacks) is to exterminate the whole people, both male and female, over the age of 14!”
In the 1920s, the British would implement exactly the same policy to resolve the questions of the indigenous Aborigines.
They snatched the children away from their parents and dumped the parents in protected villages to waste away and die while they moulded the children into images of their imagination.
The Aborigines have taken the British to court over the matter.
Forty years later in Nazi Germany during the Second World War, Adolf Hitler would propose the same final solution to resolve what he termed ‘the Jewish question’.
There was a spirited attempt by some local white Catholic priests to defend Fr Biehler, to say that he was quoted out of context, but what was sickening about their attempt was the assumption that we would believe it.
It shows the extent of how lowly they view us.
Fr Biehler passed on the baton-stick and it has changed many hands until now it is with Bishop Muchabaiwa, one of our own; the man whose name is appended to the report on the Mt Darwin and Chirumanzu-Zibagwe by-elections.
In its introduction, the report claims to “speak for those who cannot speak for themselves and to defend the rights of the poor and the needy”.
But it’s a lie for the Commission to use that argument to speak for the MDC that refused to participate in the by- elections because the MDC has always had the voice and the space to speak for itself.
“The Church noted those parties that did not take part in the elections and understand their concern and ENCOURAGE them to partner with similar minded institutions and PUSH HARDER for the necessary reforms to the new constitution.”
By openly encouraging the MDC to push harder for the reforms, the Commission has thrown away all pretence to be a neutral observer and become a shameless player.
Let us take the security sector reforms.
Of course Bishop Muchabaiwa understands the implications of replacing General Constantine Chiwenga with Giles Mutsekwa or David Coltart, both of them former Rhodesian soldiers and MDC leaders.
He should know because it has always been the political agenda of the Catholic Church since the days of Father Goncalo Da Silveria who was killed by Chief Negomo, the newly crowned Monomotapa or “the golden King’ as the Moslems called him, in 1562 for being a spy.
The priest had been sent by the Portuguese King in Lisbon to investigate stories
l To page 3