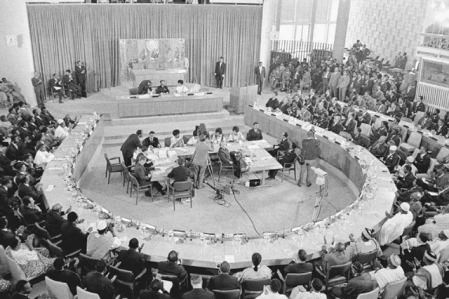 IT is fitting that President Mugabe’s assumption of the African Union (AU) Chair, at the 24th Summit last week coincided with the official launch of Agenda 2063.
Agenda 2063 is a road map of developmental programmes which Africa as an integrated continent is determined to carry out over the next 50 years.
And these programmes aimed at freeing Africa of vestiges of colonialism and poverty, are in line with the dreams of the founder members of the then Organisation of African Unity (OAU).
In his acceptance speech the suitability of President Mugabe to steer this ambitious programme in its initial stages became obvious.
He was there as a representative of ZANU when the OAU was formed in Addis Ababa in 1963.
Thus he is the only surviving Head of State and Government to have attended this historic Summit.
As he takes the first steps in midwifing Agenda 2063, he gives the AU an opportunity to reconnect with the founding ideals of 51 years ago.
Agenda 2063 recognises that key to development, the continent has to benefit from its natural resources.
But this was only possible if Africans guard against the exploitation of their natural resources by foreigners.
“African resources should belong to Africa and to no one else, except to those we invite as friends,” said the new AU Chairman.
This means our resources must never be exported in their raw form.
The AU Chairman considers the flagship of Africa’s development to be beneficiation.
“This will be the main thrust of his leadership in order to lay the framework for a successful implementation of the 50-year road map,” said Foreign Affairs Minister Cde Simbarashe Mumbengegwi at a press briefing.
As we value add and beneficiate on a large scale, we build our own industries and therefore likely to enjoy maximum benefit from our resources.
Indigenisation, empowerment and industrialisation is the way Africa is expected to go as the continent tackles Agenda 2063.
SADC whose Chairman is now also the AU Chairman is not lagging behind.
Already in April this year they are holding an extra-ordinary Summit whose agenda will be a single item: Industrialisation in Africa.
But for Africa to have integrated development as a continent, there is need to be interconnected.
Colonial routes were Europe centred, where to fly to a neighbour’s capital, one had to touch a European capital first.
Agenda 2063 sees infrastructural development as vital .
This would see railways, ICT, roads and air travel upgraded.
According to the Deputy Secretary to the President and Cabinet Colonel Chris Katsande, who is Zimbabwe’s representative at the New Partnership for Africa’s Development (NEPAD), the agency has prioritised 16 projects.
These include the North-South Corridor which would see improved rail, road and air transport from Cape to Cairo.

A major highlight for Zimbabweans is the Beitbrigde -Chirundu Highway and the joint Zambia, Zimbabwe energy project on the Batoka.
“The road and power projects that we are developing are a positive step in our quest to improve Africa’s infrastructure,” said Chairman Mugabe.
The Ebola outbreak in Liberia, Sierra Leone and Guinea was a wake-up call for the continent’s preparedness in the health sector.
“We have also taken a concrete decision to accelerate our efforts to establish the Africa Centre for Disease Control and Prevention, this in order to enhance our preparedness and response to such disease outbreaks,” said President Mugabe at end of Summit deliberations.
Although the ideals of Agenda 2063 are noble, there are a number of hurdles to be overcome for it to succeed.
One of the most critical questions is that of funding, for whoever is responsible for funding wants to determine priorities.
At present, 72 percent of the AU budget is paid by donors.
It is unrealistic to expect donors from countries plundering the continent’s resources to support projects meant to consolidate Africa’s economic sovereignty and independence.
The AU has carried out studies on how best the organisation can raise additional funds so that it runs its affairs without worrying about the reaction of colonialists.
A suggested way is through the charging of levies on air travel, hotels and mobile lines
There is bound to be resistance, but then any option a country chooses to raise funds has its own consequences.
Already some member states are behind in their payment of dues.
However, if all members cooperate, in five years the organisation should be able to finance 75 percent of its programmes,100 percent of its running costs and 25 percent of its peace keeping operations.
This is the road towards weaning itself of any external funding 100 percent.
In his closing remarks, the AU Chairman challenged member states:
“Let’s walk the talk,” by implementing the alternative sources of financing our projects.
Another major hurdle towards the successful implementation of Agenda 2063 is that of peace and security.
The AU Chair expressed great concern over conflicts in member states like Libya, Republic of Congo (DRC), Mali, Central African Republic (CAR), South Sudan and Somalia.
The scourge of terrorism by groups like Al Shabaab, The Lord’s Resistance Army (LRA) and Boko Haram, among others were a great setback.
Sometimes when peace is threatened, disputes can be solved by negotiation as what SADC did in Madagascar and Lesotho.
In the case of DRC rebels, a joint force of UN, SADC and DRC soldiers managed to crush M23 forces into submission.
When the SADC Double Troika met at the 24th Summit, they resolved to start another joint military action against the Democratic Forces of the Liberation of Rwanda (FDLR) who have failed to fulfill their pledge to surrender by January 2.
Thus UN Secretary of State had a point when he urged the AU to have their Standby Force in place, at the opening session of the 24th Summit.
SADC is well ahead in this area as it already has SADC Brigade which is already operational.
Despite all these hurdles, the new AU Chair is determined to see the organisation’s programmes succeed.
Already he has hit the ground running.
He has already met the Commissioners (the executive arm of AU) who are the equivalent of the Cabinet and urged them to work diligently.
“See to it that all policies and projects from here are run across Africa,” he said.
“It is your effort that will see to it that the spirit of each country is lifted.”
At the end of the Summit it looked like for the first time Africa had reached a consensus over what direction it would follow.
There seems to be no leader now who is against Africa owning its resources.
And this is the message President Mugabe has been preaching all along.