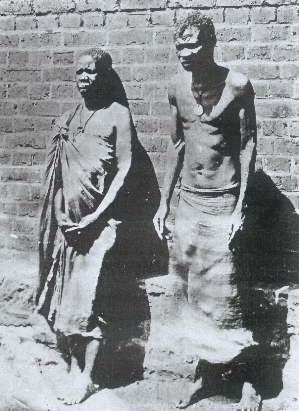 This week Cain Mathema in his book Why the West and its MDC stooges want Zimbabwe’s Defence and Security Forces reformed, says our kings and chiefs were the highest religious authorities on the land under their jurisdiction.

OUR religion carried quite a lot of our history and culture, it was natural therefore that the priests (who included spirit mediums) were involved in the national liberation struggle, after all our kings and chiefs were also religious leaders, they were the highest religious authorities on the land under their jurisdiction, society expected them to be so, and they were so.
Even European kings were so, that is why in England King Henry VIII not only created the Anglican Church, but he led it himself as well, society expected him to do that, and he did just that, and his daughter (Queen Elizabeth I) headed, defended and promoted her father’s religion.
The princes and the chiefs were the natural political leaders; after all, they had been the political leaders since time immemorial, with the princes being second in line in a monarchy, the chiefs were in the third tier of our past polities before the country was colonised.
The monarchy was the political system all over Africa at the time and, indeed, all over the world, republics then were very few, they included the USA and France.
The princes (among them Prince Nyamande, King Lobhengula’s first-born son, born before Prince Lobhengula was crowned king, and Prince Tshakalisa) and the chiefs coordinated their activities right across the country and also used religious lines of communication all over the country.
Some of the chiefs who were commanders during the second war of liberation against the British were Chief Gutu, Chief Dliso Mathema, Chief Mthini Mphoko Ndlovu, Chief Mapondera and Chief Mashayamombe.
The religious leaders included uGogo uNehanda, uKhulu uSiginyamatshe, uKhulu uKaguvi (who was a military commander in his own right) and uKhulu uMkhwathi Ncube.
But none of the priests in Zimbabwe was ever the political leader, priests were always subordinate to the political leadership of the day, that is, to the leadership of the king and the chiefs.
Our priests were never independent of the political leadership. Yes, they assisted the political leadership, but never were they the leading force in our societies; religion was there, yes, but only as an appendage of politics and the economy of the day.
This has been the case everywhere else in the world since time immemorial. Where religion appears to be superior to politics and priests superior to politics, has happened only when religion has been used to achieve political and economic objectives by a particular group of politicians and business people using a highly political religious leader.
After all, all religions are nothing but reflections of existing political, natural and socio-economic conditions in any society.
This is the case whether a society believes in several gods or just one god that is why there are so many factions and sects in all the religions of the world from antiquity up to today.
In other words, religion has never been and will never be fundamental, the foundation, in any society because all of it depends on the subjective positions and interests of each religious leader, hence the splits and fragmentations of all religions in the world from time immemorial, they are all subjective, they are all very personal.
That is why we now have churches accepting the anti-human practice of homosexuality against what is in the Bible; that is why each of the religious leaders wants to be worshipped one way or the other; that is why the followers of each religion and religious sect worship the leader of the religion or religious sect; that is why a good percentage of religious leaders and officials abuse communities, individual children and individual adults alike in one form or the other, including rape, sodomy, torture and enslavement, and that is why both Christianity and Islam practised slavery in Africa without even an iota of guilt at all — in fact in Africa Islam practised slavery long before Christianity was ever introduced in most of Africa.
For instance, according to Basil Davidson (1974) by the thirteenth century, the peoples, who were already Islamic in their faith, of the ports and city-states of Kilwa, Zanzibar, Mogadishu, Brava, Malindi, Mombasa, Pemba and Kisimani Mafia were “exporting metals, ivory, tortoise shell, a few slaves, and buying cotton and luxury goods from as far afield as China.”
As for Christianity and slavery in Africa, Femi Akomolafe, New African, October 2013, No. 532, says:
“Incredible as it may seem, the Christian church which today drips with brotherly love and all that, was at the forefront of abhorrent trade in human flesh, and received much of its inglorious wealth from this unholy trade. In 1452, Pope Nicholas V issued a papal bull [official statement from a pope], Dum Diversas, which granted the Portuguese King Afonse V the right to reduce ‘’Any Saracens, pagans, and any other unbelievers’’ to hereditary slavery, thus legitimising the incipient trade in slaves.
“This bull was further extended in another papal bull, Romanus Pontifex, of 1455. Thirty-eight years later, in 1493, Pope Alexander VI, through another papal bull, Inter Caetera, extended these rights to Spain to cover the New World, the Americas and parts of the Pacific…
“Taking their cue from the Pontiffs, Christian theologians zealously published texts to justify the odious trade. As a result, very few slave ships sailed without Christian priests on hand to bless them.”