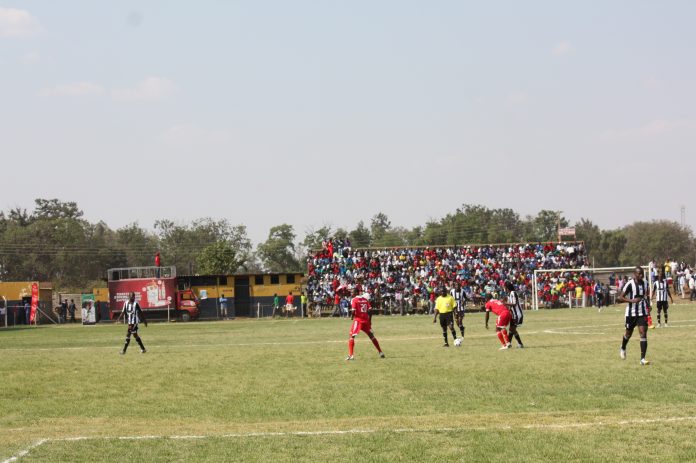 THERE has been a lot of activity on the Premier Soccer League (PSL) transfer market this season as the 18 teams prepare for the season’s 34 matches.
Teams are beefing up their squads while others have overhauled their sides in anticipation of a much-challenging season ahead.
The season kicks-off on March 10.
This season, four teams have been promoted to the top flight: Herentals College from the Northern Region, Mutare City Rovers — returnees from the Eastern Region, Nichrut from the Central Region and Bulawayo Chiefs from the Southern Region.
Eight centres might be hosting premiership matches.
However, some centres are yet to get confirmation, like Mutare’s Sakubva Stadium and Maglas Stadium in Zvishavane which might not see premiership action in the early stages of the season.
The ZIFA grounds committee recommended renovations on Sakubva Stadium’s perimeter fence, dressing rooms while the turf needs attention.
The move means the league returnees ‘Gusha Bhora’, as Mutare City Rovers are known in soccer circles, will have to find an alternative home ground.
With the league starting in less than 14 days, Mutare City Council that owns the facility, needs to work around the clock to meet the kick-off date.
Nyamhunga Stadium in Kariba has also failed the test as the VIP section, medical tribune and dressing rooms were condemned.
The facility is home to power utility side ZPC Kariba.
If the facility in the resort town doesn’t get a nod by March 10, ZPC Kariba will have to find another home away from home.
In their maiden season 2014, the power utility side used Gwanzura Stadium in Harare as home.
Despite travelling every weekend, ZPC Kariba narrowly missed the premiership in the last game where they needed a draw but lost 2-3 to CAPS United, handing over the title to Dynamos.
Maglas Stadium, the home of Shabanie Mine has been condemned too leaving the Chinda Boys with no option but to share Mandava Stadium with arch-rivals FC Platinum.
Midlands teams might be in a dilemma as Ascot Stadium – which made the headlines when a goal post collapsed – in Gweru failed to get a green light for use this season until the VIP section, among other things, are renovated.
Ascot has been home to Chapungu and newly-promoted Nichrut could have used the facility.
The mining town of Shurugwi does not have a stadium that can host a premiership match and Gweru is 34km away. The other option wouldl be Zvishavane which is 90km away.
Chapungu, Nichrut, Shabanie Mine and FC Platinum only have one facility in their province and the over-use may take toll on the turf if the four teams use Mandava Stadium.
If work at Maglas or Ascot stadiums is completed before March 10, the teams will have more options.
Already, Mandava Stadium has been in use for friendly matches and Champions League and more games will affect the turf.
New kids on the block, Bulawayo Chiefs, had proposed White City Stadium for use but it appears not to be available to them and they have to find another base.
However, Bulawayo has Barbourfields and Luveve Stadium which may also be used with five teams while other facilities are being spruced up.
Harare has five teams: Herentals College, Yadah, CAPS United, Dynamos and Black Rhinos which may share the National Sports Stadium and Rufaro Stadium.
There seems to be a crisis of stadia this year and the authorities might give in to pressure to allow some condemned facilities to be used.
Local authorities, who own most stadia in the country, have been lambasted for collecting revenue from the use of these facilities and yet do nothing to maintain and spruce them up.
Mutare’s Sakubva Stadium has been in the spotlight for a long time for the wrong reasons yet the city fathers continue to do nothing to upgrade the facility.
Failure by teams to secure home grounds has had a negative impact on teams as they have been forced to travel for both home and away matches.
Pelandaba Stadium in Gwanda may be another option for small teams from Bulawayo and they will be guaranteed a bumper crowd in each home match.
As the season starts, teams need to look for alternative homes apart from the traditional venues of Harare and Bulawayo to help spread the game.
This year, the league will mainly be in the country’s two biggest cities.
However, travelling expenses have dented the pockets of teams, most of which do not have sponsors.
The cost of running a premiership side hovers around US$500 000 for the whole season. League sponsors Castle Lager pay the champions US$75 000.
Already, with no big sponsors coming on board, teams are struggling to pay players their dues, compromising their welfare.
The television rights have not benefitted teams that much in the past season.
Teams continue to choke on debt well after the end of the season.
Dynamos, the biggest club in the country, still owes its players last year’s dues.