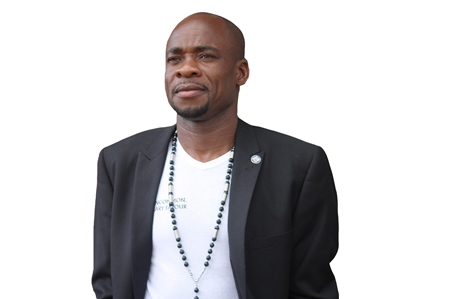 MIXED fortunes are expected in this year’s Castle Lager Premier Soccer League (PSL) that kicks off at the end of the month.
Several teams have made substantial changes to their 2013 squads. Most coaches retained their jobs in the elite league save for a few like Gishon Ntini, who was replaced by Biggie Zuze at Triangle FC.
Some coaches were on the move like Luke Masomere who joined army side Buffaloes from Shabanie Mine while CAPS United assistant coach, Saul Chaminuka left for newly promoted ZPC Kariba.
Dynamos, CAPS United, Highlanders, FC Platinum, Chicken Inn, How Mine, Harare City and Hwange retained their head coaches.

Dynamos
Rating ****
Prediction: Top 3
They are the reigning champions and start their title defence against How Mine. The team retained the bulk of their key players.
They lured the signatures of Masimba Mambare from Highlanders, Walter Mukanga from Triangle, Ronald Chitiyo from relegated Monomotapa and Themba Ndlovu from Buffaloes.
The Glamour boys secured the services of Tafadzwa Rusike who was clubless in the ABSA premiership.
Dynamos have made three league titles in a row and now aim for a fourth title this year.
Under the tutelage of Calisto Pasuwa, the team has managed to dominate the local league.
As a result, Pasuwa has made history at Dynamos.
The team has already made its statement clear by clinching the Bob 90 Super Cup, no doubt that the glamour is still there despite the challenges faced in the African Safari.
They are a strong side hope remuneration issues will not affect the team

Highlanders
Rating ****
Prediction: Top 3
Bosso are the team to watch this year. On paper the Bulawayo side look strong.
Judging them from last Sunday’s performance will be unfair as they are yet to gain match fitness.
Highlanders lost Mambare to Dynamos, Njabulo Ncube to FC Platinum while they signed Khumbulani Banda from How Mine and Felix Chindungwe from Chicken Inn.
The Bulawayo giants also welcome returnee Rahman Kutsanzira who had joined CAPS United last season, Valentine Ndaba from Shabanie Mine, Kudakwashe Mahachi from Chicken Inn, Joel Ngodzo and Charles Sibanda from FC Platinum.
The Mbada Diamonds Cup champions promise to be the strongest side on paper.
Their biggest achievement will be beating Dynamos this season.

CAPS United
Rating ***
Prediction: Top 5
The Green machine has been struggling for some time now.
After the appointment of Taurai Mangwiro, the technical team has been steady. The former champions lost several players this season and will be a team with many new faces.
Tawanda Nyamandwe and Kutsanzira are some of the players who will not feature for United this year.
They retained the services of goalkeeper Tafadzwa Dube, while Blessing Zabula, Hardlife Zvirekwi, Asani Nhongo, Leonard Fiyado, Tapiwa Khumbuyani and Tendai Samanja are some of the seasoned players that will be in action.
United might be a thorn in the flesh for many teams as they are a team with little known players.
They are probably the surprise package for the season.
However, the Harare side secured the services of former Shabanie Mine midfielder Pervington Zimunya.
The former Masvingo United star is a dead ball specialist who scored several goals for Shabanie Mine last year.

Harare City
Rating **
Prediction: Top 6
They are probably last season’s most disappointed team after they failed to clinch their first title in the premiership.
A lapse in concentration saw them lose the final match to CAPS United and surrender the trophy to Dynamos.
Harare City are one of the league’s big spenders like FC Platinum.
They signed 13 players last year to strengthen their squad but they failed to win the premiership and the Mbada Diamonds Cup.
This year, the ambitious club signed numerous players to add value to the side.
After the departure of Silas Songani, City will definitely feel the void .
Bigboy Mawiwi will pray that he will not be doused by unknown liquids (urine) at stadia around the country, a fate that seemed to haunt him everywhere he went.

FC Platinum
Rating ***
Prediction: Top 4
FC Platinum made an impact in their maiden season.
They finished on second position on the log with an inferior goal difference to Dynamos.
They played in the champions league the following year.
However, FC Platinum – with all resources – have failed to clinch the title.
Now under Lloyd Mutasa, more is expected from the Zvishavane-based outfit. They offloaded a number of players to make way for new signings.
Njabulo Ncube, Walter Musona, Wisdom Mutasa and Gift Bello are some of the players who could not resist the Platinum money.
Steven Sibanda joined FC Platinum from Buffaloes while Tarisai Rukanda crossed the floor from Shabanie Mine. Donald Ngoma remained at the platinum miners together with Mitchelle Katsvairo and goalkeeper Petros Mhari.
Devon Chafa was on the FC Platinum radar, but the midfield talisman remained loyal to Dembare.
With the coach’s acumen, ‘Kugona Kunenge Kudada’ may perform true to their nick name.

Chicken Inn
Rating **
Prediction: Top 8
The ‘Gamecocks’ have been a well respected team in the premiership since promotion in 2011.
The Bulawayo side have lost three key players, Kudakwashe Mahachi, Tendai Ndoro, Felix Chindungwe and Njabulo Nyoni.
Now under Joey ‘Mafero’ Antipas, much is expected from the Bulawayo outfit. Chicken Inn roped in the services of former Motor Action ‘Captain Fantastic’ Passmore Bernard, Ishmael Lawe and Morgan Mungombe from Monomotapa. The Gamecocks in the previous seasons have been Highlanders’ bogey side. Chicken Inn have four Bulawayo derbies to play.

How Mine
Rating ***
Prediction: Top 4
Their performance in the CAF Confederation Cup has improved their rating in the local league.
Philani Ncube has transformed the gold miners into a formidable team capable of upsetting most teams.
Last year they assumed the giant killers tag and are likely to continue with it this season.
They are giants in the making.
The major blow for How Mine was the loss of Simba Sithole who after the CHAN tournament was snapped up by Ajax Capetown.
The bulk of the seasoned players were retained.
However, the players’ average age might be worrisome if they meet youthful sides.
Most players are in the late 20s and early 30s.
Kuda Musharu has been in terrific form in the African Safari banging in five goals.
He will be the man to watch together with other seasoned players like captain Menrad Mupera, Herbert Dick and Gift Banda.
Midfielder Timothy January is another gem in the ‘Chikurupati’ camp.
We wait to see if the tradition of lighting candles in the dressing rooms will continue.

Buffaloes
Rating *
Prediction: Top 8
Luke Masomere is a man of surprises.
The self-proclaimed ‘Doctor of football’ is assisted by Timothy Masachi.
The army side is a team of average players and Masomere has done wonders with such at Shabanie Mine.
In the 2013 season, Masomere had a pool of average players and managed to upset several teams at Shabanie Mine.
They won the BancABC Sup8r as a result.
Wonder Sithole and Themba Ndlovu left the Mutare-based side while they welcome former Dynamos hitman Evans Gwekwerere at Sakubva, Shabanie Mine trio of Eria Phiri, Tafadzwa Mombeshora and Frankson Bushiri this season.
Jacob Muzokomba, Philip Chandisaita, Kelvin Thembani, Mike Nyamuikasa remained at ‘Watungwa Watungwa’.
The former Amazulu gaffer has promised that no team will come out of the Sakubva fortress with a good result. – To be continued