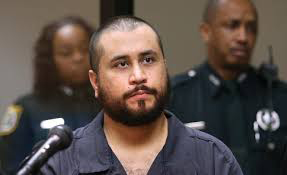 THE American dream is a national ethos of the US, the set of ideals (democracy, rights, liberty, opportunity and equality) in which freedom includes the opportunity for prosperity and success, as well as an upward social mobility for the family and children, achieved through hard work in a society with few barriers.

The American dream is a myth; it is nothing but a dream.

There is nothing more devastating to a person of colour than to hear a sitting President acknowledge that his country has a serious racism problem, that he himself is a victim and there is very little that can be done to address this serious problem.

On July 19 2013, the then US President Barack Obama abruptly appeared in the White House press briefing room to offer his thoughts on the trial of George Zimmerman, the Sanford, Florida, neighbourhood watch volunteer who was found not guilty of murder for shooting Trayvon Martin, a 17-year-old African American child, in a struggle in 2012.

“You know, when Trayvon Martin was first shot, I said that this could have been my son.

Another way of saying that is Trayvon Martin could have been me, 35 years ago.

There are very few African-American men in this country who haven’t had the experience of being followed when they were shopping in a department store.

There are very few African-Americans who have not had the experience of getting on an elevator and a woman clutching her purse nervously and holding her breath until she had a chance to get off.

These few sentiments by President Obama say a lot about the American society.

When Obama was elected, the US got an opportunity to feel good about itself, to show the world that it had entered a new era, there was talk of a ‘post-racial America’.

For the first time a person of colour was elected President. However, that was just window dressing.

Electing a black president turned out to be no different from what many institutions in the US do, which is putting a ‘token’ black person in a position of authority to act as some form of mascot.

A token black person whom they will point to each time the issue of race comes up so as to say, look we have a black manager, a black executive, a black vice-president of marketing.

Racism is a part of the very cultural fabric in the US.

Racism has always been much like the air one breathes.

It is a part of the very structure in which one resides, operates and works; institutions and organisations also yield to structurally racialised spaces.

The main problem nowadays is not the folks with the hoods, but the folks dressed in suits.

When white people occupy most positions of decision-making power, people of colour have a difficult time getting a fair shake, let alone getting ahead.

Unlike the racism perpetrated by individuals, institutional racism has the power to negatively affect the bulk of people belonging to a racial group.

Institutional racism can be seen in areas of wealth and income, criminal justice, employment, healthcare, housing, education and politics, among others.

Racial bias has influenced the US healthcare in the past and continues to do so today, creating disparities among different racial groups.

In the late 1800s and early 1900s, many black veterans were denied disability pension by the union army.

A 2012 study found that a majority of doctors have ‘unconscious racial biases’ when it comes to their black patients.

The hospitals they go to tend to be less well-funded and staffed by practitioners with less experience.

They are less likely than their similarly credentialled white peers to receive Government grants for research projects.

It seems that facing a lifetime of racism leaves African-Americans vulnerable to developing stress-related health issues that can lead to chronic issues later in life.

Racial profiling has become an everyday occurrence, and it impacts more than just the people involved.

An article by CNN uncovered three instances of racial profiling resulting in police being called on unsuspecting black women playing golf too slowly, two native American students when a mother claimed her children were nervous, and on a black student napping in a dorm at Yale.

Martin recounts when he had a neighbour call the police on him when he was trying to move into his own apartment, and how often, when leaving a store, he’s asked to show what’s in his pockets, something he says is dehumanising.

In 2016, Stanford News reported that researchers had analysed data from 4,5 million traffic stops in 100 North Carolina cities. Their findings showed that police were ‘more likely to search black and Hispanic motorists, using a lower threshold of suspicion, than when they stop white or Asian drivers’.

Despite the increased instances of searches, the data also showed that police were less likely to uncover illegal drugs or weapons than with searches of white or Asian drivers.

For all its talk about observing democracy, upholding rule of law and human rights on international platforms and to countries such as Zimbabwe, the US establishment seems to be ignorant that it is probably one of the chief violators of rights of people of colour.