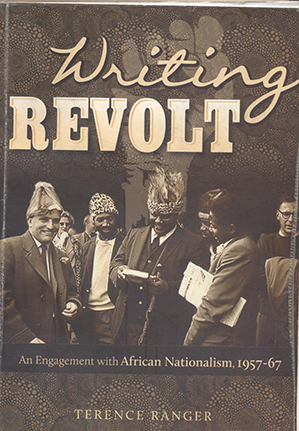 TERENCE Ranger, the historian, is dead.
For me, the most critical of Ranger’s publications in Zimbabwe would be, Revolt in Southern Rhodesia 1896-7.
The publication contains observations that easily explain why the Rhodesians deported him from the University College of Rhodesia and Nyasaland in 1963.
It is a deportation one would today easily associate with Ian Smith but, the fact that at the time Smith was not yet in power shows how all Rhodesians were torn from the same piece of cloth.
Ranger was deported by Roy Welensky!
Ranger’s deportation was interesting, but not for its own sake.
The deportation of a white man apparently sympathetic to black nationalism foregrounded the worse treatment of blacks with similar sympathies.
In Rhodesia, only lucky blacks were deported or exiled.
Most were imprisoned or killed.
Or detained without trial and then murdered in detention as in Leopold Takawira’s case.
And some of those who voluntarily went or escaped into exile were followed and assassinated in those foreign lands as in the cases of Herbert Chitepo, Jason Ziyaphapha Moyo and Nikita Mangena.
The beauty of Ranger’s Revolt in Southern Rhodesia 1896-7 is that it is history told by a white man about how his own kith-and-kin founded Rhodesia on fraud, genocide and the arbitrary abuse of black people; how his own kith-and-kin were driven by savage greed that took all without compassion for the black geese that laid the golden eggs.
Ranger (page 67) cites Thompson, a journalist, who in 1894 observed: “It is not pleasant to notice the way in which the Mashona avoid coming into contact with the settlers, and to recollect that when we first went up to Mashonaland they welcomed us gladly.”
And, by way of explanation, Native Commissioner Weale had this to say: “I found that I had to try and gain the confidence of the natives that they might not run away on sight of a white man; they were very timid, especially the women.
“The reason for this appeared afterwards to be on account of some of the police formerly stationed there making a practice of raping any native woman they found in the veld alone.”
And today, the colonial power that allowed the savage settlers to continue with impunity, as well as the descendants who inherited affluence harvested from the gross human abuse and defended the same by genocidal force of arms want to launder the whole rot with talk about democracy, good governance, women’s rights and human rights.
They want their criminal kith-and-kin to go scot-free.
How preposterous!
Revolt in Southern Rhodesia 1896-7 is history of how indigenous land and livestock were confiscated to extort slave labour from black people, a situation that today leads Benjamin Freeth to shamelessly ask: “If they (black people) do not work for us (white people) whom do they work for?”
Revolt in Southern Rhodesia 1896-7 is history of how whole indigenous villages were razed to the ground in ‘acts of good governance’.
And permutations of the same fraud continue to manifest to this day in the way the Libyans have lost their oil and their homes and have had their women and children raped left, right and centre and been told that they are being given democracy and good governance.
And it is the same manner Baghdad was razed to the ground and Iraqi men sodomised ‘to protect them from Saddam Hussein’.
It must be admitted that the history that Ranger wrote for us black Zimbabweans makes him an enigma.
The question that comes of its own volition is: Was his account for us or was it simply a way of spiting his own kind for reasons very personal to himself?
I say this because notwithstanding the ‘support’ African liberation movements have ‘apparently’ enjoyed from white Western neo-liberals, I am yet to see one who went beyond mere talk and writing to actually carry a gun and actually shoot down white racists in defence of abused black people.
They have only talked and written, but never spilt white blood as they have required and demanded and paid black people to spill black blood even in defence of exclusive white interests.
I am simply invoking a freedom of opinion and self-expression for which I know no white human rights activist ever killed barbaric kith-and-kin to give me.
But, all the same, I thank Terence Osborn Ranger for leaving me an arsenal; a human rights arsenal with which to shut up simple-minded Rhodesian ‘human rights defenders’ who in Rhodesia remorselessly accrued the benefits of genocide which they now shamelessly defend as human rights in Zimbabwe.
Thank you Ranger!