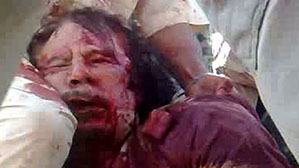 A UNITED States International non-governmental organisation (NGO) by the name of National Endowment for Democracy (NED) could have enabled the hosting of a Zimbabwe-West re-engagement seminar at a local hotel early this week.
NED describes itself as a private, non-profit foundation dedicated to the growth and strengthening of democratic institutions around the world.
With huge funding from the US Congress, NED supports more than 1 000 projects by non-governmental groups working for ‘democratic’ goals across the globe.
NED was formed by the US Government in 1983 to conceal operations by the Central Intelligence Agency (CIA)’s operations from public scrutiny.
NED uses an array of NGOs to subvert governments that do not submit to American global domination.
The organisation also protects and helps to keep in power governments that support America’s global hegemony.
Since its formation, NED has established operations in more than 100 countries through its four arms, the National Democratic Institute (NDI), International Republican Institute (IRI), Centre for International Business Enterprises (CIPE) and Solidarity Centre.
These four arms represent all major groups in the United States that benefit from furthering American foreign policy, among them politicians, workers and business people.
The money that is allocated to the Solidarity Centre supports NGOs that deal with workers and in the country the Zimbabwe Congress of Trade Unions (ZCTU) has been a beneficiary.
CIPE which represents the Chamber of Commerce of America supports NGOs dealing with the business community in the country.
The National Democratic Institute and International Republican Institute are organisations representing American political parties and channel funds to opposition parties and in the country; it supports those that seek to remove President Robert Mugabe from power.
And it is these organisations that sponsored the ‘re-engagement’ seminar.
It is in light of the agenda and mission of NED that Zimbabwe has to be wary of these so-called ‘re-engagement’ talks.
The free and fair elections held in the country will not ‘appease’ the West, the British and Americans in particular.
The fact is that no amount of democracy will satisfy the West in the country for the issue is not about democracy but control of resources.
For the West, what really matters is that Government must be comprised of people, whether MDC or ZANU PF, who will allow the West to freely exploit the country’s resources.
There are pressures from all over for those tasked to effect regime change to deliver.
And as South Africa becomes ‘volatile’ and business operations increasingly become difficult as the people of that country awaken to the injustices of white capital, Zimbabwe, which is stable and has vast mineral resources, has become more attractive investment destination.
But stability in Zimbabwe is not enough, the leadership must be made up of weak amenable people the West can use.
Ownership of resources by Africans poses a real and serious threat to the standards of living in the West, it affects its economies.
President Robert Mugabe’s assertive stance on matters of sovereignty is a major threat to the West’s aspirations of total control of this country’s resources hence the adoption of the subversion strategy.
Zimbabwe’s Look East policy has begun to bear fruit.
Zimbabwe has not ground to halt as anticipated and expected.
Calls by former US Assistant Secretary for African Affairs Chester Crocker in September 2001 to tighten the screws on Zimbabwe’s economy and make it ‘scream’ with the intention of making the people revolt against ZANU PF did not yield desired results.
Calls by former British Prime Minister Tony Blair for a direct military attack on Zimbabwe were quickly dismissed as ludicrous by his military top brass.
Thus the West has adopted soft power and among its sharp and devastating weapons is NED.
Soft power involves the use of diplomacy, culture and history and the United States has excelled in projecting soft power using its business community, foundations, universities, churches, and other institutions of civil society.
It is soft power that eventually liquidated in Libya, that which had for years resisted domination and exploitation of the West.
Threats of military attacks and economic embargoes having failed to dislodge Muammar Gaddafi, the West changed tactics.
Abandoning hard power, the West adopted soft power which saw them ‘warming’ up to Gaddafi the ‘dictator’ and ‘re- engaged’ him.
And Gaddafi, was approached with various ‘sweets’ and because he had no sound advice and lacked principle, he embraced the idea.
Gaddafi abandoned his country’s nuclear programme.
It was a fatal decision that left his country exposed in terms of security.
And Zimbabwe which is presently groaning under the weight of sanctions is vulnerable and susceptible to soft power.
However, the burden of sanctions must not force the country into ‘befriending’ the West whose motives are malicious.
This is why we need to tread carefully in the re-engagement talks.
The West knows that after a decade of suffering, the hand of ‘friendship’ will be received with enthusiasm.
And NED is orchestrating these overtures that if we accept blindly, we will open ourselves to a crushing.
Now that sanctions and sponsored violence have failed, the iron fist is now clothed in a velvet glove.