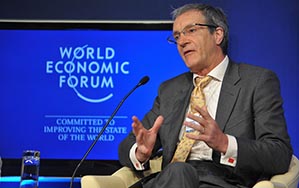 By Golden Guvamatanga
and Netho Francisco

THE latest Chatham House Report on Zimbabwe, which in all appearance seems to be warming up to the ZANU PF-led Government, is nothing, but a new strategy in the effort to effect regime change in the country.
It is a smart and well-calculated move seeking to destroy ZANU PF from within.
The ‘re-engagement’ card has been designed to lull the revolutionary party into sleep while the West pushes ahead with the regime change agenda.
Revealingly titled ‘Zimbabwe’s International Re-engagement: the Long Haul to Recovery’ the report which was published last week lays bare its strategy by claiming to embrace ZANU PF as ‘the dominant force in (Zimbabwean) politics’ and that it ‘will remain so for some time to come’.
“A landslide victory by the Zimbabwe African National Union-Patriotic Front (ZANU PF) in Zimbabwe’s elections in 2013 resulted in its comprehensive recapture of the state,” reads the report in part.
“Many international actors want to bring closure to more than 17 years of political crisis in Zimbabwe.
“The invitation by the EU to President Robert Mugabe to attend the fourth EU-Africa summit in Brussels in April signalled both a response to African pressure and the desire to normalise relations.”
But there are serious parallels between the attitude that was exhibited by the West when they launched a sustained onslaught to ostracise Zimbabwe as a pariah state over a decade ago and the one they are showing through the re-engagement programme.
These need serious probing and sober analysis given how well they have been executed in other nations that ‘threatened’ Western interests.
The outcome of the July 31 2013 harmonised elections, the West’s entry point in the re-engagement programme was enough message that to dismantle ZANU PF they have to destroy it from within hence the decision to abandon not just the opposition MDC but also hard power, which entails the use of force and soft power which is more diplomatic.
By claiming to embrace ZANU PF, the West is preparing ground for the installation of a leader they believe will protect their interests.
Interestingly, the succession issue in ZANU PF is touched on extensively in the Chatham Report.
The decade preceding the publication of the Chatham House Report has been characterised by overt and covert operations aimed at toppling President Robert Mugabe from power.
Chatham House has been key in these operations.
The think tank is an important instrument in Britain’s foreign policy.
ZANU PF, according to the report, has become an ‘acceptable’ player and partner but the reality is that the ‘re-engagement’ mantra is the beginning of the implementation of a programme to destroy the revolutionary party using the same tactic that dismantled the Muammar Gaddafi regime.
The programme of subverting ZANU PF (dividing it into factions) was formally launched at Chatham House on January 29, 1999 when Richard Dowden chaired a meeting to decide on strategies to remove the ruling party from power.
Subversion was one of the strategies that were adopted at the meeting.
The other three were; a) Cause a military coup to take place; b) Build a strong opposition that should beat ZANU PF in an election, and c) Organise the people to rise against the ZANU PF Government (insurrection).
While the above three strategies were implemented and dismally failed, it is the subversion plan that has now taken centre stage in the regime change agenda.
This is why the West, using their think-tanks like the Chatham House now want to bring closure to the so-called Zimbabwe issue by ‘embracing’ ZANU PF, they have realised it can only be destroyed from within.
“Given the results of the 2013 election, the lifting of most EU sanctions and the continued economic challenges facing the country, this report argues in favour of accelerating Western re-engagement with Zimbabwe now, rather than after presidential change,” says the report.
The key word in this statement ‘accelerating’ has already been fulfilled through the hosting of a seminar by the Southern African Political Economic Series (SAPES Trust) early this week.
The US involvement in Zimbabwe’s internal affairs is not surprising as the British system is a replica of the American system.
Chatham House is just one arm of the huge octopus. Echoing Chatham House the US Ambassador to Zimbabwe Bruce Wharton has since said his country is prepared to work with ‘our friends’ in ZANU PF.
This is a case of history repeating itself in the nastiest of fashions.
Two months after the Chatham House meeting, on March 23, 1999 the United States Government hosted a seminar which they dubbed ‘the Zimbabwe Crisis’ at the State Department in Washington DC which pursued the issue of how Robert Mugabe was to be removed from power.
The following year, the Tony Blair government admitted to working with the MDC, a party they had formed a few months after the Chatham House and State Department meetings.
The British government also revealed that they were sponsoring the MDC through the Westminster Foundation for Democracy (WFD).
The Foundation then received £4, 1 million from the Foreign and Commonwealth Office (FCO) although it claimed it was ‘an independent public body’, which had in its 13 years of existence, worked ‘to achieve sustainable political change in emerging democracies’.
Its goals and methodologies were to work ‘with and through partner organisations to strengthen the institutions of democracy, principally political parties, parliaments, NGOs, trade unions and free media’, all of which, in its view, ‘must be strong for democracy to flourish’.
Details of the funding were published on the Westminster Foundation’s website.
Once the Zimbabwe Government raised dust on this funding of the opposition MDC, the details were immediately removed from its website.
But the long and short of it is that having failed to completely remove ZANU PF from power, the desperate imperialists have adopted a new strategy.
We must be wary and we must all pull in the same direction.
This will be the only way to determine who is for or against us or who has been compromised.