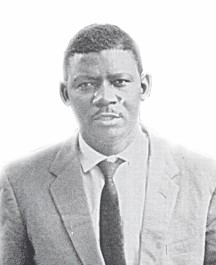 THE death of prominent nationalists and soldiers always unleashes a flurry of narratives across the political divide and in all the media.
Some are moving eulogies and we see some shedding crocodile tears.
Many narratives are built around the departed.
One such narrative covered Dzino’s role in establishment and development of The Chitepo Political Academy at ZANLA HQ at Chimoio.
Another traced Cde John Mawoyo’s path in the struggle and it dwelt at length on the academy.
My little narrative of this place is in order because I lived there for nearly six months awaiting training under exceptional circumstances along with two other untrained cadres or I will use the detestable term ‘refugees’.
We were attached to the Department of Publicity and Information under Bindurazvinhu Musoni (Musoni was to be ‘axed’ as Mushandi and only resurfaced after independence – that is another story for another day).
There was no accommodation for us at HQ so we were housed at Chitepo Political Academy and every morning we would travel to HQ to our office.
But then there was nothing much to do as the commanders were still sorting out their problems with the leaders coming from jail in Zambia.
We three were marginal for one major reason.
We were not trained, we were odd players in a team of trained personnel on an intensive political studies programme.
These were to be Political Commissars for ZANLA.
Upon graduation they were to be deployed in various camps and in the front.
So we did not attend classes at Chitepo.
The little I picked up about the political lessons was from the discussions that always took place during meals and before bedtime, they sometimes were quite exciting, sometimes they sparked heated debates.
The content included scientific socialism, Marxism, Leninism dialectical materialism and various elements of ‘Das kapital’ often found their way into the discourse.
The word ‘bourgeoisie’ was used liberally just like ‘proletariat’ and its extreme version the ‘lumpen proletariat’.
You could tell who was grasping the fundamentals and those who had no clue of what they were learning.
Generally it was assumed all students at Whampoa had ‘O’ Levels.
I am not sure if half of them did.
There was ‘Gamanya’, one of the key instructors.
His name was on everyone’s mouth – he disappeared with the Vashandi after the crisis of 1976.
There was ‘Sunungurai’, another instructor – I never heard of him as well.
Among the students were names such as ‘Webb’, a talkative little comrade, ‘Deluxe’ a mtoto who was moved in from Doroi along with ‘Chitiyo’.
There was ‘Grey’ and ‘Flint’, very close buddies.
There was ‘Zvisinei’, ‘Concilia’, ‘George’, ‘Lovemore’, ‘Mushatagotsi’, ‘Nikita’, ‘Michael Mambo’ – the medic who saved my life.
I think Michael was from my home area.
While dialectal tones became blurred as one mixed with other dialects I could still pick the undertones of my dialect.
My efforts to trace this comrade have borne no fruit.
I suspect he fell at Chimoio.
Given my memories of him he might even resemble some distant cousin.
But then, I will trace that in other narratives in the future.
Comrade ‘Mandebvu’ was one of the mature soft-spoken cadres.
I am not sure if he was an instructor or student.
There were two Muchitirotos.
One was an elderly man with schoolteacher background, the other was younger so he was called ‘Young’ to distinguish from the elder Muchatiroto.
There were one or two who I had gone to school with.
By standards of the struggle Chitepo Political Academy was an elite institution.
At the academy you were assured of two square meals a day, hassle free and on time.
There was enough food to go around so there was never need to pilfer provisions. On an odd day in the week, there was some black tea and voet koeks.
Imagine tea in the bush!
By all standards of the liberation struggle we were living in comfort that a famished refugee would have called luxury.
It was a far cry from hunger and deprivation of the forsaken hell-holes called Doroi, Chibawawa and various other places of misery.
Inmates of other camps such as Takawira called the place kuma PC.
Cadres from the front viewed it with suspicion.
The big business was shooting the enemy not debating about Marx, Mao and dialectical materialism
There was even a generator set aside for evening studies.
The only other place I saw a generator was at HQ where we spent our day.
So for a few hours in the evening, it was run for evening study and some homework.
I am not sure how many of the trainees did this homework.
Some of us seized the opportunity to visit the library.
At least that was free for all.
To be continued