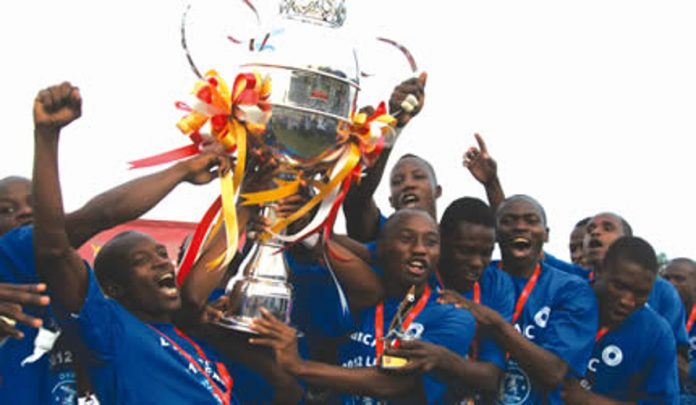 THE Dynamos Class of 2011 belongs to a rare breed of footballers after the turn of the century on the Zimbabwean football landscape.

It’s a class that managed to dominate the local premiership as they almost bagged every silverware that came their way.

The four-time Premier Soccer League (PSL) winners and two-time Mbada Diamonds Cup winners, the Class of 2011,  had something peculiar that made them dominate the local league.
Looking at the composition of the team, there weren’t any stars to write home about.

The bench was led by Callisto Pasuwa who had just taken over the button from Lloyd Mutasa who had fallen out of favour with the team’s executive in August 2011.

Pasuwa, a veteran of the famous Class of 1998, managed to defy all odds and win the coveted Castle Lager PSL.

He had to bring the cup to Rufaro garrison, exactly a year after the Glamour Boys missed the cup on inferior goal difference to Motor Action.

This time, they won it on superior goal difference in a two-horse race with FC Platinum.

It wasn’t a star-studded Dynamos that made headlines in every newspaper and on social media.

They only occupied the apex of the log for one week and were crowned champions.

During the course of the season, the team looked like it was one of their seasons of near misses.

It was consistency that carried the day for the well assembled side.

Pasuwa took over the team midway through the season, assisted by Tonderai Ndiraya who is now in-charge of the same team.

Pasuwa had experience in coaching after having coached Highway together with Mutasa.

What made the hard-to-please Dynamos executive tolerant could be the fact that their former midfielder knew the Dembare system and had loyalty somehow to the team.

Thanks to their risk-taking attitude at that time, the team saw them smiling for four good seasons.

Inheriting an already assembled team had many crediting Mutasa for its success.

However, he had to prove that winning in 2011 was no fluke as he went on to win in the following three seasons.
At one time, Dynamos were a wild card to play as winners in 2011.

They were not so much of a big challenger for the title though on fourth position, with 29 points.

A dull draw with police side Black Mambas further dampened the spirit of making it to the top in Week 19.
However, their never-say-die attitude made them realise their footing.

The Dynamos ‘culture’ in their coach and loyalists like Murape Murape got them going.

The last 10 matches proved they were a powerful side in Zimbabwe.

They broadened their chances to clinch the league, which they did.

But who were the names at Dynamos that made them win their 18th title?
Washington Arubi made sure he was on goals.

He was at the peak of his career.

A former Highfield United shot-stopper, Arubi was just a goalkeeper to rely on.

He organised his defence well, usually marshaled by Guthrie Zhokinyi and George Magariro.

Devon Chafa provided cover as a defensive link-man at times Thomas Magorimbo could play in that position when duty called.

David Kutyauripo played the rightback role where he dazzled the Vietnam stand at Rufaro Stadium with his overlapping runs into the enemy lines, launching crosses for strikers Cuthbert Malajila and Roderick Mutuma to connect.

Mutuma had his ginger-tinted hair that time.

The middle of the park was where the Glamour Boys were the strongest.

With the veteran of the midfield Murape, as well as Desmond ‘Gazza’ Maringwa, though he had little action due to injury.

Then there was Tawanda Muparati and Archieford Gutu who were also creative.

The Dynamos Class of 2011 was something else!

The same players with whom Mutasa failed to reach 23 points in 10 league matches later on delivered the Cup.

Pasuwa and Mutasa had worked together at Highway FC and Kiglon.

With 11 games or so to prove his mettle, Pasuwa found himself in a tricky corner.

As a shrewd character, the former Zimbabwe international player managed to face the tide and weather it.

As a caretaker coach, nothing much was expected from him than a respectable finish in that season.

They managed to collect 25 points from a possible 30.

Mutuma and Malajila were banging in goals that later gave them an edge over FC Platinum.

It was Mutuma who delivered the lead in the last match of the season against Kiglon at a packed Rufaro Stadium, with Zhokinyi sealing the match just minutes before the final whistle.

Those were the days of the famous ‘zora butter’ celebrations.