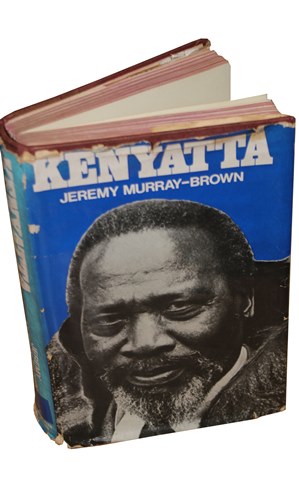 “Land is the key to the people’s life; it secures for them that peaceful tillage of the soil which supplies their material needs and enables them to perform their magic and traditional ceremonies in undisturbed serenity, facing Mount Kenya.” – Kenyatta

ON December 12, 1963 Kenya attained independence with the seemingly daunting task to lead the ‘new’ country taken up by the late President Jomo Kenyatta.
Born Kamau waNgengi, President Kenyatta was the country’s prime minister from 1963 to 1964 and then became the president in 1964 till his death in 1978.
The ‘wave of change’ was sweeping through Africa; most nationals were rising up against the colonial masters in an effort to reclaim the control of their countries.
Kenya was joining the league of independent states by that time which included Algeria, Angola, Ghana, Nigeria, Guinea and Mali.
For all his efforts to liberate Kenya, to many President Kenyatta remains one of the most celebrated African heads of state and founding fathers having played a pivotal role in the forming of the Organisation of African Unity (OAU).
Jeremy Murray-Brown in his book Kenyatta attempts to relive the life of Kenya’s first leader, painting a picture of a man ‘torn between two worlds.’
He presents a man who had been dazzled by the ‘charm’ of the whiteman and at the same time wanting to ‘fight’ the struggle with his kith and kin.
“Beneath his dirty sunhat and baggy plus fours Kenyatta struck Europeans nothing more than an agreeable if somewhat seedy Europeanised native,” he writes.
“To his fellow Africans Kenyatta was a sophisticated man-about-town about whose political earnestness, they had certain reservations.”
Could President Kenyatta be wholly blamed for seemingly adopting the ‘let us forgive the colonisers’ stance after the attainment of independence by Kenya?
Kenya attained independence at a time when it was a ‘new’ phenomenon on Africa and Africans were still learning the ropes on issues of governance and running the economy.
So by seemingly giving the white man a reprieve, President Kenyatta was allowing the Kenyans in power to adapt to the new environment.
Murray-Brown suggests that President Kenyatta during his heyday in politics could not resist the urge to go to London as, “Before him was the lure of the white man’s magic, the touchstone of knowledge and of all that his race had missed through their centuries of isolation from the rest of the world.”
President Kenyatta was introduced to politics by James Beauttah a member of the Kikuyu Central Association (KCA) in 1924, but became an active member in 1928.
The mistake the whiteman did not only in Kenya, but with all Africans was to undermine the abilities of the black man to see beyond the ills perpetrated on them.
The whiteman came to Africa armed with the Bible ‘spreading Christianity’ and using it as a tool of oppression.
The results were not the ones they were expecting in Kenya.
The KCA hid behind Christianity mobilising people and spreading their views on the emancipation of the blacks.
Having been schooled at a missionary school, President Kenyatta,
Murray-Brown concedes that the Europeans thought they had him in their palms.
They were wrong; President Kenyatta was working for the liberation of his country.
Africans wanted the right to their land and other natural resources which the whiteman had taken over.
“Land is the key to the people’s life; it secures for them that peaceful tillage of the soil which supplies their material needs and enables them to perform their magic and traditional ceremonies in undisturbed serenity, facing Mount Kenya,” Murray-Brown quotes President Kenyatta’s book Facing Mount Kenya.
The Kenyans wanted the land in their country to be managed according to their own traditional customs and required title deeds to the land they owned.
To show how lowly the whiteman thinks of the black man, Murray-Brown suggests that President Kenyatta only became mature when he met a white lady Diana Stock.
Before then, the KCA under the tutelage of President Kenyatta was only interested in the shortages of resources such as red clay used by the Kenyans to paint their faces and clay to make clay pots.
Had it not been for Stock, the organisation would not have transformed to dealing with ‘serious’ issues.
The writer wants us to believe it was a white person who helped the Kenyans out of their misery.
Ironically, it was the same white people who had put them in their predicament.
Murray-Brown and his kin can try to downplay the role of President Kenyatta in shaping Kenya and Africa’s history, but in Africa he remains a hero and one of Africa’s founding fathers.