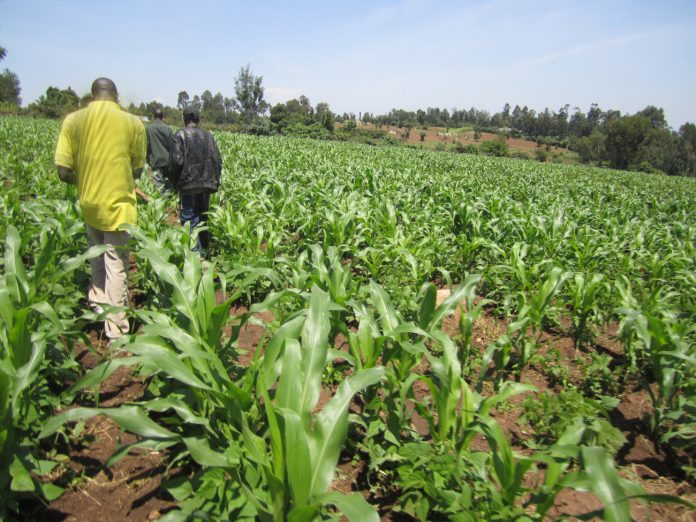 UNITY and discipline have been the recurring themes for ZANU PF and it was not difficult to see why that rallying call must not only be embraced by the comrades who thronged Masvingo last week, but be the focal point of the ruling Party’s activities going into the future.
Ahead of the 16th ZANU PF Annual National People’s Conference in Masvingo, the disturbing trend of public brawling by Party officials had given the anti-Zimbabwe media something to feast on, but as President Robert Mugabe finished off his address on Saturday, there was overwhelming consensus that unity is key to development.
During his address at the Party’s 104th session of the Central Committee meeting on Wednesday last week, President Mugabe pinpointed the threats posed by lack of unity in ZANU PF.
“This has been a disturbing year for us as a party,” he said.
“As leaders, we failed to demonstrate maturity and discipline which is expected from us.
“There is nothing wrong in expressing aspiration and ambition for positions in the party or in the private sector, but what we frown upon is unbridled and shameless ambition.
“Maposition emuparty haajambirwe, tine matanho.
“Vanhu vanokwira zvishoma nezvishoma (People should not jostle for party positions. There are procedures to be followed. People rise in the party bit-by-bit).
“Dirty politics should not be entertained.”
It was in Masvingo during his closing speech that the familiar line was once again stressed to ZANU PF members when President Mugabe urged junior Party members to respect their leadership and remain disciplined.
“Tauya tine zvichemo zvatanzwa zvaiswa pamwechete,” he said.
Tauya zvakare tichiziva kuti tanga tiine makakatanwa.
Todzokera kumusha, kumaprovinces edu, zvichemo tazviumba muma resolutions achaiswa pamwechete.
Makakatanwa tose tabvumirana kuti ngaarege kuvamo.
Kurwisana ngakurege kuvapo.
Gwara, gwara ngariteverwe, gwara remusangano.
Discipline, discipline, discipline, discipline.
Kuzvibata tichitevera gwara remusangano.
Kuzvibata tiine ruzivo rwekuti varipamusoro vanosungirwa kukudzwa, vari pazasi vakukudzeiwo imi muri pamusoro.
Ndokuumba kwatakaita musangano, ndomagariro agara ari emusangano. Ndomarwiro atakaita Chimurenga, ndomarwiro atinawo, ndomarwiro atinosungirwa kuramba tinawo, humwechete ihwohwo.
Ndofunga tose takauya kumusha weMasvingo tikaona kwakagadzirirwa. Kutitambira sevaenzi vavo – vanga vasina kutsamwa kwete; vachiti pindai, pindai tiritose, pindai pindai tivake musangano tose.”
The Conference was held under the theme, ‘Moving Forward with Zim-ASSET in Peace and Unity’.
President Mugabe said unity and peace in ZANU PF were critical to national development.
“To my mind this successful Conference has in fact gone a long way in preparing the party for the 2018 general elections,” President Mugabe said.
“While the programmes and activities Government plans to embark on should be primarily for our people’s benefit; they should also try to build towards our 2018 election campaign.
“Thus, our hope is that after the Conference, the party should now find itself directing more of its energy, more of its resources to once again work as a unit.”
More critical were reports given on the state of the economy and what needs to be done.
Government is anchoring its economic development on agriculture through the Command Agriculture initiative.
Finance Minister and ZANU PF Secretary for Legal Affairs Patrick Chinamasa told delegates the programme being initiated by Vice-President Emmerson Mnangagwa had been boosted by a US$85 million facility largely funded by the private sector.
The Special Maize Production Programme is targeted towards achieving a two million tonne annual output
That is a welcome development given that food security has been a challenge affecting the country.
Minister Chinamasa said Statutory Instrument (SI) 64 of 2016, which restricts importation of products that can be manufactured domestically, had spurred industrial growth.
He said Government had completed a concession agreement for the dualisation of Beitbridge-Chirundu highway and has also completed construction of Tokwe-Mukosi Dam, which will see 22 000 hectares of land put under irrigation.
In addition, Government is working on upgrading the Bulawayo Power Station to 90 megawatts after securing US$85 million from the African Development Bank.
The manufacturing sector recorded growth due to the introduction of SI64.
According to the latest Confederation of Zimbabwe Industries (CZI) statistics, capacity utilisation had risen to 90 percent in the cooking oil manufacturing sector, 85 percent in yeast production, 75 percent in biscuits manufacturing, 70 percent in furniture and 60 percent in detergents.
Cement, dairy and tyre manufacturing also recorded growth in 2016, with the good story extending to job-creation.
According to one of the presentations at the Conference, the local manufacturing companies in bedding, plastics, detergents, chloride batteries, sugar and food processing expanded staff complements due to increased business.
The mining sector is also poised for growth according to Mines and Mining Development Minister Walter Chidhakwa during his presentation.
Two platinum mining companies will also be opened to help achieve the set 16 tonne target.
US$60 million will be released for gas exploration in Lupane while several other projects at all sectors of the economy are at various stages of implementation.
As the Masvingo Conference post-mortem commences in earnest, there is no doubt ZANU PF emerged from that gathering more united and geared up for challenges that lie ahead.
As President Mugabe aptly put it: “The Party is united as ever.”