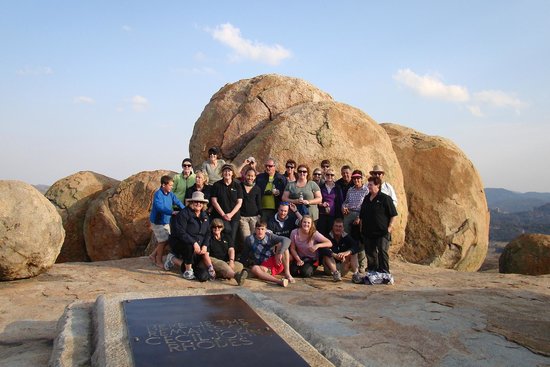 EDITOR – I READ in a local weekly something The Patriot has said time and again.

In short, Cecil John Rhodes’ remains must be removed from Matobo Hills and sent back to England where they rightfully belong.

Rhodes, the chief coloniser, decided to be buried on our sacred shrine of Njelele.

He did so in order to ‘kill’ our spirituality as Zimbabweans.

My understanding is, Rhodes should have been buried in South Africa, but he insisted on being buried at Matobo Hills.

We all know Njelele is a place for our ancestors.

Rain-supplicating ceremonies were also conducted there where Musikavanhu lived before the homosexual Rhodes and his partner Leander Starr Jameson were buried there side-by-side.

Why must they continue to desecrate our holy shrine?

Some argue they are tourists attractions, but I disagree.

As long as Rhodes and his partner are at Njelele, the spirits of the land will always be angry with us.

I’m always disturbed when I see many schools taking our children there.

It’s like they will be glorifying Rhodes for not only colonising us, but for also killing our religion.

What I find disturbing also is that the first king of the Matabele,  King Mzilikazi (Ndebele) people is buried just about three kilometres from where Rhodes and his partner lie, but schools never take children there.

What is wrong with us as a people!

Why do we continue to glorify Rhodes at the expense of our very own king.

Is it that Rhodes was white?

Rhodes, his partner and that Allan Wilson Patrol desecrated our scared shrine.

They must be removed from Njelele forthwith!