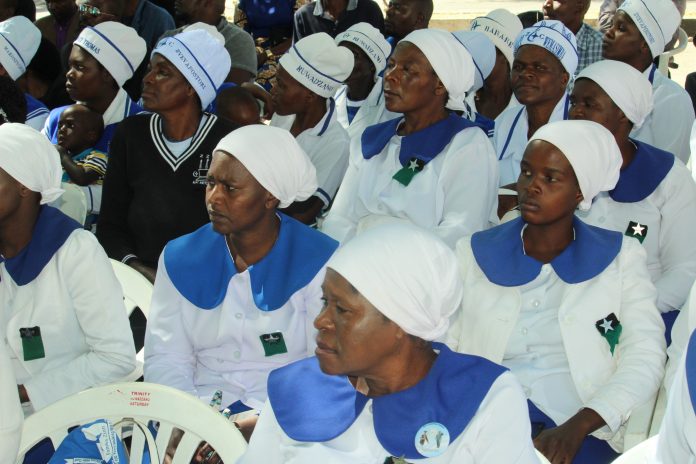 WITH the home in mind, the First Lady Amai Auxillia Mnangagwa has initiated a kitchenware collection programme aimed at restoring the dignity of women who lost their kitchen utensils during the devastating Cyclone Idai.

The programme has first seen a donation of kitchen utensils ranging from pots, pans, plates, spoons, cups, buckets and dishes, among others, as part of a nationwide campaign that resulted in women present at that meeting pledging to change kitchens of the affected women.

Cyclone Idai hit parts of Mozambique, Malawi and Zimbabwe, leaving many people dead, several others missing and many homeless.

Emotionally relating the plight of the affected people, Amai Mnangagwa could not help but shed tears while reflecting upon the predicament of the women.

Others who, perhaps, had recently started their kitchens, lost their kitchen- ware as it was either swept away or buried in the mudslide and under the boulders.

Speaking during the handover ceremony in Harare, Amai Mnangagwa hailed the timely intervention of churches such as ZCC Mbungo, Emmanuel Fellowship Ministries, Methodist Church in Zimbabwe and Eternal Word Ministries who heeded the call to provide kitchen utensils to victims.

Amai Mnangagwa said, in her visit to the cyclone-hit areas, she had realised that foodstuffs were not enough to solve the problems bedevilling the affected communities.

“I feel honoured and humbled by your timely response to my call to provide kitchen utensils for the Chimanimani victims. It was during one of the visits to Chimanimani that one of the young women who I handed a bag of mealie meal looked at me and cried,” Amai Mnangagwa said.

“I wondered why she was crying until she told me that she was going to give the bag to someone else because she had no pots and plates to use to cook. She said they were eating from tree leaves. It was then I realised there was still more that we were supposed to do in making sure the affected people are catered for.

“It was not only women who had this problem but men also told me that their wives who cooked for them, along with their children, were gone. There is something that happened there. There are people who are suffering and others who are suffering much more.”

Amai Mnangagwa said that for a kitchen to be called a kitchen, the utensils had to be found in it.

“A kitchen is not a kitchen without utensils. This donation made here today is a kitchen for Chimanimani.

“You have consoled me; my heart was heavy because of what I saw in Chimanimani. This is our problem and it came to all of us.”

Speaking to The Patriot about the role of the kitchen in the African setting, University of Zimbabwe lecturer Professor Sheunesu Mpepereki said the kitchen has always been the epicentre of the African home.

“The kitchen is the heart of the family unit. It pumps life into the family because food is the most important element of life.

“There is literally no home when there is no kitchen,” Professor Mpepereki said.

“When people are cold, they sit around the fire in the kitchen, even if it means cooking outside because that is only the relocation of the kitchen. The kitchen hut is the centre of all activities in the home. The African traditions and customs such as kuroora, doro remusha, even at death, the deceased rests in the kitchen before he or she is buried.

“The kitchen is the headquarters of the home as an organisation because this is where the midzimu meet with their children.”

Dr Brylyne Chitsunge, Ambassador for Food Security in Africa under the Pan-African Parliament highlighted that the Cyclone Idai incident was a time for the African people to unite.

“We as the Pan-African Parliament bring our deepest sympathies to the people of Zimbabwe. We will help the country in every way possible because this is the time for us to unite as African countries.

“Let us work collectively in making sure that the affected families get the kitchenware because it will help them heal.”

According to the Deputy Minister of Local Government, Public Works and National Housing, Jennifer Mhlanga, over 52 000 households were affected by the cyclone and a lot of work is still being done to assist the affected people.

She said 347 lives were lost while 344 people are still missing and over 52 700 households were affected with 17 600 people left homeless.