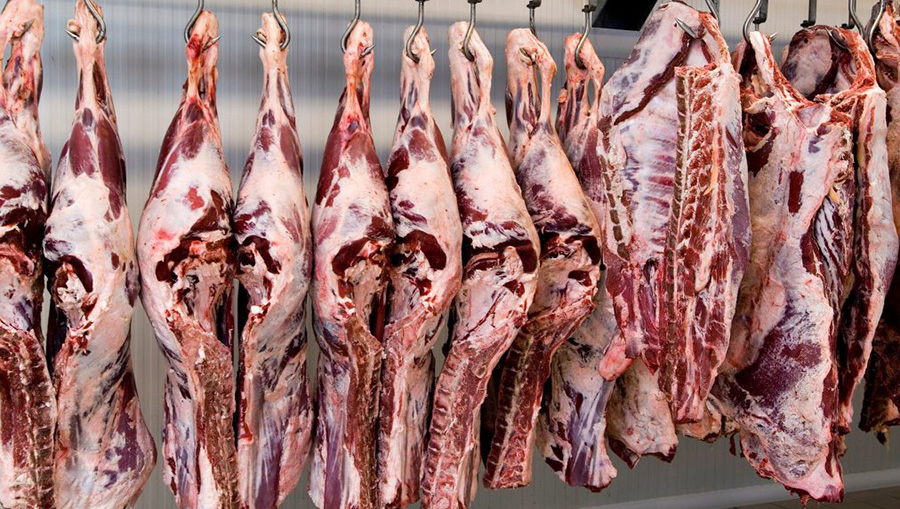 Selection of individual cattle for breeding

THE pedigree of cattle is important if quality animals are to be produced.

The bloodline ascertained for breeding bulls, as in the case of the ZIMPLATS-Palmiline beef and dairy project in Mhondoro-Ngezi, is a typical example.

To effectively design sustainable genetic improvement programmes, correct matching of genotypes with the prevailing and projected socio-economic and cultural environments should be considered. (Mpofu 2002)

Breeding aims should be well defined.

Adaptive traits, such as resistance to diseases and parasites and their adaptation to extreme weather conditions (Khombe 2002; Ndebele et al 2007) and for traits of economic importance such as calving interval, age at puberty, age at first calving (Musemwa et al 2009) must underscore to improve communal cattle production.

Programmes that inspire farmers to maintain records should be established since records form the basis for genetic enhancement in livestock production.

Issues to do with ideal bull selection and rotation must be fully considered by all farmers whether commercial or communal to avoid in-breeding.

For example, Mpofu (2002) reported 74 percent calving rate for MaShona cows almost 20 percent higher than that of Sussex (56 percent), indicating the importance of selecting cattle before using them as breeding animals at communal level. Khombe (2002) reported that MaShona cattle were more resistant to ticks and had high calving and weaning rates under marginal environmental conditions characterising most communal areas when compared to some exotic breeds.

In livestock production, there are situations in which the ideal animal could be the intermediate between an indigenous breed which are adapted to the local environment and big bodied exotic breeds (Gwaze et al 2009; Mashoko et al 2007) to exploit cattle breed complementarity and heterosis. (Garwe et al. 2002)

Imported cattle breeds have been crossed with local breeds to combine the high productivity of exotic breeds with adaptive qualities of indigenous breeds in the smallholder dairy sector.

Muchenje et al (2007) reported that there was an increase in milk production from Jersey × Nguni and Jersey × Tuli F1 and F2 crossbred cows reared under smallholder farming conditions at Matopos Research Institute. Khombe (2002) concluded that exotic breeds with higher growth potential can be used to upgrade growth performance of the indigenous cattle. Communal farmers prefer to cross Brahmans with indigenous breeds because they consider them to be adaptive and docile (Mashoko et al 2006).

Most crossbreeding programmes, however, have lacked long-term strategies on how to maintain a suitable level of upgrading (Garwe et al 2007) and the indigenous genetic source (Assan 2012) due to uncontrolled breeding management characterising communal areas.

Farmers should set up home-based oil extraction units and use the cake as winter supplement from legume seeds such as sunflower and soya which has been verified to be effective in livestock practices.

Forage and hay, made from high-quality grass, legumes and agricultural crop residues such as maize stalks, soya bean and groundnut stover can be used as winter supplements to lessen the dry spell nutritional shortfall in animal diet.

Farmers should be encouraged to use cheap technologies, such as urea treatment of crop residue, which can increase crude protein content  from three-14 percent for supplementary cattle feeding (Masikati  2010) during the dry season.

Introduction of fodder banks, which can be used to supplement cattle feed during the dry season, should be practised as this is what the President’s vision in NDS1 speaks to.

Use of cultivated forages has been reported to improve land carrying capacities and cattle productivity. (Mashoko et al 2007)

Indigenous hay and fodder storage systems, such as the dara in Shona, must be improved on such that feed will always be available in times of need.

The fodder must be of high nutritional content through supplementary additives such as vitamins and molasses that can be added to the hay by farmers on site.

The Department of Research and Specialist Services (DR&SS) where indigenous breeds are bred should develop cattle weigh belts for use by communal farmers.

These should be specific to the small framed indigenous breeds and farmers can use them to estimate calving weights, weaning weight and 400-day weights which are necessary in breed improvement programmes.

The data should be captured by a pivotal person per ward, such as a worker from the extension services, livestock production department as well as officials of the veterinary services (dip attendants).

Advantages of weigh belts are that they are low-cost and are inexpensive to resource underprivileged communal farmers compared to conventional or digital scales and farmers will not be short-changed when they trade their animals through informal markets.

Farmers can also use the weigh belts to estimate weights when they sell their cattle to avoid under-pricing the animals.

The previous beef production manuals produced in Zimbabwe were targeted at the commercial sector hence did not sufficiently address the precise requirements of communal farmers in terms of feed know-how, breeding management and proper application of draught animal power.

There should be deliberate effort to produce a beef production manual packaged in a manner comprehensible to the communal farmer.