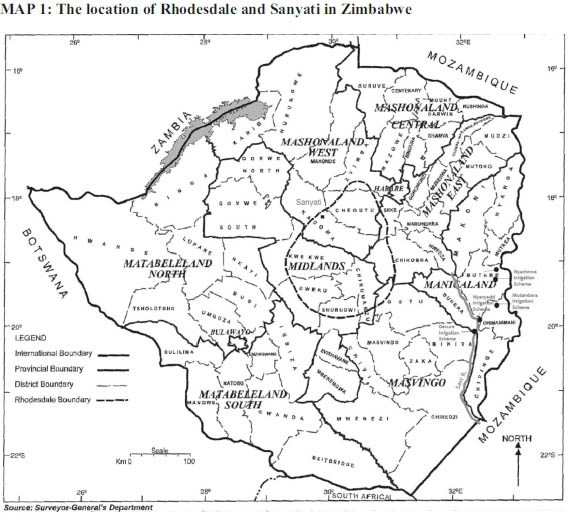 THE combination of commerce, Christianity and cultural domination began with European traders and was followed by Christian missionaries.

Traders and missionaries called increasingly upon their home governments for support as they angered the indigenous people. Hence, these governments got into the business of the so-called ‘civilising mission’.

Believing that colonial control would facilitate Christian conversion on the continent, missionaries acted, politically, in terms of their own best interests and that of their home countries.

Most distinct was the Rhodesian regime’s perceived marginality in terms of distance from historical centres of ‘missionisation’, economic growth, population concentration and political power.

The Gokwe-Sanyati region was distinguished by the historical absence of competing claims by European settlers to land.

A malarial, tsetse-infested lowland with patchy and variable rains, it was considered to be unsuitable for crop cultivation or animal husbandry by whites.

Catholic and Baptist missions were only established in the region between 1954-1963, while the construction of Government schools only began in the late 1970s, before increasing rapidly after Zimbabwe’s independence in 1980.

Prior to the 1950s, the Rhodesian regime never considered the idea of developing irrigation in that region.

With the pressing task to resettle ‘immigrants’ from the former areas, agricultural demonstrators were urgently required in connection with the settlement of new ‘immigrants’ who were moved into different ‘native reserves’ by the Rhodesian authorities as they enforced the Land Apportionment Act, to make way for more colonial settlers.

Demonstrators were employed in marking out new lands for these people.

For example, one of their major tasks entailed the preparation and marking out of lands for planting.

This was in-line with the Agricultural Demonstration Policy adopted by the Director of Native Agriculture in 1945.

The occasion for the arrival of development in the Gokwe-Sanyati region was the forced resettlement of entire villages or chiefdoms from the European-expropriated farms and African reserves in the south and west of the colony.

According to some, though development intervention arrived late in this region, it arrived as a more fully articulated package than in the African reserves in the south and east of the colony.

Before the advent of irrigation in the area, Rhodesian reaction to drought mainly included the distribution of food relief but, more importantly, it entailed encouraging peasant farmers to grow drought resilient crops such as cotton, mhunga and sorghum.

This was confirmed by the Provincial Commissioner of Mashonaland South, when he stated: “A marked swing to drought-resistant crops is expected in the fight for the alleviation of hunger in the rural areas.”

Two departments, the Native Department and the Agriculture Department, became the best agents of the Government’s action.

Under Policy Circular No. 10 of 1945, namely the ‘Duties and Aims of Demonstrators’, stipulated that: “Agricultural Demonstrators are appointed to assist and advise natives to make the most of arable and grazing lands.

They receive instruction and supervision from the District Land Development Officer regarding methods to be adopted.”

Circular No. 10 added: “Their duty is to instruct and advise in methods of tillage; conservation of soil and water; crop rotation; compost making and use; the planting, growing, harvesting, storage and use of various crops; pasture improvement, and other subjects connected with the use of land and to carry out the Government Agricultural policy for Natives.”

Among the first demonstrators to be appointed and stationed in Sanyati were Lazarus Sithole and Macloud Mushawarima.

The demonstrators, in turn, worked hand in hand with the traditional leadership, mainly chiefs, to implement white agricultural policies, projects and other measures deemed necessary by the Government.

For example, when cotton was introduced, these demonstrators and such administratively appointed chiefs, together with compliant religious leaders, were tasked with the responsibility of persuading and convincing ordinary people to accept the rationale for cotton cultivation in suitable districts like Sanyati.

This had the effect of alienating the chiefs and headmen from their people.

Thus, the engagement of traditional leaders was often resisted and it tended to create social inequalities in the manner in which power and income were distributed between the two categories (chiefs and commoners).

By giving the chiefs this vantage position, the Rhodesian authorities was promoting the emergence of differentiation in the Gokwe-Sanyati communal areas.

In fact, among its major activities and pursuits in the Gokwe-Sanyati area, between the 1940s and 1960s, the Government made a conscious effort to reconcile agrarian conservationist goals with the imperative to increase the prosperity of both settler-Europeans and indigenous Africans.

The Government also wanted to ensure the regularisation of irregular tenurial arrangements and the rationalisation of agrarian techniques.

This meant that agriculture’s success was not only based on the growing and marketing of produce.

It had to take into account soil preservation measures, the granting of communal tenure to peasant farmers and the ‘standardisation’ of agricultural methods to be applied to all rural areas in colonial Rhodesia.

Most of all, ‘European and African areas’ were to be developed along different lines as enunciated by the Land Acquisition Act.

Thus, the various types of administrative procedures and practices authorised by the regime, at that time, coupled with peasant participation or resistance, shaped the course of agriculture and rural differentiation in the Gokwe-Sanyati communal areas during this period.

The questions at this juncture are:

Why were these objects of reform – tenure conservation and technique – perceived as necessary dimensions of a unitary colonial project devoted to ‘native advancement’?

Was ‘modernisation’, irrigation development and differentiation achievable on the strength of these?