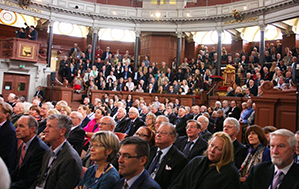 CECIL JOHN RHODES died at Muizenberg in Cape Town on March 26 1902 but continues to haunt Zimbabwe and benefits accruing from his vast estates are still being enjoyed by his kith and kin.
His remains were buried at the Mulindadzimu Hills in Matopos.
It lies in a granite tomb and there is a brass plaque written “Here lies the remains of Cecil John Rhodes.”
Rhodes ordered his burial on one of the granite hills that commands a magnificent view of the landscape.
We visit him, pay to watch him in his opaque, granite grave.
We guard his remains, 24/7.
The magnificent view of the landscape, the Matopo National Park and Rhodes’ graves rakes in thousands of United States dollars per annum from local and international tourists.
Much of the money is remitted to Rhodes’ Trust based at Rhodes House, Oxford, England.
The Trust created out of Zimbabwe’s wealth was established in 1902 under the terms and conditions of the will of Cecil Rhodes, and by subsequent Acts of British Parliament.
It consists of two registered charities, the Cecil Rhodes Scholarship Fund and the Rhodes Trust Public Purposes Fund.
For 78 years till 1980 the Rhodes Trust only gave scholarships to white Rhodesians.
Zimbabwe has had two slots each year since 1980.
Just two.
This scholarship stole largely from black children to reward white children from the rest of the world.
It is a fact that all the funds of the Rhodes Trust come from Africa.
Nonetheless out of the 200 available slots every year, only 15 are for Africans and 100 for Americans, 11 Canadians and nine for Australians.
The irony of the scholarship lies in that Botswana, Lesotho, Malawi, Namibia and Swaziland share one slot.
As if this is not enough Nigeria and Egypt are not selected for this scholarship despite the massive looting of natural resources in these African countries.
The codicils in Rhodes’ will read:
“Thus a population of 13 460 000 persons in the British Colonies is allotted 60 scholarships.
“A population of 76 000 000 in the United States is only allowed 100 scholarships.
“But a population of 7 405 000 persons, excluding India, Nigeria and Egypt, are allocated no scholarships at all.
“The average of scholarships to population is one in 760 000 in the United States, and one in 224 000 in the 15 British colonies to which they have been allotted.
“If the omitted British colonies were dealt with on the same scale as the fifteen, 33 new scholarships would have to be founded.”
The Trust has never made Zimbabwean beneficiaries public.
Maybe it is only Arthur Mutambara who benefitted.
President Mugabe’s 18-year-old presidential scholarship has educated more local graduates than Rhodes Trust in 112 years.
More than 4 000 Zimbabwean students are currently studying through the Presidential Scholarship Fund in 15 South African universities while since its inception in 1902 only 36 Zimbabweans benefitted from Rhodes Colonial Scholarship.
What Zimbabweans get is to keep the bones while Britons get to keep the profits and the benefits!
It is time the Rhodes Trust and all its assets are listed as a national concern.
The Trust should be localised rather than educate Europeans who are born in ‘super rich’ countries that benefited from colonialism and can afford to educate their children.
Rhodes’ legacy reads; truth, courage, devotion to duty, sympathy for and protection of the weak, kindliness, unselfishness and fellowship.
Everything about the Rhodes scholarship from its administration to beneficiaries contradicts the above values of truth, sympathy for and protection of the weak, unselfishness and fellowship.
In his sixth and final testament and will dated July 1 1899, Cecil John Rhodes wrote:
“I direct my Trustees to establish certain scholarships and these scholarships I sometimes hereinafter refer to as “the Colonial Scholarships”.
“I further direct my Trustees to establish American additional scholarships sufficient in number for the appropriation in the next following clause
hereof directed and those scholarships I sometimes hereinafter refer to as “ the American Scholarships.”
“My desire being that the students who shall be elected to these scholarships shall not be merely bookworms I direct that in the election of a student to a scholarship regard shall be had to
i. his literary and scholastic attainments.
ii. his fondness of and success in mainly outdoor sports such as cricket football and the like.
iii. his qualities of manhood truth courage devotion to duty sympathy for the protection of the weak kindliness unselfishness and fellowship and.
iv. his exhibition during school days of moral force of character and of instincts to lead and to take an interest in his schoolmates for those latter attributes will be likely in after-life to guide him to esteem the performance of public duty as his highest aim.”