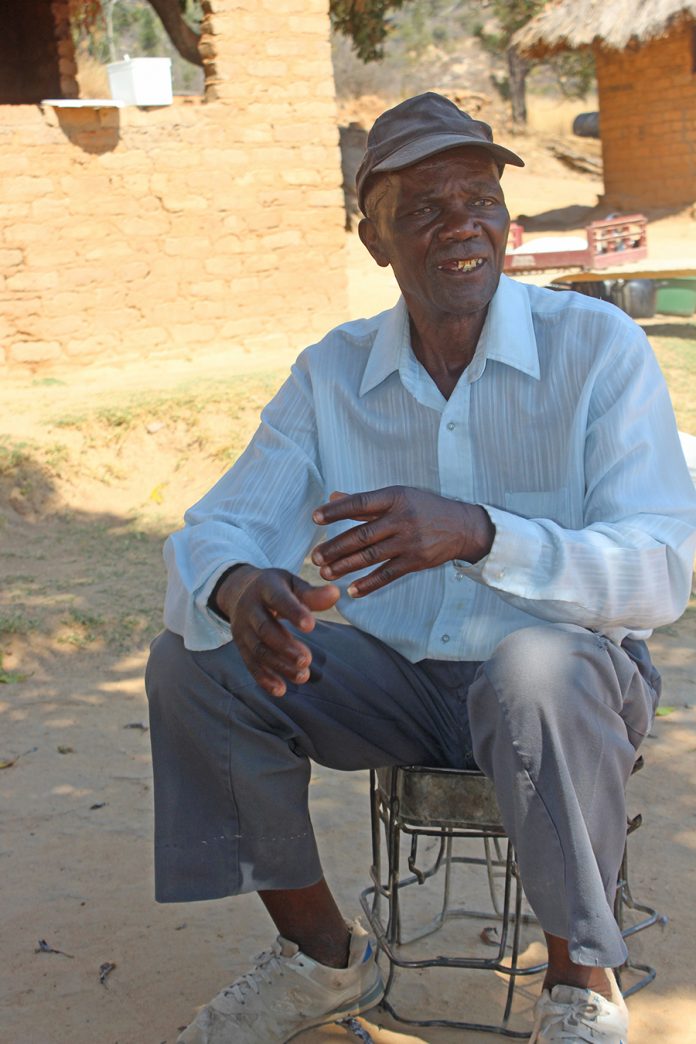 The story of Lazarus Chigiji

FEAR struck me when the clear sky suddenly developed ominous dark metal clouds in the form of helicopters.
It was around 7am and I was about a kilometre from the guerilla base on Bwanya Mountain.
I was with Lisbon Chivandire, waiting to receive breakfast for the guerillas from the chimbwidos from our village.
I was only 14 years old.
The food for the comrades was brought by Abigal Besa and Marybah Zvomuya.
On Christmas eve of 1977, we had spent the night at the Base.
It was a jovial pungwe we had had.
That meeting was the first pungwe to be held in our area of Chigiji, Bindura.
Muzorewa’s military wing, Pfumo Revanhu, had a training base in Musana about 10km from our village, hence the area was infested with Pfumo Revanhu soldiers, popularly known as madzakutsaku.
Bindura town was about 15km away, hence the intense Rhodesian military operations in the area.
We had never witnessed any contact between the guerillas and Rhodies.
As I looked up in the sky, trying to figure out what was happening, I saw a huge cloud of dust billowing into the sky; it was a convoy of Rhodesian military trucks.
We had been sold out.
We ran towards Bwanya Mountain where the liberation fighters were based.
As we approached Bwanya Mountain, we realised that the helicopters were dropping paratroopers on the mountain.
We changed direction and began running towards Zhenje Mountain.
Fortunately, it started to rain heavily, which worked to our advantage.
We managed to reach Zhenje Mountain unnoticed, taking advantage of the rains and vegetation cover.
The mountain had a lot of caves and we knew the caves very well since we used to hunt on that mountain.
The rains gave the well-trained ZANLA guerillas the opportunity to leave the mountain and take proper positions to engage the enemy.
The helicopters landed on the mountain while the rains pounded heavily for a good three hours.
As the rains subsided, the fight began.
There was heavy gunfire.
Cdes Netsai Mabhunu, Kasikai Kuridza, Joze Mafiraidi, Mudzimu Ndiringe, Pfumo Rinobaya, William Sango, Fungai Chimurenga and George Tichatonga were among the guerillas on the mountain.
The sound of gunfire was frightening since it was my first time to hear it.
We kept still in the cave, fearing detection by the Rhodies.
The blowing sound of the Rhodesian military vehicles excited me; for a moment I forgot that I was in a battle.
I was delighted when I saw a huge flame of fire as the Rhodesian military trucks were blown up before they could move.
In that instance, helicopters were starting to attack.
I cannot explain how delighted I felt when I saw two helicopters torn to pieces.
The attack on the helicopters and the military vehicles was a great blow to the Rhodies.
The battle lasted for about three hours.
Rhodesian soldiers died in numbers while survivors fled into the bushes.
We waited on the mountain for about an hour to make sure the battle zone was clear and safe for us to go home.
As we were descending from the mountain, we were shocked to hear neighing horses.
The guerillas were attacking some Rhodesian soldiers who had come on horseback from Bindura.
We then rushed back up the mountain, fearing to be caught in the crossfire.
The freedom fighters drove the survivors away before they vanished.
We stayed on the mountain until sunset.
The following day, the Rhodesians brought lorries to ferry their dead.
I later heard from the schoolboys from Chigiji Primary who were forced to load the corpses that more than 30 Rhodesian soldiers perished in that battle.
Rhodesian forces also lost two helicopters, six military trucks and 11 horses.
Cde Kasikai Kuridza and three mujibhas perished in that battle.
That battle liberated our area because Rhodesians never returned.
The battle also instilled confidence in the villagers to continue collaborating with the guerillas.
Compiled by Emergencey Mwale-Kamtande.