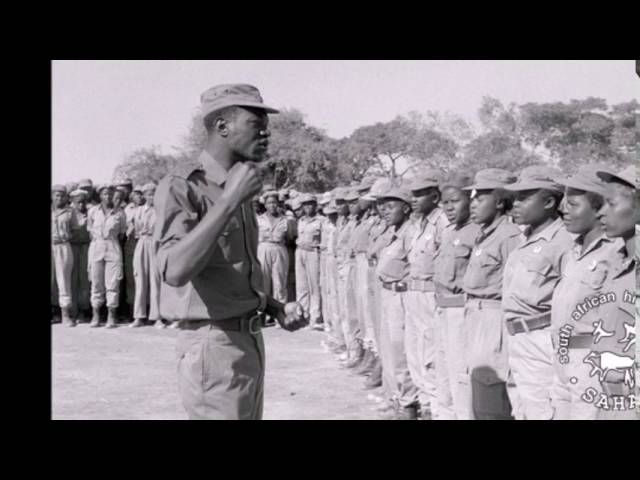 DURING the liberation struggle, one of the roles of female guerillas was to ferry ammunition from bases in Mozambique to the war front in the then Rhodesia.
This required dedication and commitment since we delivered these weapons on foot, in most cases covering over 100km carrying heavy artillery.
In the rare moments trucks were available, we would be dropped at the border.
Since 1976 when I joined the liberation struggle, that was our main duty.
In 1978, I became a security cadre and my responsibility was to guard war materials and the comrades transporting the ammunition.
During transportation of arms, we moved in a single file.
The security cadres would be in the front and back of the group to ensure maximum security.
It would take us three days to walk to the Zimbabwe-Mozambique border from the rear.
I remember one crossing to the front in November 1978. It was raining.
We crossed the border in the middle of the night into Rhodesia in the Tombo area in Nyanga.
I was with Cdes Vivian Mwashita, Editor, Nehanda, Muchaneta and Lucy, among other combatants.
As I led the group, I noticed a glow in the dark.
It appeared to be a glowing cigarette.
I realised at that moment we had walked into enemy territory and we had to fight.
Most of the combatants with us were females with only a few male cadres who had fighting experience.
Cde Editor, the commander, gave us orders to take positions.
Lightning streaked through the sky, lighting up the place.
It was now raining heavily.
The flash of the lightening clearly exposed the position of the Rhodesians.
They were on the road up the mountain.
We were fortunate to see them before they saw us and the heavy rains worked to our advantage.
I was assigned to check all the positions of the Rhodies as I was security personnel.
I took along Cde Muchaneta and Cde Lucy for the mini-reconnaissance.
Since I came from Nyanga, I was familiar with the mountain range in which we were and this made the operation easy for me.
The noise of the rain and thick vegetation ensured we remained inconspicuous to the enemy.
The Rhodies had set up base three kilometres from where I had noticed the glow of what I presumed to be a cigarette.
By the time we got close to their base, some were sleeping in their small tents while others were making noise drinking beer.
We swiftly rushed back to inform our superiors of the position of the ‘drunk’ Rhodies.
Although we had very few male combatants with us, I don’t know where we got the strength and courage to attack the enemy.
Cde Editor told us to secure our materials and go for the attack.
Using our bayonets, we hurriedly dug some pits where we put our materials before we went for our historic attack.
We were told we were going to hit the Rhodesians in typical guerilla-style, this would be a hit-and-run operation.
It took us about 20 minutes to walk up the mountain.
By the time we reached our target, the rains had subsided and the Rhodies were now warming themselves up with whisky and singing loudly.
I don’t remember the name of the male commander who was in charge.
We were to all start firing after the commander fired his best-shot.
It was now around midnight when the best-shot was fired.
For 10 minutes we relentlessly fired into the Rhodesian camp.
We had caught them by surprise.
The Rhodies’ return fire was feeble and many of us had already tactfully retreated and headed to the agreed gathering point.
Since I was responsible for security I was among the cadres who retreated last.
I left the battlefield with an injury on my hand.
I don’t know how I sustained it because I only realised when we were on our way to the gathering point that I was bleeding.
My fellow comrades gave me basic medical aid to stop the bleeding before we broke into a trot to the gathering point.
We ran for the next four hours before we reached the agreed point. I was the only injured combatant in that attack.