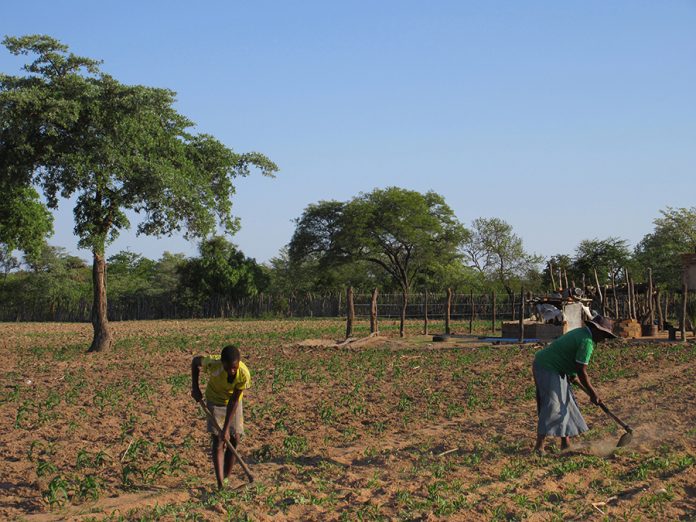 IN the 1930s, when the Government first began to take an active role in the promotion of irrigation schemes in the communal areas, there was no indication that the same innovation would be introduced in Sanyati, more than 30 years later.

Irrigation did not seem to be a top priority in the Government’s scheme to develop the peasant sector in the border region of Sanyati.

Since the passage of the Land Acquisition Act (LAA), the white settlers created separate areas for their own use and they did not want to compete with Africans on an equal footing.

This policy was consolidated and intensified by the adoption of the Native Land Husbandry Act (NLHA) 20 years later.

State intervention in agriculture was the order of the day and the material upliftment of indigenous people was not a priority in the minds of the white settlers.

Hence, the colonial’s racialised development regime has largely been responsible for shaping the face of peasant agriculture in the Sanyati communal lands.

The determination by the Government to subordinate African economic interests to those of the white settlers that it represented was clear in the racial policies it voiced since, and even prior to, the implementation of the Land Apportionment Act of 1930.

It frequently stood in the way of indigenous people’s economic initiatives as it tried to ensure that Africans did not compete on an equal footing with whites.

Life in the African areas was communal in character.

It was the racial discriminatory policies in vogue since the passage of the Land Acquisition Act (LAA) and the Native Land Husbandry Act (NLHA) by the colonial Government which led to the perception of Africans residing in rural areas as having few economic wants and reflecting them as uneconomic.

Thus, in this period, the state made concerted effort to use racist propaganda to eliminate competition between the two races, which also implied the elimination of an indigenous entrepreneurial class.

Their motives regarding African development were far from being altruistic.

This was demonstrated in a statement by Ian Douglas Smith, the former Prime Minister of Rhodesia, when he said in reference to demonstration policy: “Extension work was mainly conducted to improve farming systems – extension officers went out into the field to translate the work of Government specialists who were divided into research workers and scientific implementers of the programmes on to the ground.

“The prime consideration behind the inauguration of such development policies,” he added, “was to prevent the deterioration of the soil and allow an increased number of Africans to subsist in the reserves without the support of government famine relief in times of drought or crop failure.”

Because of their racist policy, coupled with the fact that Sanyati was a land-scarce area, when compared to a land-abundant region like Gokwe, labour migrancy to the white farms and mines of the Midlands and Mashonaland West Provinces of Zimbabwe was quite endemic by the 1950s.

However, the Rhodesians did not anticipate the vital role labour migrancy played in the injection of wage remittances back into the peasant agricultural sector.

In fact, those Sanyati households with relatives working in towns, mines or farms generally possessed the resources or farm implements (zvibatiso) which bettered the burden of carrying out agricultural tasks without the appropriate means with which to do so. In a semi-autonomous settler-colony such as Southern Rhodesia, it can be pointed out that the emerging post-war development regime was constituted to meet a set of very explicit requirements.

On one hand, the state was bent on maintaining white settler-hegemony and ensuring that a constant supply of labour was guaranteed for white enterprise.

On the other, it was considering the idea of achieving sustainable development in the African areas.

Achieving the former alongside the latter sometimes produced numerous contradictions to a point that, at times, there was lack of coherence and consistency in the settler-Government’s policies and strategies regarding rural development.

In the circumstances, Africans adopted their own methods to achieve prosperity with the result that those with greater initiative became more successful; some farmers progressed more than others.

From a Government point of view, rural agriculture was to be improved through the engagement of the Native Department which was directly responsible for the appointment of agricultural demonstrators and extension officers.

In fact, the Agriculture Department – an arm of the Native Department in the then Ministry of Internal Affairs –through institutional development agents such as demonstrators, extension officers and land development officers (LDOs), was designed, among other things, to provide material services and advice to the indigenous peasantry throughout the country.

For example, registration of cotton growers’ numbers was also utilised to facilitate marketing procedures and the disbursement of cash to farmers who had delivered their crop to the Cotton Marketing Board (CMB) – now the Cotton Company of Zimbabwe (COTTCO) in Gatooma (Kadoma).

The returns from the cultivation of this crop, often achieved at the instigation or insistence of the State, enabled some peasants to amass some wealth in their communities.

Agriculture and cotton, coupled with labour migrancy, led to clear forms of socio-economic differentiation in the Sanyati communal area.

The differential impact exerted by cotton agriculture on this border economy was unusual by many standards.

Clearly, some peasants benefitted disproportionately from colonial agricultural schemes, while the majority were disadvantaged.

Some have conceded that the forced removals of people from ‘crown lands’ might have arbitrarily disrupted and redefined previous community-based relationships, including fluid and dynamic ones, but at the same time these relocations did not dampen the people’s zeal to economically produce or reproduce themselves as a class.