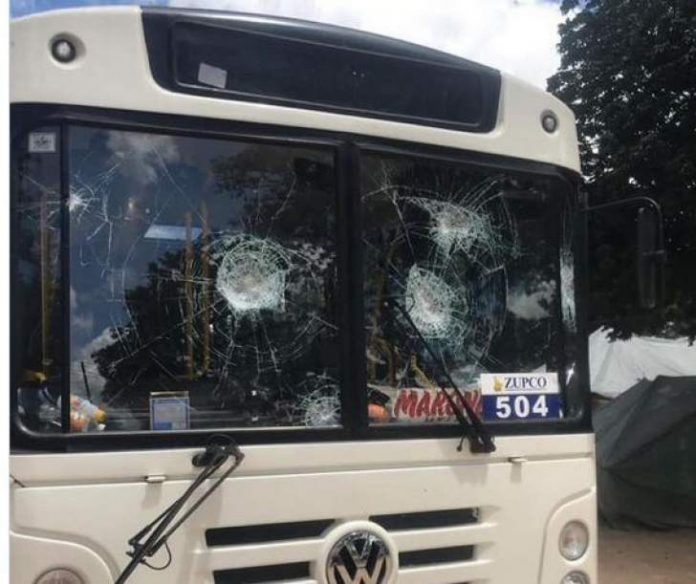 EDITOR – THE recent scuffles that took place in Chitungwiza resulting in the stoning of a ZUPCO bus by MDC youths can be described as sabotage and that is unacceptable.

ZUPCO buses are the panacea to people’s transport blues, a cushioning against the high fares charged by private commuter omnibuses. Such wanton acts of terror must be severely dealt with by the law.

Who is Job Sikhala anyway?

What right does he have to make issues that have nothing to do with us be the reason we become disadvantaged?

ZUPCO buses are a very much appreciated investment for the people and being a commuter myself, I can testify that they are a lifeline that came at a time when I had officially declared myself incapacitated and unable to carry out my duties due to the exorbitant prices charged by some unscrupulous transport owners.

It is also highly disturbing to know that there are people who do not appreciate efforts put in place by the Government to ensure that everyone is able to travel to their intended destinations at reasonable and affordable prices. These buses benefit even those committing such atrocious acts.

My advice to my fellow Zimbabweans is, there is a limit to being used and abused.

Open your eyes and do not destroy projects that benefit you all in the name of politics.

Violence is never a solution.

A leader who encourages followers to cause harm and damage in society is nothing but a sham.

Let us follow leaders who are for peace and progress.

At least a million commuters use urban public transport countrywide everyday, so if there is a possibility that they can get reasonable fares, it is something to be applauded and encouraged.