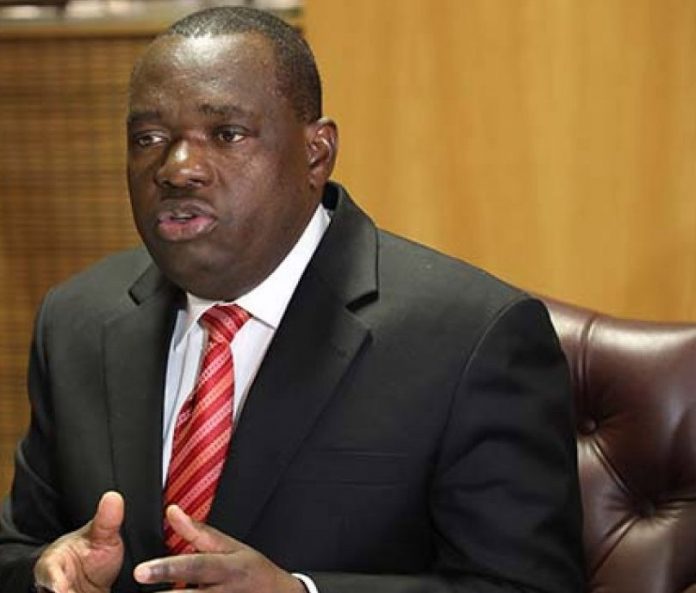 UNTIL this Monday, when Foreign Affairs and International Trade Minister Dr Sibusiso Moyo appeared before the Parliamentary Portfolio Committee on Foreign Affairs and International Trade to brief them on his ministry’s programme, the real impact of Western-sponsored illegal economic sanctions on Zimbabwe had not been fully told.

The sanctions story, which exploded in 2000 soon after Zimbabwe had embarked on the historic Land Reform and Resettlement Programme, had almost made its sponsors, the West, look like saints through their incessant propaganda.

They lied about everything in the narrative; lies that the naive MDC believed and fed on.

Never mind the propaganda about human rights, ‘stifling’ of democratic space, electoral ‘theft’ by ZANU PF and untested allegations of mismanagement of resources by the ruling Party, that is a ruse.

That has been the nature of the West, masking their real intentions by creating chaos and anarchy.

The compelling reality is that sanctions were, and are, meant to make the people of Zimbabwe suffer until they turn against their Government.

They were meant to weaken the country’s economy; to make it look ugly in the eyes of the masses; to dissipate all prospects of sustainable livelihoods, all to turn the people against ZANU PF and foment civil strife in Zimbabwe.

On December 21 2001, the then US President George Bush signed into law what he called ZDERA, a weapon to bring the country’s economy to its knees.

ZDERA ‘demanded’ that Zimbabwe’s land tenure system revert to the pre-1998 order, meaning the reversal of the Land Reform and Resettlement Programme.

That did not happen!

That could not happen because, central to Zimbabwe’s very existence is the emotive issue of land which can only be negated by those wont on destroying our legacy.

To Zimbabweans, the message from the leadership has always been clear; that the nation must unite in order to defeat the never ending machinations of the enemy.

This is the message that President Emmerson Mnangagwa delivered during his address to the ZANU PF Women’s League National Assembly at the party headquarters on Friday last week.

The message was not only for ZANU PF members, but for every citizen of this country.

This is why the West used all sorts of dirty tactics to cajole the world into believing their lies.

But as is always the case with everything in life, those lies are beginning to catch up with them.

They even went to the extent of blocking several Zimbabwean companies from accessing funds internationally, including withholding money meant for the development of the country.

Thousands of innocent lives were lost as a result of those evil sanctions.

And there was Minister Moyo, in Parliament, on Monday, laying bare heartrending facts to the nation about the truth and reality of the widely discredited sanctions.

It is only those with nerves of steel who can withstand the shocker that emerged from Dr Moyo’s presentation.

“It is estimated, for those who have done the studies, that Zimbabwe has lost (an estimated) US$42 billion in revenue because of the sanctions.

“The country lost multi-lateral donor support which is estimated at about US$4,5 billion annually since 2001 and US$12 billion in the IMF, World Bank and African Development Bank loans which could have developed infrastructure in this country and commercial loans estimated at US$18 billion which could have gone to the private sector and into other areas and as a result of that, a reduction of GDP of over US$21 billion.

Now that’s a picture of what has been the impact of the sanctions in the past two decades.”

“This is the main reason our foreign policy at the moment targets at re-engagement with those countries who have seen us in a negative way and who should therefore unlock this particular area. That’s why, since his inauguration, His Excellency (President Mnangagwa) has dynamised Zimbabwe’s quest to normalise relations with the West through re-engagement.

Serious and focused dialogue has already been initiated with key constituent countries, among them the United Kingdom, the US, Germany, France, Sweden and Australia.

The main objective of the re-engagement is to normalise all aspects of the country’s relations by ending Zimbabwe’s isolation and reopening all lines of communication. The engagement with the EU, until the advent of the Second Republic, the EU refused to recognise the legitimacy of the outcomes of any election, accusing (the) Zimbabwe Government of vote-rigging and human rights abuses.

However, the new dispensation has enabled the thawing of relations with the EU as seen by their observance of the July 31 elections and continued exchange of high level visits.”

When all is said and done, the issue of sanctions must continue to be exposed by all those who love and care about this country.

Those who have slapped the country with sanctions must do the right thing and remove them as a matter of urgency.

Let those with ears.