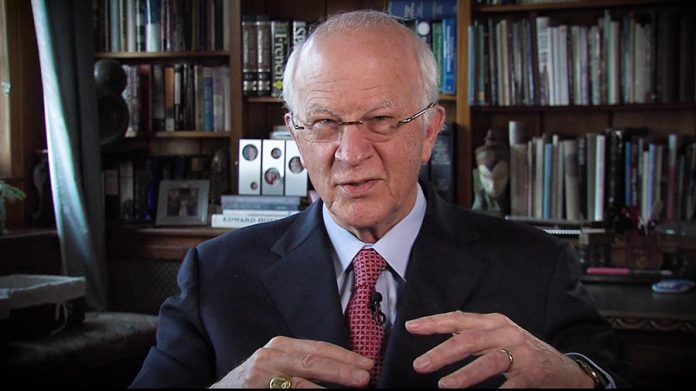 THE latest move by US senators to push for more Zimbabweans to be added on the sanctions list was without doubt an embarrassing exposure of Uncle Sam’s lies that there are no sanctions against Harare.

Traditionally, the US has bought the media both within and outside its borders to parrot the narrative that there are no sanctions against Zimbabwe, instead preferring to call them ‘restrictive measures’ but that ruse is fast losing grip and has as such lost steam with desperate agility.

Before the US announced its intention to unleash its onslaught on Zimbabwe through the sanctions, former US Assistant Secretary of State for African Affairs Chester Crocker made a bizarre statement, which has unsurprisingly remained under-reported ever since.

Crocker was preparing for a Senate debate on the Zimbabwe Democracy and Economic Recovery Act, which laid the foundation for official sanctions on the country when he said:

“To separate the Zimbabwean people from ZANU PF, we are going to have to make their economy scream, and I hope you, senators, have the stomach for what you have to do.”

Crocker unravelled the US’ playbook which would revolve around plausible deniability by his country’s officials on the sanctions issue.

The idea was to and still is to claim that neither sanctions nor drought are the cause of the economic meltdown in Zimbabwe.

But having been brutally exposed by SADC and the AU whose decision to officially join hands in the fight against the widely discredited sanctions culminated in the highly subscribed October 25 2019 anti-sanctions gathering in Zimbabwe, the US has resorted to mobilise regional countries in its futile bid to justify the continued but unwarranted existence of the embargo.

On Monday last week, US Ambassador to Botswana Craig Lewis Cloud was exposed by SADC Executive Secretary Dr Stergomena Lawrence Tax after he had lied that ‘failed economic policies and corruption’ and not sanctions have destroyed the country’s economy.

Cloud met Dr Tax at SADC’s headquarters in Gaborone before the US Embassy in Botswana shamelessly claimed on Twitter that:

But Dr Tax immediately responded to the tweet, saying SADC’s position on sanctions was clear.

“This was not part of what was discussed. Might be the position of the embassy, but definitely not SADC’s position,” said Dr Tax.

What the US is failing to realise and which should be common sense to them is that, issues to do with corruption are dealt with by bodies that have been created by the Government.

Equally compelling is the inescapable fact that the electorate will ultimately deal with the corrupt in the ballot not being punished by a reckless country whose penchant of interfering into the internal affairs of other nations is now agitating the world as seen by their war with Iran which has seen them having a feel of what aggression entails.

On Wednesday last week, probably smarting from Ambassador Cloud’s embarrassment, Senators Jim Risch, chairman of the Senate Foreign Relations Committee and Chris Coons, a member of the Sub-committee on Africa and Global Health Policy, wrote to the US Treasury secretary Steven Mnuchin and Secretary of State Mike Pompeo requesting that the US Department of the Treasury update the list of sanctioned people in Zimbabwe.

Summoning their usual humanitarian mantra, the senators ignored the ubiquitous fact that aid to a sanctioned country effectively means nothing.

“While the US has been the top provider of humanitarian and development aid to meet the needs of Zimbabwe’s people, the Government of Zimbabwe has implemented a misinformation campaign blaming the country’s woes on targeted sanctions programmes implemented by the US,” the senators said in the letter dated January 29 2020.

“It is important that the US communicates to the people of Zimbabwe that our sanctions programmes are aimed at deterring human rights abuses, public corruption, the undermining of democratic processes or institutions, and political repression in Zimbabwe.

“They are not aimed at the Zimbabwean people.

“Given the developments in Zimbabwe over the last two years, we urge you to consider enhancing the tools at your disposal, including the use of targeted sanctions, to incentivise changes in behaviour by the Government of Zimbabwe.

“An update to the list of the Specially Designated Nationals and Blocked Persons list should incorporate a balance of new designations with appropriate removals.”

What is now coming out in the open and with devastating consequences for the US is that people are seeing through their lies and soon Zimbabwe will hit back with a sucker punch.