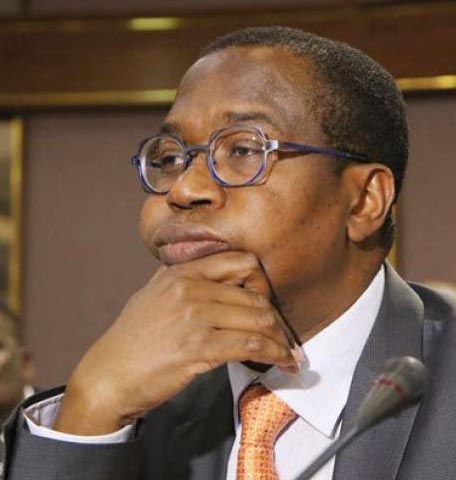 THE hypocrisy of those who claim there are no sanctions on Zimbabwe defies logic, especially when juxtaposed on damning statistics on the damage these sanctions have inflicted on the country.

Such are their bizarre, infantile and sometimes embarrassing utterances on that subject that they end up unwittingly contradicting themselves.

Take for example one Tendai Biti, who was Finance Minister during the disastrous Inclusive Government’s comments on sanctions, then and now.

Having been given little room to manoeuvre, especially after inheriting Patrick Chinamasa’s January 29 2009 multi-currency basket masterstroke, which the non-conformist Biti touts as his idea, the MDC Alliance vice-president innocuously found himself attacking the West for imposing sanctions on Harare.

That is the reality that confronts every Finance Minister in Zimbabwe.

Chinamasa was battered by those sanctions and now Professor Mthuli Ncube is being savaged by the same.

President Emmerson Mnangagwa too, despite having opened Zimbabwe’s doors for re-engagement with the perpetually arrogant West, is having to contend with the same malaise.

Speaking during a meeting at the 73rd edition of the United Nations General Assembly (UNGA) in New York last year, President Mnangagwa, as quoted in the Sunday Mail, said:

It was a bilateral quarrel.

But the British were able to internationalise our bilateral quarrel between ourselves and them, which roped in the EU, and then it roped in the Americans through former President (George W.) Bush, and in Britain there was Tony Blair.

But I’m happy now they have a lady.

You know when we got our Independence in 1980, in 1979 there was a very serious war in Zimbabwe against Ian Smith.

But there was a change of government in the UK and Margaret Thatcher came to power.

She was the person who ended our war.

So each time there is a lady in Britain, things change. This time around, on the 24th of November (2017) when I was inaugurated, within 35 minutes I had a Minister from (UK Prime Minister) Theresa May calling on me. Our relations with Britain have improved tremendously and we are now talking.

So America is left out in the cold by the British and the EU. But I’m happy that also the German (leader) is a lady. She has sent a Minister to come and resuscitate relations between Zimbabwe and Germany. And we are so happy with Germany. The same with France, though he is a man but again, he’s very good.

The quarrel is at the level of administration, where ZDERA (the US sanctions law on Zimbabwe) was put — you know that history.

But just now the signals that are coming from Washington are very positive.”

The 74th edition of UNGA presents many opportunities for Zimbabwe to present its case for the removal of the widely discredited sanctions, especially on the back of the resolution by SADC that October 25 2019 be declared the day for the call of the removal of those sanctions.

It opens doors for Zimbabwe to move towards a future of more and plenty that many aspire for in the country.

That, however, does not mean that we should forget the past.

We will never forget how the EU violated every rule in the book as they sought to punish us through the sanctions.

In 2007, the EU carried out a study evaluating coherence and co-ordination among its member-states in the application of Article 96 of the Cotonou Partnership Agreement (CPA).

The study was carried out by the Netherlands, the UK, France and Belgium.

The CPA came into being in 2000 as a replacement of the 1975 Lomé Convention as the defining document guiding relations between 77 countries from Africa, the Caribbean and the Pacific, on one hand, and the industrially and militarily powerful EU, on the other.

Article 96 of the CPA outlines the procedures to be followed should a country be deemed to be in violation of certain governance, rule of law and human rights requirements of the agreement as defined in Article 8.

The contents of that study can embarrass the EU and those who support the sanctions on Zimbabwe, and maybe that is why it has not been given the publicity it deserves.

It is stated openly on Page 37 that: “The EU in some cases prefers ‘silent diplomacy’ instead of a consultation process that attracts public opinion.”

More damagingly, Page 19 admits that sanctions are harming the economy.

This flies in the face of oft-repeated claims that the EU’s ‘targeted’ and ‘smart sanctions’ have had no bearing on Zimbabwe’s economic performance and the shrinkage of the national economy is solely attributable to mismanagement by Harare.

The paragraph in question reads: “Since any sanctions or even a threat of sanctions can have negative impacts on the economy (for investments for instance), it is easy to blame the EU for all economic difficulties the country is facing.”

As Zimbabwe forges ahead with its fight against sanctions, the time has come for the country to respond in kind to those who try to destroy it.