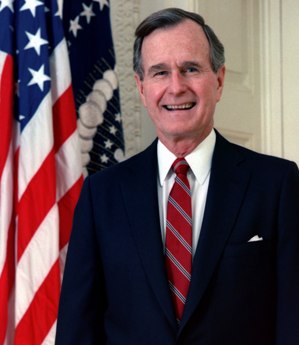 AMERICA and the European Union (EU) have imposed sanctions against Russia.
The significance of such drastic action, which I think is bordering on desperation, is to present an image to Westerners that their Governments are still in charge.
The question that one needs to interrogate in all this is, “Do sanctions work?”
In Russia’s case the situation is quite peculiar, as the largest energy supplier to Europe and one of the top three oil producers in the world, how long will the EU maintain sanctions on Russia one wonders.
According to the BBC, a long term study by the Petersen Institute finds that economic sanctions are partially successful about one third of the time.
Of the 174 cases that they examined dating from World War One, the most successful cases were when the goal was modest such as the release of a political prisoner.
When the aim was more ambitious, such as changing a major policy, the success rate drops to about 30 percent.
In their latest edition of the study titled ‘Economic Sanctions Reconsidered’, Gary Clyde Hufbauer, Jeffrey J. Schott, Kimberly Ann Elliott, and Barbara Oegg offer some lessons from past sanctions that provide politicians with an opportunity to reflect the changing political and economic environment of the 21st century:

• Don’t Bite Off More Than You Can Chew
Policymakers often have inflated expectations of what sanctions can accomplish.
At most there is a weak correlation between economic deprivation and political willingness to change.
The economic impact of sanctions may be pronounced, especially on the target, but other factors in the situation often overshadow the impact of sanctions in determining the political outcome.

• Friends Are More Likely to Comply than Adversaries
Economic sanctions are most effective when aimed against erstwhile friends and close trading partners.
These countries have more to lose, diplomatically as well as economically, than countries with which the sender (country imposing sanctions) has limited or adversarial relations.

• Beware Autocratic Regimes
It is hard to bully a bully with economic measures. Senders should not expect that sanctions will work as well against large targets that are strong, stable, hostile, and autocratic.

• Slam the Hammer, Don’t Turn the Screw
There is a better chance to avoid military escalation if sanctions are deployed with maximum impact.
This was the authors’ conclusion in 1990 regarding Iraq and remained their policy advice in 2007 in the confrontation with Iran over its ambitions to develop nuclear weapons.

• More Is Not Necessarily Merrier
A large coalition of sender countries does not necessarily make a sanctions episode more likely to succeed.
Cooperation is generally sought only when the objective is very ambitious and is often not needed when goals are more modest.
Moreover, the greater the number of countries needed to implement sanctions and the longer the sanctions run, the greater the difficulty of sustaining an effective coalition.

• Choose the Right Tool for the Job
Sanctions often are the first course in a menu of actions against belligerent nations.
In many instances, they are deployed in conjunction with other measures directed against the target: covert action, quasi‑military measures, or regular military operations.
Indeed, in some cases, economic sanctions merely provided an interim response until military action could be organised—as President George H.W. Bush admitted in his memoirs about the first Gulf War.

• Don’t Be a Cheapskate or a Spendthrift
Senders need to match costs imposed on domestic constituencies (and allies) to expected benefits; otherwise, public support for the sanctions policy may quickly erode.
But senders also need to take care not to worry so much about minimising self-inflicted costs that they devalue the impact of the overall exercise.

When one goes through this list of lessons learnt, it is apparent that the grandstanding by the West dramatised by the imposing of sanctions on Russia will prove to be a futile exercise.
In today’s global world isolating Russia is tantamount to Europe shooting itself in the foot, or better yet cutting its nose to spite its face.
This kneejerk of the West to react with sanctions and bombing when all else fails while somewhat effective on smaller weaker states like Zimbabwe might prove to be the West’s Achilles heel.
Where have sanctions really brought about the desired results for the West. Under Saddam Hussein, children starved to death because of sanctions and yet Saddam and those close to him flourished.
In the case of Iran, oil prices rose in the aftermath of the 2012 embargo with oil prices rising above US$110 per barrel.
Whenever sanctions are imposed on nations in the developing world, the results are the same; the squeezing of the economy financially ruins the working masses who are the majority, a deterioration of the economy translates to higher cost of living, poor service deliveries in health, education.
The Americans understand that sanctions negatively affect the lower classes and operate under the hope that the masses will rise up against the ruling elites. Sanctions are a blunt instrument to prod the masses to rise up, many believe that sanctions or targeted measures, are intended for the elites, but that is not the case. If sanctions were targeted at the ruling class in Zimbabwe, why did Chester Croker have to inform Congress that sanctions would make the economy scream and cause the people of Zimbabwe to desert ZANU PF in favour of the opposition, MDC?