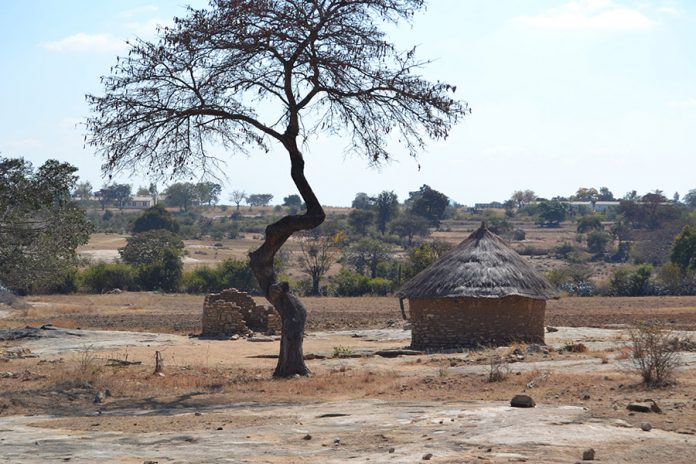 DURING the 1940s, the indigene Africans living in the Sanyati ‘reserve’ and the ‘Special Native Area’ of Gokwe were far removed from the ‘cordon sanitaire’ of European life.

The region was perceived as the wild, remote and culturally backward domain of the ‘Shangwe’ ethnic group until the 1960s.

The indigenous African peasants were however, market-oriented and quite commercialised in their rural activities.

However, the people had already been drawn into a pattern of seasonal migration for employment; often for wages in kind, especially on European farms to the north-west of the highland commercial farming centre of Gatooma (Kadoma).

Some however, believed they could use their stake in the land to prosper, and declined to sell their labour power to white employers, prompting the Provincial Native Commissioner (PNC), who lamented: “…the general shortage of labour of all kinds on the mines despite the general increase in wages.”

The average wage on the mines, at the time, were 22s.6d to 27s.6d and on the farms at 20s.0d to 22s.6d. Although attractive to the Provincial Native Commissioner, these wages failed to lure sufficient quantities of labour to meet the mines and farms’ requirements.

On the one hand, this was sufficient testimony that Africans were indeed economic men.

On the other, it can be pointed out that whilst since the 1940s the dryland cultivation of the staple crop (maize), rapoko, sorghum and pumpkins was undertaken in rural Sanyati in conjunction with livestock rearing (amid efforts to eradicate the tsetse menace), as well as hunting and gathering, the prevalence of migrant labour as dictated mainly by excessive land pressure.

In circumstances of land shortage, the need to eke out a living from off-farm activities naturally became greater.

Thus, for those who migrated, migrant labour and the earnings that were repatriated for purposes of boosting agricultural production became significant bases of class differentiation among the rural community.

These were followed, five or six years later, by an even worse drought in 1947.

In fact, the 1961/1962 season drought hit many rural peasant farmers very hard as it wiped out the early maize and rapoko crop on which they depended on entirely.

The then Minister of Native Affairs who toured the drought-stricken areas described the situation as “serious in some parts, with Matabeleland being the worst affected area”.

By January1962, some peasant farmers in Nkatyi and Ntabazinduna, were already considering approaching their local District Commissioner (DC), to counsel Government of famine relief needs.

The threat of catastrophic droughts reduced peasants’ capacity to produce food crops for their own consumption, let alone for sale.

However, in spite of these calamities, intervention by the administrative authorities in rural agriculture was still largely absent, the purview of the Native Department being limited in these areas largely to tax collection, dispute adjudication and the killing of rampaging elephant, kudu and other game for distribution as emergency food relief and as a ‘conservation’ measure to promote agriculture.

In the early years of white settlement, game slaughter and tsetse fly ‘Magotchas’, control were considered essential as far as protecting human life and crops from rampaging wild animals, promoting conservation and agricultural development was concerned.

In an interview, the then Rhodesian Minister of Mines, Lands and Surveys, defended game shooting by saying: “… the Southern Rhodesia Government Policy towards game is to protect and preserve wherever possible.”

Continuing his defense and believing that the public had an incorrect view of the Government’s game policy, he continued: “It is not indiscriminate slaughter … We do our utmost to avoid slaughter. Our primary aim is to preserve and protect, but this has to be done inconsideration with two vital factors – agricultural development and tsetse fly control. Private enterprise has invested a great deal of money in agricultural development and the taxpayer makes an appreciable contribution every year …

In elephant control it is impossible to know the number of animals that will be killed. What people overlook about game is that practically the whole of the country is agricultural. There is a limit to the amount of game you can have in association with agriculture. Farming and big game don’t go hand in hand …

The problem of game would then boil down simply to a question of protecting agriculture … Sometimes game rangers shoot elephants in self-defence. Elephants can do enormous damage … and to drive them back into their hinterland the Game Department shoots the minimum number necessary … Game cannot stand in the way of development”.

To achieve development in Sanyati, the appalling tsetse fly ‘Magotchas’, menace also had to be eradicated. For the minister this “…has to be kept in check and eliminated where possible. It is, indeed, such a terrible menace that we have to use every known means at our disposal including game slaughter.”

‘Magotchas’ was a term used in the context of the massive and intensive tsetse campaigns mounted in the 1940s and 1950s by the Southern Rhodesian government, to describe the tsetse fly hunters and the ruthless way they killed these insects by spraying their host with toxic chemicals, which killed them instantly, was synonymous in local circles with literally butchering, torching/braaing ‘kugocha’ in Shona, the pests.

Field research confirm that wild animals were killed for purposes of using the meat in the campaign against tsetse.

The meat would be poisoned and used to lure or entice tsetse fly to death.

The minister emphasised that “if a means of fighting tsetse fly other than game slaughter were discovered, the Government would be only too pleased to adopt it.”

From an agricultural point of view many believed that the minister’s argument was justified, but what was not made clear was how the proceeds from the sale of ivory were to be used. Though the minister had acknowledged: “The tusks from these operations would be brought in and the Government would sell them”.

But what of the meat?  So far as the minister was aware, “nothing had been done about the meat”; although he understood that “some of it had been consumed by Africans”

Ideally, some of the profits derived from ivory sales should have been ploughed back into agriculture in Sanyati; lamentably, no official record exists to support this.

Perhaps the only benefit obtained by the people who participated in the hunting of elephants was the privilege to partake of (some) of the meat and to practice agriculture in an elephant and tsetse-free environment!

Dr Michelina Rudo Andreucci is a Zimbabwean-Italian researcher, industrial design consultant, lecturer and specialist hospitality interior decorator. She is a published author in her field. For comments, E-mail: linamanucci@gmail.com