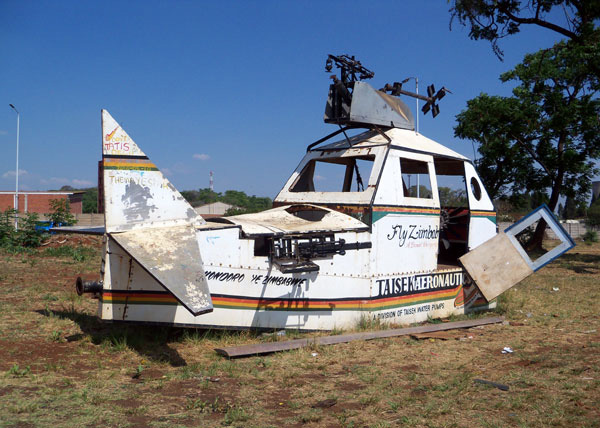 We closed the last episode by stating that we shall return to discuss the need to demystify science and language to facilitate a STEM-led development process.
In Zimbabwe, as indeed in other African countries, science is a feared discipline.
The fear arises from the fact that the subject is couched in technical terms expressed in the colonial languages like English, French, Portuguese and Spanish.
While science is supposed to be knowledge about how the world around us works, in practice, one has to first learn the technical jargon, the foreign language vocabulary that describes the natural phenomena around us.
Instead of talking about how hot or cold it is outside, the science talks of ‘temperature’ and ‘degrees Celsius’.
If a science exam requires the answer as ‘temperature’, a student gets zero marks for failing to write that technical term.
Needless to say even Mbuya Muchigere who has never seen the entrance to a classroom can tell you in local language all about ‘temperature’.
In Shona we have terms like ‘kudziya’, ‘kupisa’ and ‘kupisisa’ when temperature goes really high.
Ndebele equivalents like ‘ukutshisa’, ‘ukukudumala’ and ‘ukuqanda’ abound.
So, ‘temperature’ is the degree of hotness; in Shona ‘chipimo chokupisa’ or ‘isiphimo sokutshisa’.
But these concepts are mystified through use of a foreign language.
We mystify scientific knowledge by couching it in English terminology and insisting that only when expressed in English is it correct.
Let me hasten to add that I have been a chief examiner for science papers with both Cambridge and ZIMSEC examination boards.
With Cambridge, any foreign terms represent a wrong answer.
With ZIMSEC, during our days, an examiner could accept a maximum of only one answer rendered in a local language, otherwise if not written in correct English, the answer is wrong!
Wrong spellings also spelt doom for the candidate.
So, you may know your science but if not rendered in English, you are wrong!
Even then, many students manage to pass the various subjects that are all taught in English as a medium of instruction.
It means these students have a sufficiently high level of English proficiency to understand the ‘science’ and to tackle examination questions.
It is obvious that those with limited English language facility are doomed to failure.
What a waste of valuable human capital!
We were made to understand that the situation of African students failing examinations due to poor language skills did not bother the colonial governments of Rhodesia.
In fact, English was seen as a fine filter to ensure not too many Africans got decent passes to ‘flood’ the labour market and compete with white school graduates.
Language was a colonising tool!
What is it now, Zimbabweans may ask?
That as independent black-ruled Zimbabwe we have left the filters in place is a crying shame!
It is even more important now that we have President Emmerson Mnangagwa and a Government committed to open all economic sectors for business by both local and foreign investors.
The language requirements for Zimbabweans represent shackles that limit capacity to fully participate in the economy.
But let us return to the issue of demystifying science and technology.
Let us further interrogate our science culture in Zimbabwe.
When Daniel Chingoma, an engineering enthusiast from Chitungwiza, ‘invented’ his helicopter a few years back, both the general public and official Government structures and academia dismissed his claim. The helicopter is a scientific animal.
How could someone without Advanced Level science invent such a machine?
To start with, he had not studied ‘A’-Level science subjects such as mathematics and physics. Academics noted that he had not studied aeronautics, the science of flying, at university level.
Helicopters employ a lot of hydraulics, the science of how fluid pressure is used to move machine parts.
Chingoma had not studied all that. Zimbabweans wanted an inventor who had academic credentials. Chingoma had none!
If Bill Gates and Albert Einstein had been Zimbabweans, both the computer and nuclear physics would not have seen the light of day!
Both inventers were academic failures!
Government regulatory authorities also warned that the contraption that Chingoma dubbed a helicopter was a threat to safety and should not be allowed to fly.
And yet all that the budding inventor, Chingoma, needed was encouragement and resources and an enabling environment to further develop and refine his inventive genius!