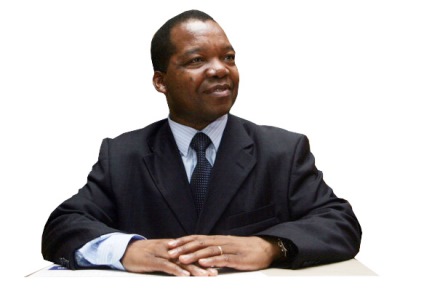 THE rains are now upon us with most parts of the country experiencing heavy showers.
This signals the beginning of the cropping season.
As such, preparations on farms are at advanced stages.
While a lot of issues including lack of funding, high inputs costs and erratic rainfall have conspired to constrain production and productivity in the past cropping seasons, access to ready markets was the major problem.
Hence farmers have been urged to source lucrative markets at the beginning of the cropping season.
Due to lack of market research, most farmers have in the past failed to take advantage of demand in certain products.
Analysts opine farmers must do market research and take advantage of demand in certain products.
“Farmers involved in farming for business should aim to produce for the market and not just act without knowledge of what the market wants,” said one economic analyst Tilda Sibanda.
Sibanda challenged farmers to consult the calendar before they decide to grow a particular crop so that they know the demand and supply patterns in advance.
“It is advisable for farmers to know the time to produce a particular product and its intended market,” she said.
“Most farmers end up with produce rotting by the roadside or in stalls after failing to secure markets.”
Sibanda said lack of access to markets has forced most farmers to dump their produce at Mbare Musika in Harare resulting in the small holder farmers getting peanuts for their commodities.
Another analyst weighed in saying there was also need for sufficient training on market research.
“Although there are services targeted at increasing production, farmers lack sufficient training on how to dispose of their surplus production,” said economic analyst Hubert Mudzingwa.
“There is need to empower these farmers and train them in better marketing strategies to realise what they actually deserve, in terms of prices.”
Sales of local agricultural produce at Mbare Musika dropped by 12 percent to US$3 million in the three months to July this year.
Knowledge Transfer Africa (KTA) a local agro-knowledge-based organisation that closely monitors trade at major fresh produce markets in the country said the figures could actually be much higher had there been proper and adequate market research done to educate farmers on their markets needs and wants.
“Supply could be much higher in terms of volume and variety if market development is prioritised,” said KTA in a statement.
“Due to inadequate attention to markets, over production regularly alternates with under production leading to unsustainable agriculture.
“An agro-based economy can only be transformed through a well-planned agriculture system starting from the market.”
Farmers however blame cheap imports from South Africa.
They said the imports have left them with limited markets to sell their produce.
Horticulture small-scale holder farmer Eugenia Musara said GMOs market gardening products from South Africa were flooding open markets such as Mbare Musika, posing unfair competition against local farmers.
“The marketplace is flooded with tomatoes, apples, onions and potatoes from South Africa,” said Musara.
“These are cheaper than what we demand for ours so at the end of the day we have no choice, but to drop our prices if we are to go home with cash.”
Asustainable agribusiness provider, eMkambo revealed that more than a third of the revenue generated at Mbare Musika in August was realised from the sale of products sourced from neighbouring South Africa.
In its August report eMkambo said of the US$1, 2 million generated at Mbare Musika 38 percent was generated from the sale of imports from South Africa.
In July of the US$1million generated, US$255 392 (24 percent) came from onions sourced from South Africa.
A survey by The Patriot revealed that most supermarket shelves in the country are largely stocked with South Africa imported butternuts, apples and onions, yet poor farmers from Mutoko, Murewa, Domboshava, Honde Valley have to dump their produce at Mbare Musika.
Zimbabwe’s trade deficit is currently hovering around US$3 billion, mostly due to non-productive imports flooding the country.
Since 2007, the country has imported vegetables and fruits from South Africa estimated to be worth US$1 million a month, leaving local farmers with limited markets to sell their produce.
Addressing this challenge, Reserve Bank of Zimbabwe (RBZ) Governor, Dr John Mangudya recently said discipline was a crucial ingredient in addressing high levels of imports which were drowning the economy.
Dr Mangudya urged the Government to address some contradictions in the economy, which were stalling recovery efforts including issuing licences to import commodities produced in abundance locally.
“We give people farms to produce but also give others licences to import the same things that are being produced here,” he said.
“We are destroying the farmer who has been given a farm as they will go out of business.”