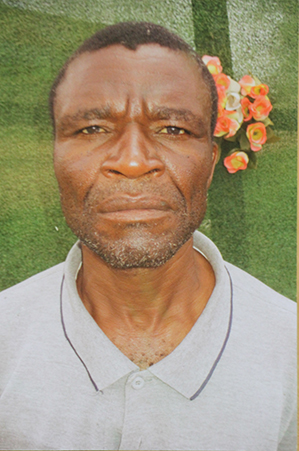 The story of Cde Johannes Mutuvharuvha

BORN on April 5 1960 in rural Rusape, Tanda area under Chief Makoni, I was the youngest in a family of five boys and three girls and a Grade Seven student in 1977.
We were, in the eyes of the whiteman, deemed mature enough to possess that compulsory identification document our elders labelled ‘chitikinyani’.
The story of mass resistance taking form elsewhere had reached our ears and the then Spolilo, now Guruve, was said to be a hotbed of revolution at the time, with the momentum generated by angry masses carrying the day.
However, it was not until 1976 when the war reached our area.
In the period between September and November of 1976, freedom fighters became active in our area.
Stealthily and efficiently, the commissars drilled into us the reasons for fighting and what was required of us to ensure successful execution of the war.
During the day, we saw and interacted with them, but during the night we did not know where they slept for security reasons.
Soon we were all singing from the same hymnbook and the song was ‘Land back to the masses’.
In no time, the infamous District Assistants got wind of the happenings in our area and created a ‘Keep’ or so-called Protected Village to starve the freedom fighters.
When we resisted moving into the Keep, they burnt our homes.
Our elders, anticipating retribution, had already transferred livestock, basic property and other essentials beyond the reach of the enemy.
The war years had been classified accordingly thus: 1976-Gore Rezvematongerwo Enyika, 1977-Gore Rehondo and 1978-Gore Remasimba Evanhu.
Our mode of communication revolved around passwords and codenames and we the mujibhas, were ‘human walkie-talkies’.
We supplied vanamukoma (freedom fighters) with essential information, especially on the movement of Rhodie soldiers.
To foil aerial attacks that were one of the enemy’s potent method, the guerillas almost always preferred to storm the enemy’s lair after hours and they succeeded at that.
As the war wore on, with the Rhodesian forces looking defeat in the face, they unleashed the notorious walkie-talkie-brandishing Selous Scouts.
For a while they fooled and bedazzled us as they employed tactics similar to those of the guerillas, but soon the mist cleared and we could identify friend from foe.
As mujibhas and chimbidos, we received rudimentary training in how to handle and use firearms, hand grenades and anti-personnel landmines in cases of emergency.
The enemy, cornered and desperate, introduced call-ups, the conscription project that targeted the youths into their auxillary units; but we defied it by spending most of our daytime in the bush rather than school, only to appear at night to visit our parents.
Using political turncoats among us, the enemy tried to monitor our movements and infiltrate our secret ‘camps’ in vain.
However, one day the enemy had his brutal way with us.
Obviously we had been sold-out.
Sell-outs were our biggest challenge.
Some of them were people whom we trusted and never imagined would betray their own.
A tense battle erupted on one of our missions to Inyati Mine, at Maparura, where we had taken rest, mapping our way and bracing ourselves for confrontation with white farmers who had transformed the mine site into a refugee camp for their wives and kids.
However, a mischief-maker, a traitor chose to sell us out on that day.
On our part, we certainly had it coming as we had earlier sighted some bateleur eagles circling in the sky.
This was a bad omen, but we did not pay attention to it.
As we rested, we suddenly heard the enemy forces coming in roaring Dakotas, helicopters and fighter jets.
It was midday.
We took positions before all hell broke loose.
The rudimentary training we had received came in handy.
Bombs and a hail of bullets rained and sprayed all over the place in rapid-fire sequence.
Fragments and shrapnel littered the ground, not to mention human figures; our defence was impressive.
Although we suffered some casualties, we had dealt with the detachment that had parachuted into the battle zone with military precision.
When the skies were clear and the fighting had subsided, we elected to abort the mission.
However, Cdes Richard Munaka, Laston Ngozi and Power Chimurenga would deal with the troublesome farmers at a later date.
Compiled by Richard Khosa