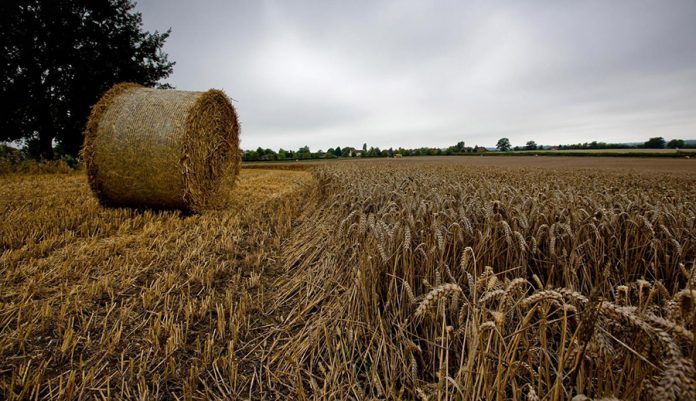 AS the 2019-2020 seasons rumbles on, it holds little assurance of sustained early good rains — although heavy downpours are predicted from mid-January onwards announcing a late rain season.

Following previous seasons of compromised precipitation, cattle farmers in Zimbabwe are still struggling to feed their herds – large or small.

It is no longer adequate to wait for the rains to feed the veld. It is now necessary for rural farmers to think ahead and plan for such eventualities.

Additionally, when silage is grown on the dairy where it is fed, silage can serve as a means to recycle manure nutrients.

Many commonly grown forage crops can be harvested and stored as silage; either as high-energy or low-energy.

There are many types and varieties of sorghums that will fare well in most of Zimbabwe’s climate zones.

The sorghum-Sudan crosses and pearl millet are better suited for grazing or green chop than for silage.

Silage yield of forage sorghums is equal to that of corn for the spring crop although nutritive value is somewhat lower. Thus, per-acre yield of total digestible nutrients (TDN) may be lower.

When harvested for silage, forage sorghums will produce higher yields than other sorghum types and will contain 20–25 person grain although some varieties may contain less.

Other crops, such as sugarcane and crop combinations, such as grain sorghum and soybeans or ryegrass and red or white clover, have also been ensiled.

Most production practices for growing corn silage are the same as for grain production.

For Zimbabwean farmers’ hybrids recommended for grain are also suitable for silage, but these hybrids may produce lower tonnage than hybrids developed specifically for use as silage.

Hybrids developed for use as silage are preferred because, in addition to producing greater tonnage, such hybrids often have stalks that are more digestible.

Planting of silage should be done during the planting season recommended for your area at times when temperature and soil moisture conditions are favourable for germination and growth.

Farmers planting on land without irrigation often delay planting so that tasseling and pollination occurs after the May drought.

Where available, with irrigation,

Without irrigation, plant population should be based on the ability of the soil to supply and retain moisture during the growing season.

As the holding capacity for soil moisture decreases, so also should the plant population.

Row width can vary from 38-100cm, but most growers use rows that are about

76-90cm wide. This row width allows for side dressing nutrients and herbicide applications if needed. The average planting depth should be about 5cm.

To optimise yield of dry matter and nutritive value, corn should be harvested for silage when the moisture concentration is about 65 percent (35 percent dry matter).

A problem with forage sorghum is that allowing the standing plant to dry down to the desired DM (dry-matter), results in harvesting at the hard-dough stage, when the grain kernel is usually too hard to be easily digested by the cow.

Such hard-dough sorghums should be processed with a forage chopper at the time of harvest.

Grain content of silaged grain sorghums will average 50-60 percent of the total yield; thus, the nutritive value of grain-sorghum silage is only slightly lower than that of corn silage.

Grain-producing sorghums should be harvested at 65-70 percent moisture and typically at the soft-dough stage of grain maturity.

For highest yields of digestible dry matter, sorghum-Sudan grass and pearl millet should be harvested in the boot to early-flower stage.

Digestibility decreases very rapidly in the non-grain-producing types after flowering.

Moisture content may be higher than desired to make good silage when harvested at the boot stage.

Therefore, it may be desirable to add dried citrus pulp or some other material to absorb some of the excess juice.

Wilting would be desirable, but the stems will probably be too long to be efficiently handled by wind row and pick up equipment, and too much sand may be picked up.

Dr Tony Monda holds a PhD in Art Theory and Philosophy and a DBA (Doctorate in Business Administration) and Post-Colonial Heritage Studies. He is a writer, lecturer and specialist post-colonial scholar, Zimbabwean socio-economic analyst and researcher. E-mail: tonym.MONDA@gmail.com