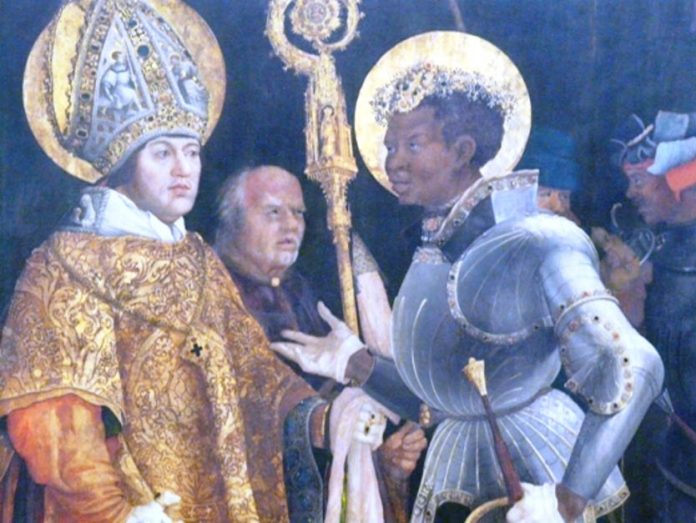 FEW documents portray the ethnicity of the Moors in medieval Europe with more passion, boldness and clarity than Morien.

Morien is a metrical romance rendered into English prose from the medieval Dutch version of The Lancelot.

In The Lancelot, it occupies more than five thousand lines and forms the ending of the first extant volume of that compilation.

Neither the date of the original poem nor the name of the author is known. The Dutch manuscript is dated to the beginning of the 14th Century.

The whole work is a translation, and apparently a very faithful translation, of a French original. It is quite clear that the Dutch compiler understood his text well, and though possibly somewhat fettered by the requirement of turning prose into verse, he renders it with uncommon fidelity.

Morien is the adventure of a splendidly heroic Moorish knight (possibly a Christian convert), supposed to have lived during the days of King Arthur and the Knights of the Round Table. Morien is described as follows:

“He was all black, even as I tell ye: his head, his body, and his hands were all black, saving only his teeth. His shield and his armour were even those of a Moor, and black as a raven.”

Initially in the adventure, Morien is simply called ‘the Moor’.

He first challenges, then battles, and finally wins the unqualified respect and admiration of Sir Lancelot. In addition, Morien is extremely forthright and articulate.

Sir Gawain, whose life was saved on the battlefield by Sir Morien, is stated to have “…harkened, and smiled at the black knight’s speech.’’

It is noted that Morien was as “…black as pitch; that was the fashion of his land — Moors are black as burnt brands. But in all that men would praise in a knight was he fair, was he after his kind. Though he was black, what was he the worse?’’ And again: “…his teeth were white as chalk, otherwise was he altogether black.”

“Morin, who was black of face and limb,’’ was a great warrior, and it is said that: “His blows were so mighty; did a spear fly towards him, to harm him, It troubled him no whit, but he smote it in twain as if it were a reed; naught might endure before him. Ultimately, and ironically, Morin came to personify all of the finest virtues of the knights of medieval Europe.”

According to Gerald Massey: “Morien is said to have been the architect of Stonehenge …. Now, as a negro is still known as a Morien in English, may not this indicate that Morien belonged to the black race, the Kushite builders?

It should be noted that for a very long period the Dutch language used Moor and Morien for Black Africans.’’

Among the Lorma community in modern Liberia, the name ‘Moryan’ is still prominent.

The expulsion from Spain and the dispersal of the Moors

In Liberia, Christian pressures on the Moors grew irresistible.

Finally, in 1492, Granada, the last important Muslim stronghold in al-Andalus, was taken by the soldiers of King Ferdinand and Queen Isabella, and the Moors were expelled from Spain.

In 1496, to appease Isabella, King Manuel of Portugal announced a royal decree banishing the Moors from that portion of the peninsula.

The Spanish King Philip III expelled the remaining Moors by a special decree issued in 1609. Fully 3 500 000 Moors, or ‘Moriscos’, as their descendants were called, left Spain between 1492 and 1610.

Over a million Moors settled in France.

Others moved into Holland.

A very curious story in the Netherlands is that of Zwarte Piet (Black Peter).

By some accounts Zwarte Piet, the companion to Sinterklaas (Santa Claus), was a Moorish orphan boy whom Sinterklaas adopted and trained as his assistant. By 1507, there was numerous Moors at the court of King James IV of Scotland.

One of them was called “Helenor in the Court Accounts, possibly Ellen More, who reached Edinburgh by the way of the port of Leith and acted a principal role in ‘the tournament of the black knight and the black lady,’ in which the King of Scotland played the part of the black knight.’’

There were at least two other black women of the royal court who held positions of some status, and they are stated as having had maidservants dress them in expensive gowns.

There is also reference, in 1569, to the payment of clothes for Nageir the Moor.

In 1596, Queen Elizabeth, highly distressed at the growing Moorish presence in England, wrote to the Lord mayors of the major cities that “…there are of late divers blakamores brought into this realm, of which kind of people there are already too mania, considering how God hath blessed this land with great increase of people of our nation as anie countrie in the world.’’

Her instructions were that “…these kind of people should be sent forth from the land.’’

She repeated this later in the year saying that “…these kind of people may be well spared in this realme, being so populas.’’