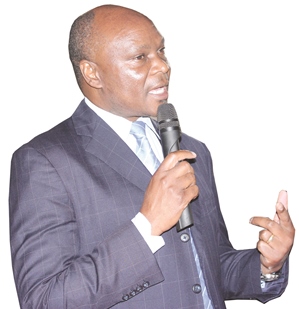 SPECIAL Economic Zones (SEZs) have become the new buzzword for African governments who see in them the long-awaited cure-all remedy to economic challenges that still grip the continent despite decades of structural reform programmes.
SEZs are defined as geographically designated areas of a country set aside for specifically targeted economic activities, supported through special arrangements and systems that are often different from those that apply to the rest of the country.
China, Mauritius and Central America’s successes with their SEZ models have seen African governments becoming eager to try them.
The country plans to re-establish SEZ in the hope to boost economic growth and foreign investments.
Government officials, parliamentarians and captains of industry last week convened in Harare at a SEZs workshop jointly sponsored by World Bank, UNDP, Africa Development Bank (AfDB) and USAID.
The discussions acknowledged that the landlocked country needs more businesses, more jobs, more exports and more investments to achieve economic growth.
World Bank and AfDB prescribed SEZs as the only route to the above wishes.
SEZs are said to be a major contributor in growth of foreign direct investment (FDI), exports and employment.
Hence the concept of SEZs is very attractive to the country which has experienced declining production levels, high costs of production, company closures, high unemployment and trade deficit.
But will SEZ best serve the country?
Through SEZs, investors will be exempted from the Indigenisation and Empowerment law, they will enjoy 100 percent tax holiday and free industrial land for a certain period of time.
However, the country needs to protect workforces from gross exploitation and guard its ideologies which emphasise that Zimbabwean businesses should be owned by Zimbabweans and its natural resources should be used by Zimbabweans.
Through SEZs investors will circumvent the Indigenisation and Empowerment law, which stipulates that locals must have 51 percent ownership in major businesses.
Analysts said SEZs go against the essence of the country’s indigenisation law and promises made to the electorate by ZANU PF during the harmonised elections that saw the MDC-T thumped.
“These people are clever; this is a strategy to go around the indigenisation law which the West is against,” said economic analyst Hubert Muzikani.
“Attempts by the West to have the law amended to suit them failed miserably, but now they are emerging victorious coming under the guise of a system that will accelerate the growth of the economy.
“We are being duped, period.”
The country, Muzikani said, must not be fooled by the talk of infrastructure development.
“The major benefit being talked about is infrastructure development, but that is not what we want,” he said.
“Infrastructure was developed in Bulawayo, but when the Western owners abandoned it did we benefit?
“Today it is lying idle.
“For example, what will we do with infrastructure at a mine whose minerals have been exhausted?”
Muzikani said programmes prescribed by the West never serve local interests.
“It is imperative to remember that structural adjustment programmes under the auspices of the International Monetary Fund (IMF), the World Bank and the so-called Washington Consensus have all but decimated the continent since the 1980s, leading to increased poverty and decreased income,” he said.
Prior to the era of structural adjustment in the 1980s, the gross domestic product (GDP) of Sub-Saharan Africa (SSA) grew by almost 40 percent, but between 1980 and 2000 it decreased by 15 percent.
More so, comparative data on the achievements of zones are not readily available.
Zones that have failed include those in Malawi, Mali, Namibia, Nigeria and Senegal.
In 1986, the International Labour Organisation’s (ILO’s) database reported 176 zones in 47 countries; by 2006, it reported 3 500 zones in 130 countries.
This huge growth occurred despite many zones having failed to meet their objectives.
“The growth is a result of ‘force’ exerted by the Bretton Woods institutions and not corresponding success,” said Muzikani.
Black empowerment lobbyist and Affirmative Action Group executive director, Davison Gomo expressed skepticism that the strategy will accelerate investments, but said Zimbabwe had no choice but to give investors a ‘free’ reign as a result of the desperate situation.
“SEZs are a great idea that has not really worked in most Africa countries,” he said.
“If operationalised, the regions must be allowed to be ‘sovereign within a sovereign country’.
“I do not think indigenisation is one thing that will work in such an environment.”
Minister of Mines and Mining Development, Walter Chidhakwa said the country needs more reforms beyond the introduction of SEZs to arrest the economic slide.
“We have got a multi-pronged disease which needs a multi-pronged approach,” he said.
“I kept on hearing during this workshop that SEZs are not a panacea.
“That is true.”