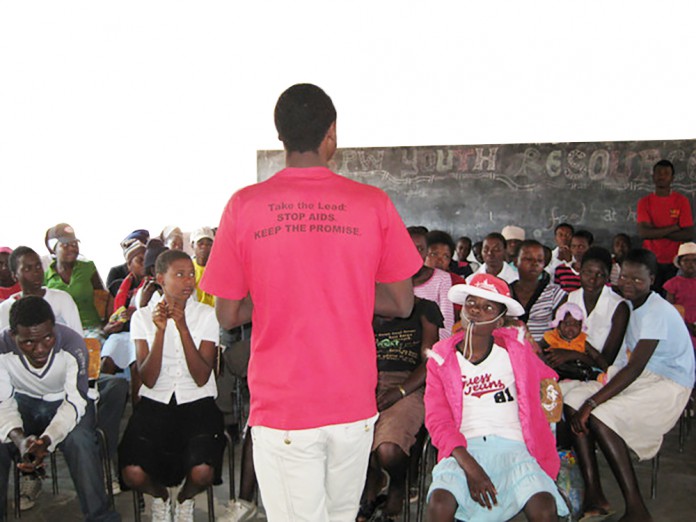 THERE are words we were not supposed to mention, think about or even dare dream of when we were growing up.
It was the unwritten rule or the sacred law which to date remains such, but unfortunately the cost for this cultural or societal silence far outweighs the taboo.
In Zimbabwe the rate of new HIV infections is high among two different groups; the teenagers and young adults, especially the girl child and then the married woman.
Today I will address the married woman and will slowly trickle down to the important teenager and young adult in the coming weeks.
The married woman, for the greater part of her life, is taught how to please her husband.
This in itself is not an issue as it is my belief and understanding that the reverse is equally true; that men are also supposed to be taught how to please their wives.
The challenge we now see with our sexually taboo society and culture comes when one is dealing with negotiating for safer sex.
It has long been highlighted as a problem, but the key question is: Where does this woman learn this value from?
The value of not asking any questions even when one can clearly see that her husband is philandering.
This serious challenge is resulting in new infections among this protected group.
From a societal perspective, the marriage bed, especially that of those married under Chapter 5:11, formerly Chapter 37, of one man/one woman, is meant to keep it undefiled.
At the same time, this expectation by society of non-philandering meets with the patriarchal attitude that accepts that man might cheat and when he does, the woman is supposed to support her husband, stand by his side and not allow the ‘other woman’ to displace her.
This value and expectation is one that is at the heart of HIV infections among married women.
The married woman who then goes on to ask for protection in the form of a condom in her marriage is easily labelled as loose and immoral, even though she will be seeking to protect herself from the snake that would have entered her backyard.
Important questions that society is supposed to be asking are: Why is this heavy burden placed on the woman even when we know she is at high risk of contracting a virus which, thanks to medicine, can be lived with positively?
Why does society expect the woman to keep her mouth shut and not speak out against such injustice?
What is it about a woman that scares society so much it chooses to have her scarred yet she is often the pinnacle of both hope and life in a family?
As we begin to unravel and answer the why aspect, there might be hope yet for the woman who is in a marriage.
Other challenges are lack of financial muscle in the home which can scare a woman from asking for protection even when there is need for it.
How then is society perpetuating a culture of silence? The rich are powerful and can do anything they want without facing any repercussions.
Is this culture of the rich being powerful permeating our homes resulting in powerless women being exposed?
Apart from the different reasons for a woman’s silence, our culture makes it taboo for people to really talk about sexual issues, even when they are married.
We often hear stories of how the light has to be switched off before the sexual act and this in itself results in the sacredness of the act and the lack of will-power for the woman to actually address the lack of protection.
If the marriage bed, which used to be considered the safest place for a woman, is not so safe after all, how do we as communities begin to address this challenge and ensure that the infection rates are lowered?
Why do we not start by talking about sex and by empowering both men and women that the use of the condom in the home, especially when there are extra-marital affairs, is not something that should be seen as a taboo.
My belief is that when we start to debunk and deconstruct this risk factor of being a married woman, only then can we begin to see change.
In the meantime we continue turning a blind eye, even in the relevant national programmes.
The targets for most HIV and AIDS awareness programmes are not married women, even though facts and statistics expose them as being at high risk.
Are we as society so numb to the issue, and the potential pandora’s box that will be opened, to the extent that we would rather continue seeing an escalation in these cases rather than dealing with them?
We cannot continue turning a blind eye and thinking that this issue will take care of itself.
We can’t wish it away
We need to start programming with married women who constitute a large part of our society and we should not end with them, but also target the married men.
Of course, there are some married women who also philander, but we know from statistics that it is mostly men who are bringing in new infections due to the acceptance of the ‘small house’ or ‘the other woman’ by society.
Lets’ join hands and fight this scourge and ensure a safe environment for the woman in her home.