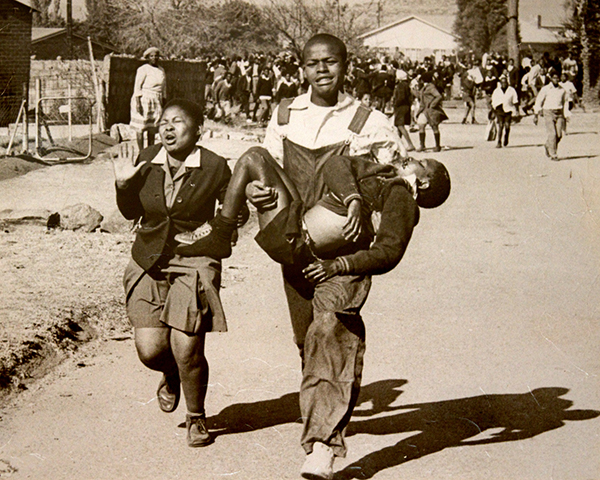 ON June 16 2016, Zimbabwe joined the rest of the African continent in commemorating ‘The Day of the African Child’.
The Day of the African Child is a tribute to the 1976 uprising by children in Soweto, South Africa, during which scores of schoolchildren were massacred by the apartheid South African police.
In 1991 the Organisation of African Unity (OAU) (now African Union (AU)) declared June 16 ‘Day of the African Child’, in remembrance of the tragedy and as an inspiration to right all the wrongs against the African child.
Exactly 40 years ago, on the morning of June 16 1976, more than 10 000 students from the African township of Soweto, outside Johannesburg, gathered at their schools to participate in a student-organised protest contesting the use of Afrikaans in their schools.
Many of them carried placards that read, ‘Down with Afrikaans and Bantu Education’ while others sang freedom songs.
The unarmed schoolchildren marched towards Orlando soccer stadium where a peaceful rally had been organised.
On their way, close to Orlando High School, to what is now Hector Pieterson Square, they were intercepted by 50 heavily-armed police who fired teargas and, later, live ammunition directly into the crowd.
Over 176 students were killed that day and in the days to follow, while 300 others were injured.
A 12-year-old boy, born Hector Pitso, also known as Hector Pieterson, who died during the protest became the iconic image of the struggle against the brutality of the apartheid regime.
Pictures of a dying Hector being carried by another student while his sister ran beside them captured the imagination of the world and provoked outrage against the apartheid regime.
In 2002, the Hector Pieterson Memorial and Museum was opened near the place
Hector was shot in Orlando West, Soweto, to honour him and others who died around South Africa in the 1976 uprising.
Events that triggered the uprising can be traced back to policies of the apartheid government that resulted in the introduction of the Bantu Education Act in 1953.
Education was viewed as a part of the overall apartheid system including ‘homelands/Bantustans’, urban restrictions, pass laws and job reservation.
The Bantu Educational system was designed to ‘train and fit’ Africans for their role in the newly (1948) evolving apartheid society.
This role was one of labourer, worker and servant only.
The Afrikaans language reinforced this oppression as it called them derogatory names such as kaffirs (unbeliever/pagan specifically created to serve white racists).
For the African child, the use of Afrikaans to clothe their ideas was unacceptable.
The Soweto massacre was just but one of the many heinous acts perpetrated by the apartheid regime against blacks in South Africa.
Across the Limpopo, in the then Rhodesia, whites were also wreaking havoc as the liberation war raged on and less than two months after the Soweto massacre, Rhodesian Selous Scouts cowardly killed refugees, mostly children, at Nyadzonia in Mozambique.
The day was August 9 1976 when the special counter-insurgency unit of the Rhodesian forces, with help from the South African government, killed over
2 000 people at Nyadzonia.
A year later, on November 23 1977, Rhodesians repeated the same dreadful crime at Chimoio in Mozambique.
Rhodesians reportedly killed over 3 000 innocent people, leaving 5 000 wounded.
Against a historical background in which the Western world pursued those responsible for the Nazi holocaust right to the gates of hell, the white apartheid war criminals from South Africa and Rhodesians got away scot-free after callously killing African children.
But the Western world should be reminded that genocide is genocide, it knows no colour, race or religion.
With the Soweto and Nyadzonia massacres in hand, there is good cause for victims of the Rhodesian brutality to take the legal route and demand compensation.
In Namibia, the Herero have just picked up from where the Malawians and the Kenyans left off when they demanded compensation from the British.
The Herero are calling for US$2 billion compensation from Germany for the 1904 genocide.
Between 1904 and 1907 the Germany government slaughtered more than
100 000 Herero and 10 000 Namaqua people of Namibia.
German soldiers surrounded Herero villages.
Thousands of men, women and children were taken from their homes and shot or hanged.
Those who escaped fled into the desert and German forces guarded its borders, trapping survivors in a wasteland without food or water.
Images from the period make it difficult not to think of the Jewish Holocaust.
The survivors’ chests and cheeks are hollowed out from the slow process of starvation.
Their ribs and shoulders jut through their skin.
The Germans poisoned wells to make the inhuman conditions even worse – tactics that were already considered war crimes under the Hague Convention, which were first agreed in 1899.
Up to this day, the Germans have refused to pay compensation for this gruesome horror they perpetrated in Namibia.
They have refused to term the slaughter a genocide. But what they did with the Jews, they did in Namibia.
It is the same, parallel history.
However, recently the Germany government said it was in talks with Namibia on officially recognising the killings as genocide.
“The process of negotiations is quite well advanced,” Foreign Ministry spokesperson Martin Schaefer said.
“The aim is to produce joint declarations by the countries’ governments and parliaments and to draw conclusion for the future which could include giving the descendants of the victims development projects (aid).”
Last year Malawi was seeking £100 million in compensation from Britain, five decades after British soldiers killed 51 unarmed freedom fighters in northern Malawi.
The precedent was set in 2013 after a High Court in the United Kingdom ruled that UK Government pay out £20 million in costs and compensation to 5 228 Kenyans who had been tortured by British colonial forces during the Mau Mau uprising between 1952 and 1960.
During the Mau Mau uprising against white settlers, the Kenya Human Rights Commission says 90 000 Kenyans were executed, tortured or maimed and
160 000 people were detained in appalling conditions, although some historians have argued that the figure is much lower.
The Day of the African Child must in essence serve as a reminder of the injustices perpetrated by imperialists not just on the African child, but on African people as a whole.