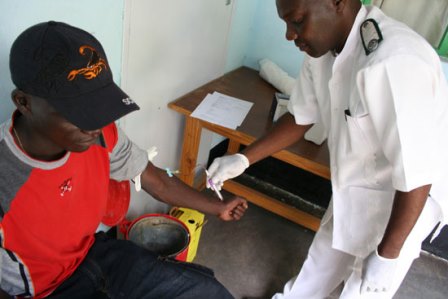 SCHOOLS have opened and their opening has the issue of social justice in the education sector.
Zimbabwe still has the highest literacy rate in Africa and it is also a rate that is among the highest in the world.
And in many ways, Zimbabwe has one of the most disciplined and hardworking labour forces in the world, something those in the Diaspora for all kinds of reasons would readily testify although sometimes grudgingly.
The brain drain that has become irrefutable fact in the recent Zimbabwean experience is also testimony to the functional literacy and hard work of Zimbabweans.
Those who prefer to employ Zimbabweans in place of other nationals do so informed by this fact.
However, the most painful thing about the whole scenario is that the logical benefits of all these achievements and merits seem to be visible and real everywhere else and to everyone else except to us, who have sweated to create that reality.
There are painful inconsistencies that contest the logic of our meritorious status.
For one, the hope of cash-strapped parents is not consistent with the total absence of social justice.
While their patient hope is a mark of self-discipline it is yet to be matched by the compassion and empathy of the policy-maker whose energies are expended accumulating luxury perks for himself before satisfying his trusting electorate’s desperate needs.
The issue of school fees is topical this part of the year as always.
But I would like to believe that it is more so this year than in other years.
Many civil servants are still to get their bonuses at a time they are coming from a long holiday that had to be sustained by meagre wages already stretched beyond limits.
It is a wage that barely sustains the civil servant even in mid-term months that have no school fees budgets.
The worst case scenario of the month of January and school fees is the case of unemployed parents and it must be acknowledged that it is a case that is fast becoming the rule rather than the exception.
Interestingly, however, it is the case of the civil servant parent that graphically defines the absolute desperation of the unemployed parents who also wish to send their children to school.
The average civil servant’s basic wage is below US$300 per month.
When allowances are added, a civil servant without deductions like medical aid and funeral cover will take home around US$500.
By comparison, the unemployed parent has no wages to speak of.
If the civil servant owns a house in the high density suburb the energy and water bills will average US$150 per month, thus leaving him with US$350.
However, the most common case is the case of a civil servant who does not own a house and has to rent.
In the ghetto, the average cost of a room is US$100 per month and if the civil servant has a family of school-going children he would need a minimum of three rooms translating to kitchen, living quarters and parents bedroom.
Depending on the age of the children the living quarters and kitchen in such a scenario double as bedrooms.
There is an age that morally prohibits the mixing of girls and boys in the same sleeping quarters.
In this scenario, the rent would translate to US$300, which would leave him with US$200.
Logically, such a civil servant would not own a car.
Ko, angagoitenga nei?
He would rely on commuter omnibuses and if he lives in suburbs like Mbare, Sunningdale, and Highfield that are close to town, his transport bill for a 20-day working month would be a dollar a day which would translate to US$20.
If he lives further afield, as in Chitungwiza, Dzivaresekwa etc., the bill would double to US$40.
A minimum cost of lunch of US$1 per day would put his lunch bill at US$20 per month.
The combined bill of transport and lunch for this scenario would become US$60 per month, thus leaving the average civil servant’s family with just US$140 for food, clothes, school fees and all other incidentals.
The message to all policy-makers is that the foregoing scenario is the unedited reality of the honest Zimbabwean civil servant who has stood by our beleaguered Gogvernment through thick and thin and not succumbed to hostile enemy propaganda.
The foregoing scenario obviously places the civil servant into a blind tunnel that may ultimately kill his vision of an empowered Zimbabwe.
The civil servant’s hope is that the policy-maker who recommended poverty wages for resilient and disciplined civil servants will have the cosmic vision to recommend a school fees payment plan that is consistent with the poverty wages so that the liberation struggle’s ‘education for all vision’ is sustained in preparation for better times to come.
But, the bottom line is that the case of the civil servant is not important for it its own sake.
The case of the civil servant is most critical in the sense that it graphically defines the worse desperation of those unemployed parents not because they choose to, but because of circumstances beyond their control.
The observer is then forced to ask kuti: “Ko kana zvichidai pamuti munyoro, ko kuzoti pamuti wakaoma?”