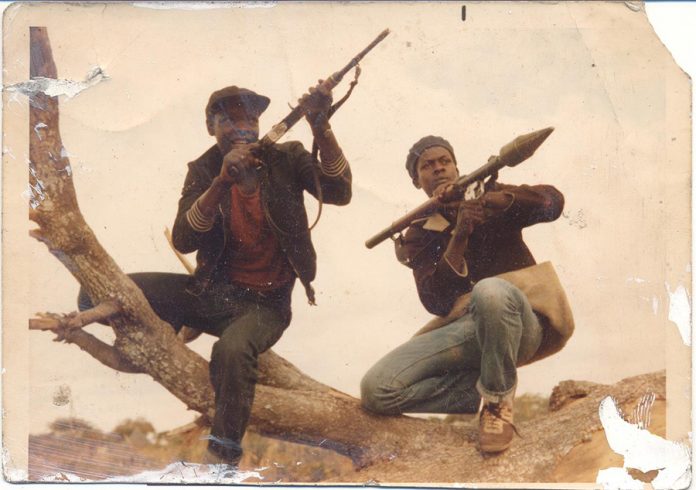 THE Shona have a proverb: “Kuziva mbuya huudzwa.”
Loosely translated, it means, ‘You can only know of something after being told’.
There are a lot of questions, myths and mysteries surrounding African traditions.
The reason being, not many locals have taken time to learn and explore much about this field.
Are they to blame?
Certainly not.
They are just but victims of circumstances. When the whites headed for Africa, their quest was to plunder Africa’s resources.
In order to accomplish this, they had to put a plan in place. They knew it was not going to be easy.
The only way to achieve their goal was to dis-empower locals.
They had to destroy everything the locals believed in. Whites knew Africans were spiritual people.
It is their spirituality that bestowed pride and dignity in their existence.
African religion governed their day to day lives and helped them identify with each other.
In order to destroy Africans, the whites brought in a new religion.
The new religion was said to be superior and the ultimate one.
Africans were made to believe their religious systems were primitive.
But was this the truth?
No!
All this was done to ensure the whiteman’s agenda achieved desired results.
And indeed it did.
Seeds of confusion were sown.
Africans became divided as many adopted the whiteman’s religion.
However, some remained true to themselves.
They were not going to let the whiteman corrupt their identity.
Years later, despite efforts by the whiteman to discredit African religious systems, steps continue to be retraced in order to ensure Africans are educated on their heritage.
It is against this background David Lan, in 2015, penned the book Guns and Rains: Guerillas and Spirit Mediums in Zimbabwe.
In the Shona culture, people believe mortals are guided by their ancestors in whatever they do.
It is these ‘living-dead’ who act as mediums between them and their creator.
Through ancestors, the living can ask for anything — be it long life, protection and food from their maker.
As such, when sons and daughters of the land took up arms against the Ian Smith-led colonial regime, they did so with the help of the ancestors.
This is the main theme of the book by Lan.
“The purpose of this book is not primarily to describe why the peasants of Zimbabwe offered resistance to the Rhodesian state, though I deal with this at some length,” reads part of Lan’s synopsis.
“Rather my intention is to describe one of the forms that this resistance took; the remarkable act of co-operation between ancestors and their descendants, the dead and the living, the present and the past.”
Indeed as the writer states, one cannot talk about the liberation struggle without mentioning the pivotal role of spiritual figures such as Mbuya Nehanda, Sekuru Kaguvi and Chaminuka.
It is through their guidance the Second Chimurenga birthed the country’s independence.
The author seeks to highlight the role of African religion in both the First and Second Chimurenga.
“Right at the first moment of meeting between guerillas and mediums the major themes of this book spark into life,” writes Lan.
The mediums are experts on ritual who ‘hate all European things.’
If guerillas obey the ritual prohibitions that the mediums impose, they will be safe and the war they are fighting will meet with success.
In the years that followed, the guerillas in the Zambezi Valley met and lived with a number of other mediums.”
Interesting to note, as Lan states, fighters believed without assistance from those in the spiritual world, the liberation struggle would have taken forever.
The reason behind believing in help from ancestors is, according to Shona beliefs, a person, even after death, still plays a pivotal role in the lives of his/her descendants.
“All women and men are expected to provide for and protect their families as best they can,” writes Lan.
“Even when they die and leave their bodies in the grave, they do not cease to care for their descendants.
The richness of their personalities and the depth of their experience do not come to an abrupt halt and dissipate for all time.
Women and men with their limited powers, their ignorance and weaknesses have been transformed into ancestors or midzimu who know the future before it happens and can cure every ill.
Ancestors make the perfect parents.”
Points raised by Lan help one understand why, a year after the death of a Shona person, a ritual known as kurova guva is performed which is meant to bring the deceased’s spirit back into the fold.
This is done as acknowledgement that even though the person is no longer there physically to look after the descendants, he/she can still carry out these duties in spiritual form.
Hence, death did not separate people; even after death, the departed loved one still remained part of the family.
Even after departing the mortal world, a person is still involved in the day-to-day affairs of the living.
Communication still takes place.
Rituals are conducted to initiate the communication process.
“When an ancestor feels the need to communicate directly with its descendants it chooses a woman or a man and uses her or his mouth to speak (sic),” writes Lan.
“It is said svikiro rinobatwa nemudzimu, the medium is grabbed by the ancestor.
The medium is simply the receptacle, the vessel of the spirit.
Although the medium is thought of as an ordinary person, when a particular woman or man is selected from all others, they are marked out as extra-ordinary, as unique (sic).”
It is the role of the medium, with the help of the leaders of society, to interpret and send messages between the living and the living-dead.
These consultations did not end with the attainment of independence.
Even today, Africans still celebrate and perform rituals to maintain links with their ancestors.