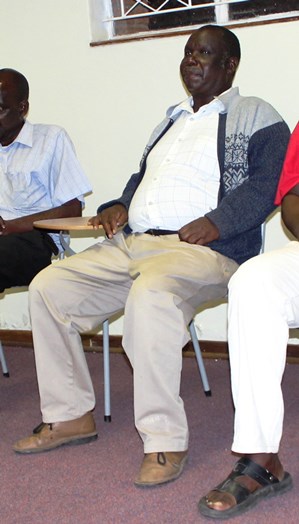 SIXTY-TWO-year-old Thadeus Ndlovu alias ‘Cde Parks’ thought he would die.
He clutched his intestines in his hands and with blood gushing out he ran, escaping and looking for help.
Villagers came to his aid and he survived.
Cde Parks was inflicted a wound almost fatal by a Rhodesian bullet.
A patrol that had begun as an almost ‘routine hunt’ by Rhodesians in the Kezi area of Matabeleland South, which fell in the Southern Front 1 zone in 1979 almost cost Cde Parks his life.
At this stage of the war, the ZIPRA guerrillas had adopted conventional war strategies.
By 1979, the Rhodesians were desperate and knew that they were fighting a losing battle.
Cde Parks and fellow guerrillas were now taking the war to the Rhodies.
After hearing from villagers that there had been a deployment of Rhodesian soldiers in the area, the freedom fighters began looking for them.
“Our informants in the villages brought to our attention the fact that there was a deployment of Rhodesian soldiers that were looking for us,” said Cde Parks.
The guerrillas did not retreat, but also began looking for the Rhodesians.
The hunted became the hunter.
“We did not disappear, but instead began to also look for the men that wanted to kill us,” Cde Parks said.
“Our fighting skills and tactics of the war had significantly improved.
“At this stage, 1979, the Rhodesian army was nothing extraordinary despite being well-equipped.
“The war had been going on for several years and not only was morale low in the Rhodie army, but they were overstretched.
“They could no longer contain the onslaught of the guerrillas.”
Desperate, the Ian Smith regime had begun to conscript students barely out of high school into the army.
And these were no match for the guerrillas that had perfected the art of war.
In no time, Cde Parks’ unit made contact with the Rhodies and a battle ensued.
It was during that battle which lasted for three hours that Cde Parks was injured.
In the battle, in which no other guerrilla was injured, Cde Parks was hit by the enemy bullet.
The bullet hit him in the back and came out in the front.
So huge was the exit wound that Cde Parks’ intestines came out.
For Cde Parks, the wound remains a stark reminder of the brutality of the Rhodesians.
And it will forever remind him of the importance of unity and cooperation.
If it were not for the dedication and care of fellow comrades and villagers who assisted him in his desperate moment, he feels he would not have lived to experience an independent Zimbabwe.
I thought I was going to die when I saw my intestines,” Cde Parks said.
“My fellow comrades gave me hope and strength as they kept telling me that I was going to make it.
“They told me that I was going to make it and would return to the war front.”
The injured Cde Parks was ferried on a bicycle by his fellow comrades to Tikwe Hospital in Botswana.
The 50-kilometre journey was not easy as the route was infested with Rhodesians.
Cde Parks said the care rendered along the way ensured that he got to Tikwe Hospital intact and the doctors attended to him.
It was a long healing process, he recalls.
It took the doctors two months to effectively deal with the injury.
After being discharged, he returned to the front.
“Although I was still in pain, I had no choice other than going back to the front,” Cde Parks said.
“I was a liberation fighter fighting for my independence.
“I could have remained in Botswana, but that would have been a betrayal to my fellow comrades in the war front and to the revolution.”
Cde Parks recalls fighting Rhodesians the very day he rejoined his battalion.
In this particular battle of Bidi, the Rhodesians were defeated and they retreated.
“I don’t know where I got the strength to fight as I was not fully fit, but I fought,” he said.
“I am happy to be alive and experiencing freedom that was achieved after a bitter and hard struggle.
“Some comrades did not make it.
“The only bitterness I have is the treatment of war veterans by our society.
“We are not recognised and we are referred to as barbarians and uncivilised hooligans despite what we went through to free the country.”