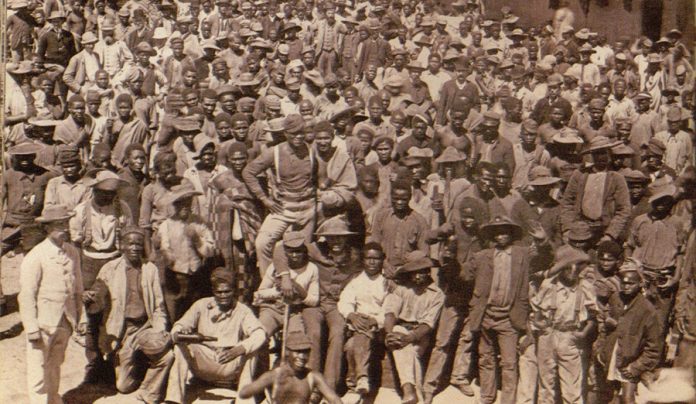 ACCORDING to the secretary-general of the African National Congress (ANC): “For the African nationalists who disliked the Native Land Husbandry Act (NLHA) –The land issue has been the best recruiter Congress has ever had, … the nationalists drew much of their support from young urban workers rendered landless by the Act.  … And those in opposition to the Act. In fact, this was not only confined to the landless young men, it was equally strong among rural accumulators who saw the Act as a constraint on their accumulation.”

These rural ‘accumulators’ took over the leadership of rural opposition to the colonial administration.

They joined the ANC and became some of its staunchest supporters.

In the Makoni District, regardless of how active the young men may have been in the nationalist parties, it was established that the key leaders and opponents of the colonial administration in the aftermath of the NLHA were not landless young men, but members of the resident elders, the chiefly family, headmen and male peasant elders over 40 years.

An informant reported: “You will find these (elders) on kraalhead dares, school boards, church leaders, etc … You will find the over 40s have a big influence for they are usually the ones with land, house and cattle.”

The core of peasant radical nationalism in Makoni were those who were determined to retain their hold on large plots; among them Chief Wozhele, who, together with his royal lineage, was not prepared to give up the practice of over-ploughing because in Rhodesdale, they cultivated fields of up to 40 acres which was five times the standard allocation in Sanyati.

He confessed that: “People disliked the NLHA because they were used previously to a life of no control.”

Despite the strictures imposed by the Act, Chief Wozhele and his kinship clung on to their abnormally extended plots and remained some of the largest cattle owners in the area.

It can be argued chiefly lineages and resident male elders resisted the NLHA because it rendered them powerless in the allocation of land since their cherished prerogative to distribute or redistribute land among their subjects had been usurped.

It was noted that: “Loss of the right to allocate land so outraged chiefs in the early 1950s it looked as if they and the nationalists would forge a lasting alliance.”

Others similarly argued that, alienated and embittered by the attempts of successive settler-regimes to wrest control over the dynamics of rural accumulation from their grasp, a significant number of richer peasants turned away from co-operation with Government agencies to embrace nationalist politics.

Indeed, it was the grievances and hopes of ‘the 30 percent better-off’ African producers that crucially shaped both opposition to the NLHA, and the kind of nationalism which emerged at the end of the 1950s and the beginning of the 1960s.

It appears, therefore, that African nationalism in colonial Zimbabwe, in the 1950s and early 1960s, exhibited tendencies towards solidarity for a common cause between landless young men, elders and local leaders and rural ‘accumulators’ alike.

This apparent solidarity across generational and class lines was, however, to be short-lived.

When the guerilla war intensified from the mid-1970s, there developed a significant shift in rural alliance from solidarity for a common cause to divisions clearly along generational, class and gender lines.

The application of the NLHA in the 1959s therefore, evoked one of the greatest forms of resistance from rural Sanyati, which, among other things, forced the colonial Rhodesian state to suspend the implementation of some of the most controversial provisions of the NLHA, especially the new principle of individual farming and grazing rights which was in conflict with old concepts regarding the security of rural tenure; and the haste as well as the totalitarian manner in which the Act was implemented, particularly during the ‘speed-up’ period from 1956 to 1961.

The NLHA became one of the most contentious measures passed by the colonial Parliament and a clear target for bitter attack and resentment by the indigenous African people.

It was argued the Act faced stiff opposition because it was ‘discriminatory and restrictive and agrarian and therefore became almost inevitably associated with the Land Apportionment Act of 1930, one of the most hated symbols of white authoritarianism and exclusiveness to the African’.

Many young males who were away or absent performing migrant labour for periods ranging from a few months to several years were not considered for land allocation under the NLHA.

This stipulation in the Act,“…though logical from the legislator’s point of view, was often misunderstood and caused hardship and widespread resentment in the African communities.

The individual claims to farming rights were to be based on actual occupation (‘lawful cultivation’) at an arbitrarily appointed date line.”

Such a stipulation was completely foreign and wholly irrelevant to land rights in indigenous society, which are based on membership of the local communities, a membership not affected by a person’s temporary absence on migrant labour.

Conflicts became inevitable when, upon the implementation of the NLHA, “…the statutory requirements of security of tenure deprived a considerable portion of the recognised rural village membership of what it had always believed to be its basic right to land.”

Among them, many of whom were young migrant wage earners many working in Johannesburg, South Africa, preparing for a married rural life, this sudden deprivation of land naturally engendered a feeling of insecurity and sense of injustice, which was not easily dispelled by arguments, however pertinent, of an economic or legalistic nature.

Labour migrants and their families regarded labour migrancy as a stage in a man’s life through which he hoped to accumulate wealth, establish his own household, to invest in agriculture through the acquisition of land, livestock and equipment and enable him to retire from migrant labour and to maintain an independent livelihood at home.

However, the discriminatory NLHA deprived many migrant workers of their land.

This was clearly illustrated when out of distress, one such migrant worker, after discovering that the Native Commissioner had sub-divided his allocation of land so that other people could occupy certain portions of it, requested his employers to approach the Native Commissioner’s office on his behalf to find out the reason for this sub-division.

In spite of the employers’ intervention, the Native Commissioner remained adamant; arguing the man had purchased the piece of land in question from a person who had moved to Northern Rhodesia and that the man who had sold it to him had no right to do so.

Land in the ‘native reserves’, prior to the implementation of the NLHA, was held by the indigenous people under communal tenure.

However, since the implementation of the Act, “…certain land previously under cultivation had to be excluded from arable blocks by reason of conservation hazards and for other reasons,” so it was not possible for the original allocation to be allowed to remain intact.

According to Chief Wozhele, sometimes land belonging to urban workers was encroached upon by other land-hungry peasants and indeed more encroachments occurred if the rightful owners did not challenge these encroachments.

By denying land in the ‘reserves’ to young men who were performing migrant labour, the NLHA stifled the ambition of the young men to establish their own independent households and to invest in agriculture.

Dr Michelina Andreucci is a Zimbabwean-Italian researcher, industrial design consultant, lecturer and specialist hospitality interior decorator. She is a published author in her field. For views and comments:linamanucci@gmail.com