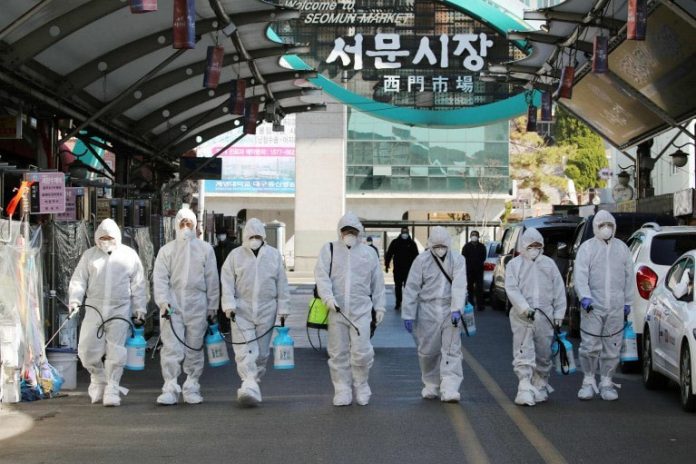 THE Coronavirus, recently been renamed COVID 19, has caused well over 1 000 deaths in China.

Some people have made it a racial issue as opposed to a pathogen.

The West is calling COVID 19 a Chinese virus and are taking this opportunity to decampaign China’s growing world power status via the media; setting China’s difficulties in containing the virus as a measure of their failed development.

In Zimbabwe, I personally witnessed a receptionist in a Government building pointing at a Chinese man and yelling out: ‘Virus’. She went on until I told her that the Chinaman understood what she was saying.

On another day, a lorry driver kept pointing at the same Chinaman and yelling: ‘Coronavirus!’

This insensitivity ought not be exhibited by Africans who, time and again, suffer from AIDS and Ebola outbreaks, among other epidemics.

Yet the Chinese have not labelled any of these pathogens African viruses.

Should a people or a land be treated with prejudice when they are in their time of need.

Who knows what trouble Africa or the West will experience in the future.

And, as history has proven, China will probably be in a position to assist instead of mocking or ignoring the victim nations.

Many cannot comprehend the situation that is currently in China. The nation is on complete lock down. All these are measures to stop the virus from spreading.

They are limited to no postal services, taxis, buses, subways, flights, food take outs and open institutions such as banks.

No one is going to work or school.

Everything is at a standstill.

People are surviving on stocked food such as grains and beans, and many have lowered their feeding rations or decreased the number of meals per day because they are uncertain how long this epidemic will last.

Few shops are open but people’s movement is limited. No income has also been earned for the past few weeks owing to the virus-imposed curfew.

The only activity outside Chinese households is in hospitals where workers and volunteers, among them some Africans, are risking their lives to assist the sick and the virus victims.

Everyone is tuned in to the national television stations, awaiting a go ahead to return to work or school in normalcy.

It had been speculated that by February 2, some businesses would reopen but that date has since passed without any sign of change.

The COVID 19 virus is highly contagious and is said to even be contractible by mere eyesight.

Its source is said to be from creatures such as bats, which are more commonly known to contract the virus.

In China, some people eat fruit bats while others even eat bat faeces as medicine. Such feats could have led to humans contracting a disease which was previously not known to affect people.

COVID 19 is in the same family of viruses as SARS and MERS and is also known as SARS CoV 2. It takes its victim’s life by causing respiratory failure in a similar fashion as pneumonia.

It is its high contagiousness and deadly symptoms that have caused China to take stringent measures to  contain the virus.

With China’s ginormous population, the number of the sick and deceased would have been much worse if it was not for the measures their government has put in place.

According to the CGTN television network, the occurrence of new cases of infection in the Hubei area, where it all began, have ceased.

The Chinese Government must thus be commended for their effort.

Yet, beyond this, they have to suffer being labelled ‘virus people’.

The virus is contagious, meaning even if it is attributed to the eating of bats and other creatures, it does not mean the people who are infected actually ate those foods.

In Zimbabwe we say: ‘Seka urema wafa’, meaning you should not laugh at any disability.

No man or people are invincible.

Ebola is most commonly found in forest creatures that are not on the menu of most humans. These include fruit bats, monkeys and chimpanzees which are eaten by some Africans in and around the Congo.

For that reason, the virus often starts off there and spreads to other places through travelling.

While a campaign to stop the eating of such creatures is welcomed and recommended, once the virus breaks out, it is not helpful to mock the whole of Africa and call Africans chimp eaters.

Over 61 million people in the US alone were infected by the virus while well over 12 000 of them lost their lives.

No one mocked them for being swine eaters.

In 2005, Vietnam and Thailand suffered from bird or avian flu (H5N1) which was first reported in Hong Kong in 1997.

By 2003, this disease was already in Europe because it is caused by the handling of infected birds.

Evidently, a pathogen is everyone’s problem regardless of where it begins.

The goal is to contain and, if possible, eradicate it.

Prejudicial sentiments, media wars and world power conflicts will have to be shelved as fellow members  of our human family are going through a difficult time.