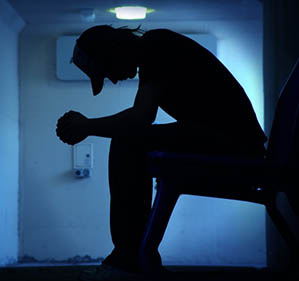 POPULAR musician Mukudzei Mukombe ‘aka’ Jah Prayzah on his latest album Kumbumura Mhute sang a song ‘Mukoma Makaoma’ which is about how suicide affects those that are close to the suicide victims.
The musician chronicles how selfish people who commit suicide are by choosing to willingly die while others are struggling to live after succumbing to certain ailments.
The musician just fails to understand the scope of ending one’s dear life abruptly.
Such is the attitude that most people have adopted as the Zimbabwean community fails to come to terms with suicide cases.
However, suicide is a form of mental illness and an advanced state of depression which is easily preventable if attention is given to those affected, Zimbabwe National Association for Mental Health coordinator Ignatius Murambidzi has said.
In an interview, Murambidzi said although the association had not done a formal study on the prevalence of suicide cases in Zimbabwe, a general follow-up on cases reported in the local media shows that suicide is on the increase in Zimbabwe.
“The media reports over 10 cases of suicide every month,” he said.
“This is quite phenomenal considering that there could be many cases that may slip media attention.
“The World Health Organisation estimates that over one million people die of suicide annually worldwide.”
Murambidzi said in most cases, suicide is a medical condition, a severe form of depression and regardless of age, males are four- to-five times more likely to commit suicide than females because by nature, man have a tendency of bottling up issues.
“Males commit complete suicide and females have para- suicide or attempted suicide, however, females attempt suicide three times more than males, but it is not complete because males use more lethal ways like hanging while females use less violent options like drug overdose,” he said.
“Some people may actually indicate in their conversations that they want to give up on life, this is the time that they should be urged to seek counselling and someone who has attempted suicide in the past is also at risk of committing suicide.”
Murambidzi said alcohol related disorders were associated with at least 25 percent of suicide and personality disorders such as borderline personality disorders may account for about five -10percent.
He said that severe stressful life events such as loss of a loved one, abuse, trauma and presence of chronic / terminal physical illness such as HIV and cancer among others can cause people to attempt suicide.
In Zimbabwe, Murambidzi said, suicide is not regarded as a medical condition that warrants treatment, as such it is highly stigmatised and discriminated against because medical aid societies do not cover illness or injuries resulting from suicide attempts and most churches do not perform usual burial rites for a person dead as a result of suicide.
He said communities must know that suicide is both preventable and treatable and people should avoid bottling up emotional issues, but encourage a culture of sharing problems.
“People should have time to listen to colleagues calling for help and watch out for sudden behavioural changes such as prolonged moodiness, tearfulness, severe signs of distress and take seriously any attempt or threats for suicide by seeking professional help,” he said.
It is important to note that suicide is not accepted in the Christian community, however, in the Muslim community, suicide is an act of heroism.
Anyone who dies while fighting non –Muslims is considered a martyr and guaranteed the highest rank in paradise.
Clerics sanctify bombers in their sermons and organisations including Hamas and Islamic identify and celebrate them as fighters and aid is siphoned off to the families of the martyr.