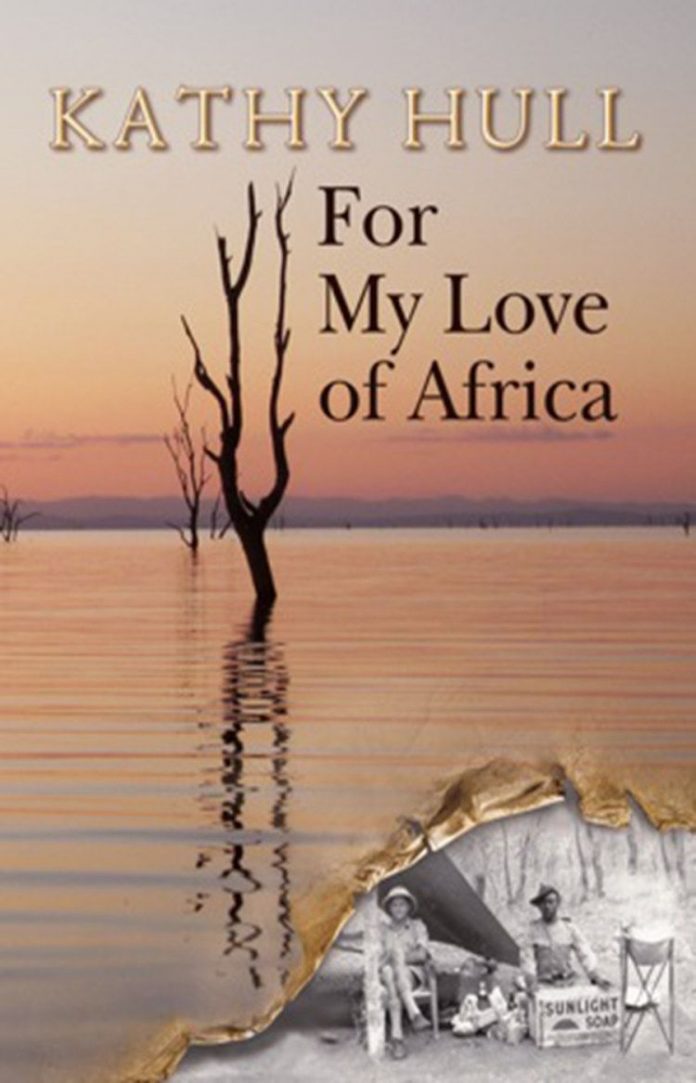 For my love of Africa

IN the book For My Love of Africa, the author, Kathy Hull, chronicles her life story in Rhodesia and after Zimbabwe gained independence.

The writer who was born and bred in Rhodesia relives her childhood memories, which she describes as the best days of her life.

Hull expresses her gratitude to Ian Smith, the then Rhodesian Prime Minister, for ‘doing the best for Rhodesians’.

She writes: “Ian Smith was our former white leader and had been a world figure for 14 years from 1965 when he led

250 000 white Rhodesians in a Unilateral Declaration of Independence from Britain rather than accept majority rule.

Like most Rhodesians, Hull idolises Smith to an extent that she turns a blind eye to the atrocities Smith committed on Zimbabweans.

Under the Smith regime, blacks were treated as nonentities in their own country.

It was under his rule that blacks were forced off their land and made to stay under squalid conditions.

Blacks were also forced to work in the fields for no or little payment.

But, alas, Hull still views Smith with utmost respect, yet it was under his rule the highest levels of discrimination and exploitation took place.

The writer goes to lengths boring the reader with praises on Smith who has the blood of many blacks on his hands.

“He (Smith) was everything I expected, a true Rhodesia gentleman so likeable and I could not help having utmost respect for him.”

Was it not for the brutal rule of Smith, blacks would not have taken up arms against his Government in protest.

Many sons and daughters of the soil perished in the liberation struggle that led to the downfall of the Smith regime and subsequently gave birth to the independence of Zimbabwe.

Hull, like his kith and kin, does not see all the wrong that Smith did; instead, she praises the man.

When she had the opportunity to meet Smith, she said to him: “You (Smith) did so much for our country and worked tirelessly to do your best for us.

“I do not know how many people have thanked you.”

Surely a person in his/her right mind ought to be ashamed to be associated with a man who did more harm than good but the writer is happy to be identified with him.

All she remembers about Rhodesia is the good life that came with living on a huge farm with numerous farm labourers who were not only cheap but a target of ridicule.

In Smith, she sees a hero who made sure she had a good life despite the fact that all this was at the expense of blacks, stripped of their dignity and heritage.

Rhodesians even now are keen to reclaim the farms they used to own having no interests of blacks at heart.

All they want is the good life that came with being in Rhodesia.

Hull also agrees that Rhodesians have a hard time fitting anywhere in the world.

It was only in Rhodesia that they had the privilege to exploit the country and loot its resources at the expense of the rightful indigenous owners.

Gone are the days when ‘they (Rhodesians) built paradises in out in the bush’.

Now they are back in their motherland where they do not enjoy the warm weather and friendly environment.

Hull explains how her son after their farm was repossessed under the Land Reform Programme left the country only to come back frustrated as he could not fit in with the rest of the world.

The writer is bitter over the Land Reform Programme that resulted in Government redistributing land to indigenous Zimbabweans.

Prior to the programme, about 4 000 white farmers owned the country’s prime land.

Today more than 400 000 households have been allocated farms.

Hull, like her kind, shows how selfish she is as she feels she was robbed under the programme and does not look at the positive results of the Land Reform Programme.

She writes: “It was hard to lose our farm, the house we had built and extended over the years, our business, our income, our way of life, our community, our friends and our children’s inheritance.”

What surprises the reader is how the writer now wants the audience to feel pity for her yet she ignores the period when blacks were in a similar position.

The question the writer should first ask herself is how she had gotten that farm in the first place.

What had happened to the previous owners of the land before her people came and forcibly removed blacks from their God-given land?

No doubt Hull is simply a bitter Rhodesian who never imagined black people at the helm.