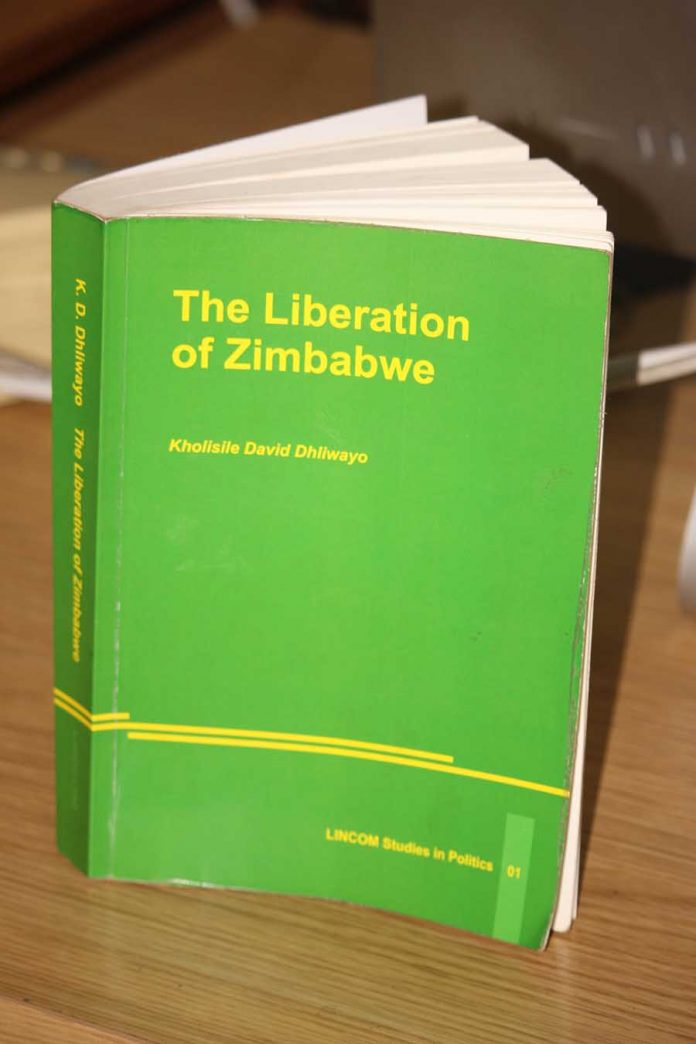 TO fully colonise the mind of the blackman, the whiteman controlled and owned all social institutions.
The whiteman was in charge of education, industry and even the leisure activities of blacks.
Blacks were continuously fed the whiteman’s propaganda to the extent that, decades after colonialism, many Africans are yet to shake off the shackles yoking their minds.
This is the reason, in any given society, history plays an important role.
History has a great impact on society, for it testifies to the past.
Zimbabwe‘s history is therefore important, even for future generations.
It does not only assist in telling the story of the ancestors who ignited the liberation struggle but helps in shaping the present social, economic and political developments of the nation.
To decolonise the minds of Africans, our writers are critical to the effort.
The book under review this week is Kholisiwe David Dhliwayo’s The Liberation of Zimbabwe.
It is a book that reminds Zimbabweans of a past destroyed by the Rhodesians in their quest to colonise Africa from Cape to Cairo.
The Liberation of Zimbabwe gives a detailed account of the struggle from the First Chimurenga to independence in 1980.
Through the use of archival library materials, personal and witness accounts, Dhliwayo presents an academic narrative of Zimbabwe.
The writer brings to the fore social, economic and political problems that blacks had to endure at the hands of the colonial regime.
Divided into parts that clearly highlight class and racial discrimination between the whites and blacks, the book provides crucial information that also celebrates Africans before, during and after colonisation.
Dhliwayo stresses that prior to colonialism, Africans, in this case Zimbabweans, had their own advanced civilisation.
The socio-economic development of the blacks presented in The Liberation of Zimbabwe reflects a society developing at its own pace and celebrated by those involved in the processes.
“Both Shona and Ndebele enjoyed a degree of prosperity. Nineteenth century farmers produced a wide variety of crops. The basic grain staples being finger millet (rukweza), bulrush millet (mhunga) and also widely grown were sorghum (mapfunde) and maize (magwere/chibage) which became popular in the 20th Century and was grown especially in the drier areas.
Livestock, an important assurance from drought, included cattle, goats, sheep and fowls. Other economic activities included working of iron for agricultural tools and weapons, pottery, wood carving and making cloth, baskets, nets and mats,” writes Dhliwayo.
The book clearly shows how the Rhodesians successfully pushed the agenda of colonialism by crippling the social, economic and political organisation of the blacks by introducing laws that include the Land Apportionment Act of 1930 and the Land Husbandry Act of 1951.
“Before the first Chimurenga (liberation )war of 1896-7, some
15 000 000 acres of the country’s total 96 000 000 acres had been expropriated from Africans without any form of compensation and by 1898, about 38 percent of the total population of Matabeleland had been forced into reserves.”
The introduction of a variety of harsh policies by the Rhodesians destroyed different institutions and industries such as education, agriculture and mining.
The education system was not only discriminatory but ushered manipulative discourse that moulded the African to see development through the eyes of the whiteman.
Religion was also used as a tool to paint the white race as superior.
The book gives a detailed account of how the country and continent was robbed.
“The colonial capitalist economy that developed in the country was characterised by large-scale expropriation of African land and the manipulation of African labour to serve European settler-interests.
“As a result of the tremendous growth of the economy and the government policy of discrimination in favour of the European population, the Europeans became one of the wealthiest communities in the world,” writes Dhliwayo.
The writer also gives accounts of battles fought in the Second Chimurenga that contributed to the independence of Zimbabwe.
The Liberation of Zimbabwe is a must-read.