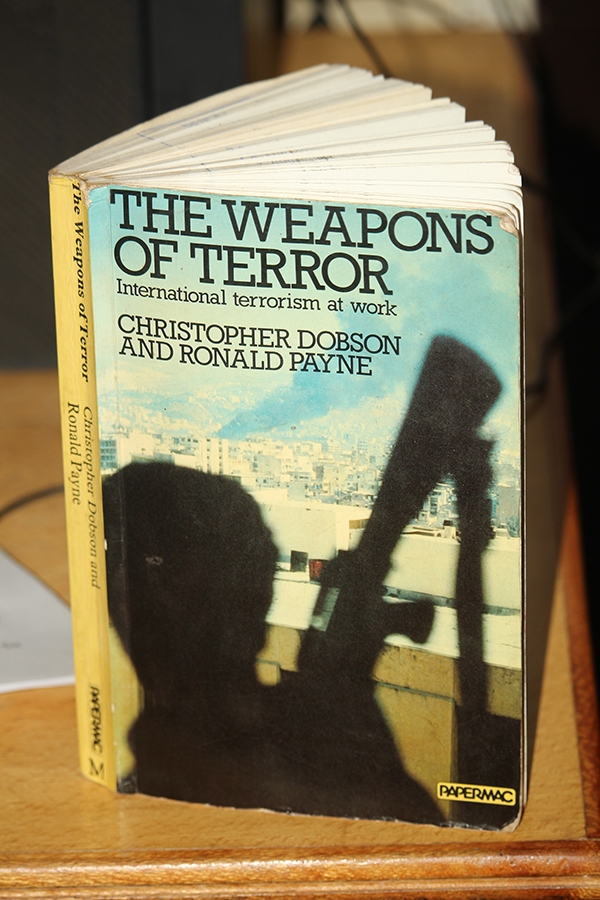 The Weapons of Terror: International Terrorism at Work

By Christopher Dobson and Ronald Payne

Published by The Macmillan Press (1979)

AFTER the September 11 2001 deadliest terrorist attacks on the Twin Towers in New York, the US Government, under George Bush, declared ‘war on terrorism’.

As a result of terrorism, many communities are faced with the danger of losing their loved ones.

Due to terrorism, people have become victims of rape, abductions and murder.

It seems the ‘mighty’ US is facing difficulties in fighting and ending terrorism.

Terrorism has existed for many years, but it is evolving with the development of technology.

Authors Christopher Donald and Ronald Payne authored the book under review this week.

Titled The Weapons of Terror: International Terrorism at Work, the book, though published in 1979, is appropriate to review under the current circumstances that have seen the world losing more to terrorism.

It is a book that documents the firepower at the terrorists’ disposal, names leaders, describes organisations, identifes financiers and explains reasons that contribute to one becoming a terrorist.

Africa has also not been spared the scourge of terrorism.

Boko Haram, Al Shabaab and Al-Qaeda are some of the militant groups causing havoc in Africa.

In their book, both Donald and Payne show how the development of military technology is assisting terrorists advance their operations.

It is sad to note that the existence of terrorists creates problems for governments and affects innocent citizens who are often taken as captives as terrorists make their demands.

The argument the authors provide is that advancement in military technology is helping terrorists more than the security forces.

“Modern weapons help the terrorists more than they help security forces, whether they be police or soldiers,” write Donald and Payne.

One of them is that of Jihad versus McWorld as cited by renowned political theorist Benjamin Barber.

Some terrorist groups rise because they are against the ideas advanced by global consumer capitalism, which is uprooting people from their traditional political communities and undermining communities’ power to regulate their own norms and behaviour.

The Jihadists, by contrast, call for the return to traditional religious or ethnic communities that have been threatened and uprooted by imperialism.

In other words, these terrorist groups emerge for different reasons.

As highlighted in the book, some rise due to clashes of civilisations which point out that the primary source of conflict is the differences in cultural and religious identities.

“Terrorist organisations emerge for a variety of reasons, they flourish like laboratory cultures of radical chic and international publicity, but each needs its own special cause to initiate its life cycle,” Donald and Payne write.

The writers also highlight an important point that some militant groups can be labelled ‘terrorists’ while they are fighting for the emancipation of the majority from a harsh system.

One can draw examples from the liberation struggles that were fought in Africa to ensure the independence of many countries from colonial rule.

To the masses, the guerillas were freedom fighters but colonial governments regarded them as ‘terrorists’.

Donald and Payne reveal that dominant terrorists and the theories that inspire them have the conviction that they can impose their beliefs on others.

The duo write: “One of the main aims of terror is to make murderers into heroes and so persuade opponents and neutrals that the terrorists’ cause is righteous and their actions are justified.

Their tactic is to make it appear that it is the authorities who are guilty of brutality and in the wrong.”

Decades after the book has been published, terrorism is making headlines even more serious than before.

The authors argue: “So what has developed over the past twenty-five years is that the threat of the deed has become more effective weapon than the deed itself – especially when the potential victim is not a replaceable politician but a group of people with a high content of women and children whose plight can be displayed on the television screen in the most poignant fashion.”

The book, thus, is designed not only for a few individuals but for every man and woman on earth because nobody knows where and when a terrorist may strike.