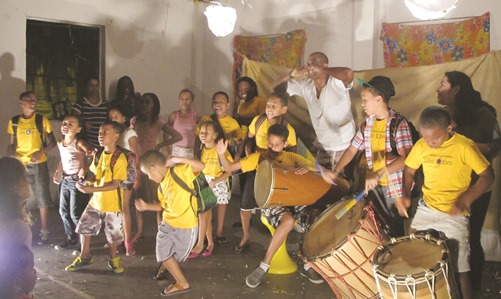 TRAVELLING through Latin America today, you will find that Africans are part of the diverse cultural mix of people.
In the streets of Cartagena in Colombia for example, when you see black African women in bright dresses carrying fresh tropical fruit on their heads you will be forgiven to think that these women have just arrived from a country in Africa. They belong to a black presence that has been in Latin America for centuries.
The women represent a symbol of slave resistance and the survival of African heritage in Latin America.
For over four centuries, the Africans have maintained a visible presence in Argentina, Brazil, Mexico and other Latin American countries.
The arrival of Africans in Latin America started when the first Spanish and Portuguese explorers took slaves from present day Liberia to the New World. Throughout the 15th and 16th centuries, slaves from Africa moved up the coast of South America through the Caribbean.
The most outstanding feature of Africans in Latin America is the fact that they have maintained a unique African identity. During slavery, while plantation lords were busy enjoying the fruits for slavery labour, the Africans developed black culture that is found in music, dance, the arts, literature, speech forms and spiritual practices.
They held on to their African culture despite the hard and brutal realities of slavery.
The carnival is one such example where Africans in Latin America began dressing and celebrating their African identity in the 18th century.
The dominant white class attempted to stop this celebration but they did not succeed.
By the early 20th century, the carnival had attracted many other races and in the governments especially in the Bahamas, Cuba, Trinidad and Tobago and Brazil. Today, the black Africans dominate the carnival throughout Latin America.
Latin American music is deeply influenced by the vibrant rhythms and melodies that Africans brought to Latin America from Africa.
Dance culture was the most dominant of all art forms.
The tango in Argentina originated from African slaves and so did the Spanish fandango.
Then there is the candombe which is featured during Afro-Argentine festivals.
In the Caribbean, musical style with an African identity includes mambo from Cuba, salsa from Puerto Rico, reggae from Jamaica and calypso from Trinidad.
Spirituality and religious practices helped the Africans to adjust to the harsh realities of life in Latin America.
They retained some of their original ancestral beliefs.
Over time they borrowed and incorporated other religious rituals from the various European Christian churches.
Today, some of the churches like the Seventh-Day Adventists, Pentecostals and Churches of God are predominantly black.
There are other religious sects that are uniquely African such as the voodoo in Haiti, tango in Trinidad and Tobago, Venezuela, Brazil, Santería in Cuba and Puerto Rico, Kumina, Myal, Revivalist and Rastafarian in Jamaica, Umbanda, Macounda and others in Brazil.
Blacks in other parts of Latin America continue to celebrate their blackness rather than deny it.
According to a study by the Inter-American Development Bank published in a 1996 report, it is estimated that as many as 150 million Latin Americans, about a third of the region’s population, are descendants of African slaves.
However, other estimates give a lower number because some people of mixed race did not define themselves as black.
After slavery, black people in the US lived in an apartheid-like system whereas in Latin America, Africans were absorbed into society.
The concept of Mestizaje or the mixing of races was incorporated into the building of states.
Kwame Dixon, a scholar on race in Latin America argued that in Argentina and Mexico this concept actually diluted the black population so much that the blackness ‘practically disappeared’.
Dixon says in Buenos Aires blacks accounted for about 20 percent of the population in 1810.
Today, you hardly find any black Argentines.
And yet a study by the University of Buenos Aires established that nearly 10 percent of people in Buenos Aires can trace their roots to Africa.
Because people fear the historical prejudices against being African, some people of mixed race do not identify themselves as being black.
In Colombia, for example, official figures say close to 10 percent of the population is of African origin, but researchers and demographers say the real figure could be as high as 26 percent.
Discrimination of black Africans remains a dominant feature in Latin America. According to the United Nations (UN) commission, blacks are “likely to be poorer, less educated, have shorter lives, and have higher infant mortality rates than whites.”
They struggle to find good jobs because they are not skilled.
In Peru for example, the black people do the domestic jobs and they are hired as pallbearers at the funerals of the elite.
Only a few black people occupy high positions of office because the darker you are the less likely you can be voted into the social hierarchy of politics.
Commenting on a documentary by the prominent African American scholar, Henry Louis Gates on Africans in Latin America, one writer of mixed race had this to say, “When you are stripped of your identity and mixed all up with every kind of race mixture, its hurts within, our ancestors did not ask to come to the Americas during slavery, they were forced against their will, the consequences is all this mixture of races with our African bloodline.. (we are ), black people stuck in lands of unacceptance and denial and a land of no return, racism, where the colour of your skin is more important than you as a human being.”
To overcome this racism, a large black consciousness movement has emerged in Brazil and Colombia.
There is a conscious desire to ‘return to blackness.’
From a general perspective, the black presence of Africans in Latin America highlights the struggles, triumph and survival of Africans in the Diaspora.
As part of the series in exploring the black Diaspora, focus on Africans in Mexico in next week’s column will provide another aspect of African history that has been hidden away for centuries.