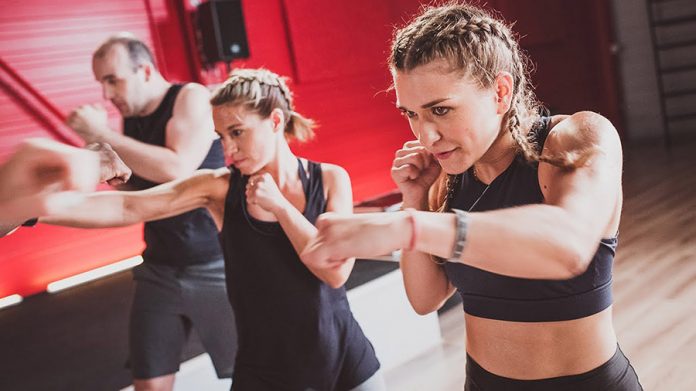 FIGHTING is an art, because it encapsulates creativity in the form of executing calculated moves with the body.

It is also a science because it involves training and meditating to understand and master the body and environment in order to discover how to harness physical energy and other forces like momentum and inertia for the sake of combat.

In reality, there are no styles, but only limitations to totality.

Humans with two hands and legs all have similar ways of movement.

Without wielding weapons, all humans have the same arsenal, namely open and closed hands, elbows, knees and feet.

When a cat assumes a fighting position, one can already anticipate its moves because it will resemble every other cat with whom it shares the same anatomy (hardware) and spirit (software).

But as for humans, we find solace in being attributed or loyal to specific styles of fighting.

This is because most of us have no understanding of the extents of the human body and spirit.

The body listens to the spirit which dictates the movement.

It is the spirit which learns and makes use of the skills it is exposed to.

The body simply has to be conditioned to be able to carry out the movements that the spirit dictates.

The spirit has no limits, thus it can and should instruct the body to assume any and every move that is appropriate regardless of what style it is from.

It is about mastering various forms of movement the human can possibly assume, not only in fighting, but other disciplines that require skill, such as sporting and dancing.

Practice sessions are means to assess how well one’s body is reacting to the commands given by one’s spirit.

Skills are learnt by the spirit and at times unknown to it until the move becomes appropriate, often by undeliberate instigation by the opponent.

The body is like a tool and the spirit, a man who yields it.

It should be conditioned continually in order to be ready to speedily execute the required actions whenever the spirit dictates.

Speed is dependent on one’s eye more than anything else.

While some may have advantageous fast twitch muscle, a quick eye is a better advantage which can allow a fighter to strike and defend with great success.

Speed also equates to strength when applied with precision.

It is more damaging and effective to throw a fast loose fist which only tenses at impact than to throw a slow tensed fist.

Most fighters telegraph movement without understanding the concepts behind them.

Hands can convincingly mimic the movement caused by forces harnessed from the feet and passed up the trunk, through the hands and to a long stick.

The latter’s moves are more effective because leg muscles and consequent strength are superior to those of the hands.

Thus a Taiji practitioner who has learnt to harness energy from shifting weight from leg to leg and channeling it to a long stick is more likely to execute more impactful blows with or without a weapon than those who strike using isolated limb strength.

The former will altogether seem faster, more graceful and natural in the way he executes moves.

Thus, understanding the forces, such as gravity and manipulating them so that they work to one’s advantage is critically important.

A flying kick is best executed when one jumps as high as possible and upon reaching the highest point, lets loose a simple front, side or back kick.

Learning to catch a stone from free fall can translate to learning to block or strike in a split second. Because gravity is at play, one can only catch that stone if his or her speed is on point.

Accuracy is also worked out in the same way, as catching a small stone before it touches the ground at free fall requires some precision.

Bend your arm so that your hand touches your neck from behind and your elbow is pointing forward. Place a stone on the edge of your elbow.

Let the stone drop at free fall without jerking up your elbow and try to hit the stone with the hand that was behind your neck.

Do it with the other hand and when you grasp the concept, start trying to catch the stone instead of hitting it, though hitting adequately simulates striking or blocking.

Shift your hand from your neck to the adjacent shoulder, just above the chest, and start trying to hit or catch the stone from the side (laterally) as opposed to horizontally.

Another related workout which is more reliant on precision than speed is throwing three stones up, in front of oneself, two identical and one unique, and trying to catch the outstanding one before it hits the ground.

Though tensing is often associated with strength, it is speed which makes it more apparent.

To measure the effectiveness of one’s punches and kicks, one needs only to rely on the sound the strike projects, especially on an object.

A good way of telling is practicing on tree leaves.

They are small and thus also help with precision striking. If one’s strike does not produce a quick swish sound, it is probably not sufficiently powerful.

Evidently, the focus in teaching the art and science of fighting is not in teaching moves and mantras, but grasping concepts that are true to nature and human anatomy.

Many practitioners are often oblivious to twists, angles, footwork, head movement, hand locks and so on until their importance is revealed to them.

They have to be accompanied with knowledge of what to strike and what to protect on the body.

Draw an invisible vertical line from one’s head, stretching down to the groin.

It is this area encompassing the eyes, nose, mouth, neck, chest, belly and gonads that one should aim to protect from being struck.

It is also this region one should aim to penetrate when fighting against an opponent.

Besides this, watch your back at all times by identifying the potential angles of attack, and twisting and turning when so ever necessary.

This inspires you to keep your eyes open, chin tucked as opposed to up and exposed, legs constantly moving, hands pulsing and all limbs ready to block, intercept, lock or strike one’s opponent when the opportunity comes.

Fighting is for self-defence and is a last resort in times of conflict.

The best victories are those won by way of using words instead of fists.

Training how to fight can be therapeutic in terms of venting and reducing stress.

It also boosts one’s self esteem and confidence yet teaches discipline and restraint.

Knowing how to fight is essential for each and every human, of any and every sex, race and age.