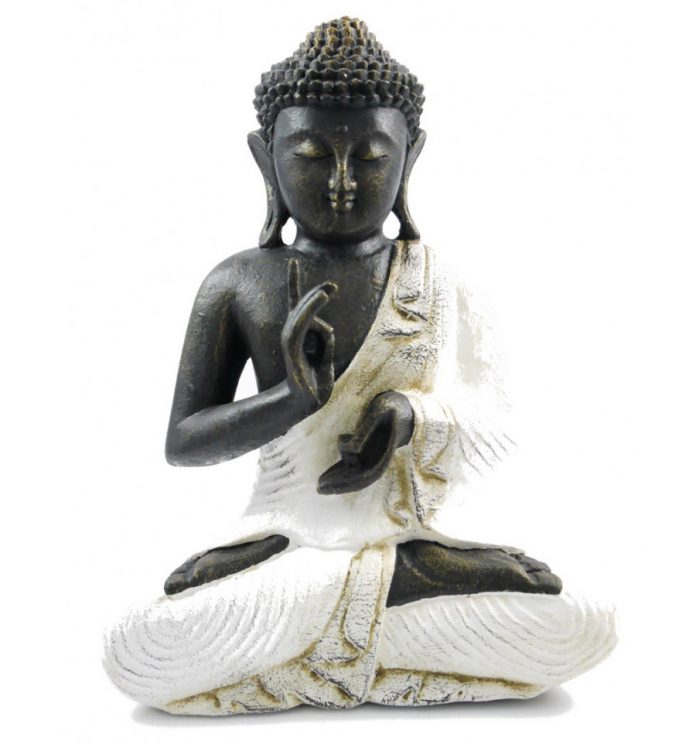 THE first inhabitants of south-east Asia were black pygmy people.

Climatic adaptation led those who migrated further north to become the Mongols we see today.

This race of little blacks founded the first dynasties of China – namely, the Xia and the Shang.

After the Shang dynasty came a wave of tall Afro-Asiatic blacks called the Zhou dynasty from the west.

They settled in the Kunlun mountains of China around 1000 BCE.

Ruling over vassal states, the Zhou were culturally influential and pioneered customs and philosophies such as the Dao (way) and other traits that are now deemed traditional in China.

Their greatest historical figures including Xiwangmu the Daoist queen, Sunzi (Santsu) the author of the Art of War, Laozi the author of Daodejing and Kongzi (Confucius) the great philosopher, all have Zhou ancestral roots.

The Mongols and the Han militarily took power in China after the third century BCE.

The Han race is a mixture of the Mongol (75 percent) and the Caucasian (25 percent).

It is prominent, population-wise, in China and North and South Korea.

This race over time has spread into south-east Asia and has caused the general population’s complexion to lighten.

Yet some particularly in the south conserved their original phenotype of black skin and curly hair and can be found in places like Thailand, Cambodia and Vietnam.

The Zhou being a western people from Africa, Arabia or India, dwindled population-wise with time.

So much so that they resorted to in-breeding to conserve their race.

In the time of Confucius about five centuries BC, his father forwent this in-breeding because it weakened their offspring and married a Zhou (Mongol) woman to produce Confucius.

Consequently, the Zhou race slowly assumed the phenotype of the Mongol Han because of miscegenation.

However, at about this time in southern Asia, there were blacks who had settled from south-east Africa who were known as Mon.

The word ‘mon’ was derived from munhu which is used in south-east Africa and means man (human).

Munhu is the root word for words like monastery, monsoon (wind) and so on.

Mon is wrongly pluralised as mons by Westerners instead of ‘vanhu’ or ‘bantu’.

Some mons started the Khmer dynasty in south-east Asia and others established the Naga race in India and Burma (Myanmar). The word ‘naga’ meant ‘genie’ and serpent meaning ‘n’anga’ and ‘nyoka’ in Zimbabwe.

The blacks had a phenotype, culture, language and philosophy which was Bantu in all respects.

All these traits would also be found in south-east African countries like Zimbabwe.

The Great Zimbabwe comprises high stone walls and the conical tower symbol, so do all the monuments that were constructed by these blacks in places like Barubador and Angkor Taw.

They also placed a conical tower above their sculpted heads to symbolise an active pineal gland.

Among the Nagas who were already genies, there would be some exceptional figures who would supersede the norm in terms of spirituality and understanding.

These were called Buddha which literally meant to escape.

In south-east Africa, ‘buda’ means to get out.

Buddha meant escaping the endless cycle of ignorance and vainness that plagues mankind.

The Buddhas were sculpted, always with short-to-medium length locks that are known as ‘bantu locks’.

They sat with their legs interlocked in a manner called ‘kupfunya chisero’ which is traditional in Zimbabwe.

All with the exception of the one called the future Buddha who is depicted sitting in western style as if on a chair.

This future Buddha was foreseen and announced by earlier Buddhas like Gautama (app 500 BCE) and Nagarjuna (app 200 CE) and is portrayed as a black saviour who will be born in the far west, but will be African and will receive enlightenment in Asia.

He is known by the names Maitreya, Milefo and Murukbul.

His life-size statues are found in several caves in Asia and there are mountain size depictions of his face in places like Angkor in Cambodia.

Whenever he and other high ranking Buddhas are shown, he has behind him seven serpents with one tail adjoined to his back which are jointly called ‘mucalinda’.

They symbolise cosmic spiritual forces which provide their host protection, guidance and other powers which are inclusively called ‘kundalini’.

In Zimbabwe, the kings are not buried in the ground. Traditionally they are embalmed and made to sit upright in sacred caves.

This is done because they would be awaiting the coming of the great king who is to manifest in the future.

They are buried sitting in the same way the future Buddha is found in several caves in Asia, suggesting they were the same people waiting for the coming of this black Messiah in the eschatological future.

The Buddha was an awakened human host who was powered and inspired by godly cosmic forces to bring light to the world.

The Buddhas taught and believed that there are two opposite yet complementary sides to human life.

The former was deemed terminal and unimportant and the latter electromagnetic and omnipotent.

They taught to suppress the weaker and evoke the stronger levels, yet seeking a middle way.

This was known as the greater conveyance by Nagarjuna in his book called Mulamajamakakarika whose conclusion was that humans should live their physical lives in emulation of what they are inspired in the heavens.

Simply living a physical life and following trends was portrayed as being asleep or dead and realising the vainness of such things and opting to enrich the spirit was called awakening or being enlightened.

Thus they believed humans were hosts of spirits and some of them, particularly the Buddhas, were preordained to be permanently possessed by high angels symbolised by the mucalinda (seven serpents).

The blacks of Asia believed physical death was impermanent and reincarnation came through reproduction.

The death they feared was spiritual and they would pray for their descendants to resurrect or awaken to the true knowledge of self and life.

This conforms to Bantu beliefs in the human being a ‘homwe’ (host) for ‘mashavi’, ‘mhepo’ or ‘mweya’, all meaning ‘spirits’. The ordained hosts of high angels are called ‘gombwe’ and these are equivalent to Buddhas.

In Shona culture, the reincarnation of a person or ‘kudzoka kwemunhu’ takes place in his descendants beginning with the birth of his offspring and being cemented with their attachment to their ancestral roots which we call ‘mudzimu’.

Individuals with the ability to catch the frequency of the spiritual realm are called ‘svikiro’.

This feat is called ‘awakening’ or ‘kumuka’.

Some ceremonies like ‘mapira’ or ‘kurova guva’ are meant to evoke such spirits to manifest in their chosen hosts with the aid of chanting, clapping, singing, playing the thumb piano (mbira) and drums (ngoma), slaughtering a beast, preparing grain wine and smoking cannabis (mupanjere).

The Shona believe giant serpents particularly a python is sacred. Thus there is a ban on killing them.

The reason being if one sees a python in a dream he would have seen an ancestral spirit or ‘mudzimu’.

‘Chivanhu’ is therefore identical to the way of the Buddhas of old.

Bantu groups like the Siddhi which are found in India and the remaining Nagas in places like Myanmar are evidence besides the stone monuments and sculptures of blacks of this Bantu-Buddha connection.